Skip to content
Become a member and get exclusive access to articles, live sessions and more!
Start Your Free Trial
Home > Features > Before & After with Delfeayo Marsalis 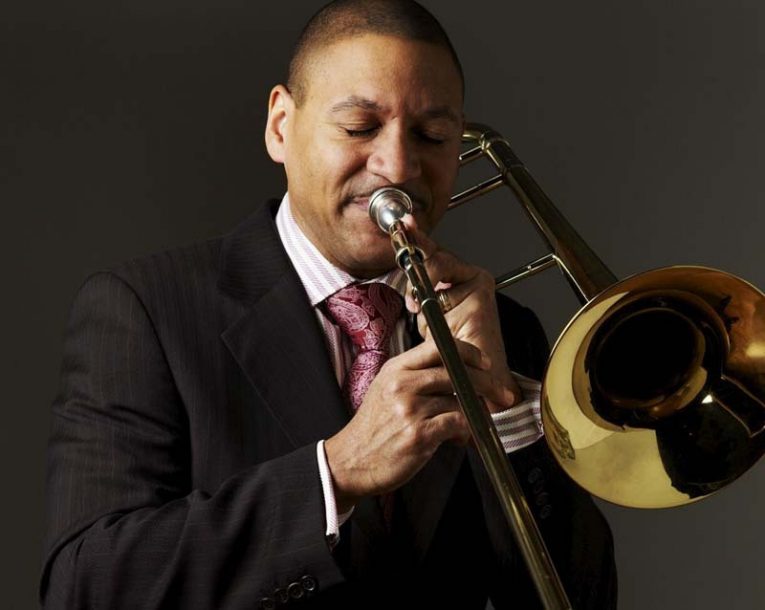 Walking into trombonist and producer Delfeayo Marsalis’ home in Uptown New Orleans is a little like stepping into a hyperbaric chamber of creative stimulation. A piano peeks out from beneath sheet music and a dozen or so awards. Books like John McCusker’s Creole Trombone: Kid Ory and the Early Years of Jazz sit on the coffee table and line the wall space not adorned with art, while trombones and horn parts battle for space in the corners. It’s a fitting home base for an artist whose creative output has long been characterized by big-picture thinking that aims to provoke as much thought as it does enjoyment.

The latest example of that work came in 2014 with The Last Southern Gentlemen (Troubadour Jass), an homage to the essential human element of jazz and his first full-length recording with his father, Ellis Marsalis. (Delfeayo is now 50, three years younger than his brother Wynton, who is a year younger than their brother Branford.) And while the trombonist’s acclaimed production skills have taken a backseat to performance lately, his producer’s hat is always on-a point he made abundantly clear while offering insights on the following selections.

For this Before & After listening session, originally done via Zoom and streamed live online, we decided that a multifaceted subject like bassist/composer/arranger/bandleader/educator John Clayton … END_OF_DOCUMENT_TOKEN_TO_BE_REPLACED

The history of jazz musicians “ghost-playing” parts in films for non-playing actors is a long and storied one. For every Jamie Foxx (who did play … END_OF_DOCUMENT_TOKEN_TO_BE_REPLACED

I’ve been JazzTimes’ primary obituary writer since 2017; last year, I wrote more obits than in the three previous years combined. It was a tragic … END_OF_DOCUMENT_TOKEN_TO_BE_REPLACED

Voting for the 2020 JazzTimes Readers’ Poll was conducted via an online survey at JazzTimes.com. Winners are bolded; runners-up are listed below in order of … END_OF_DOCUMENT_TOKEN_TO_BE_REPLACED