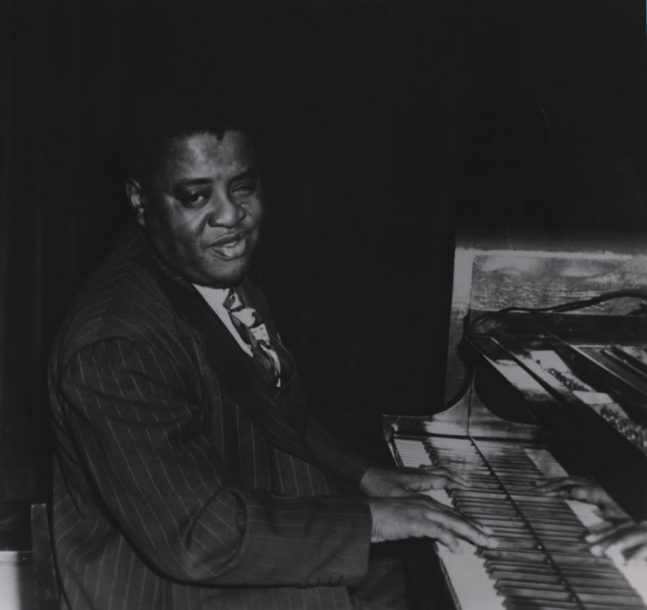 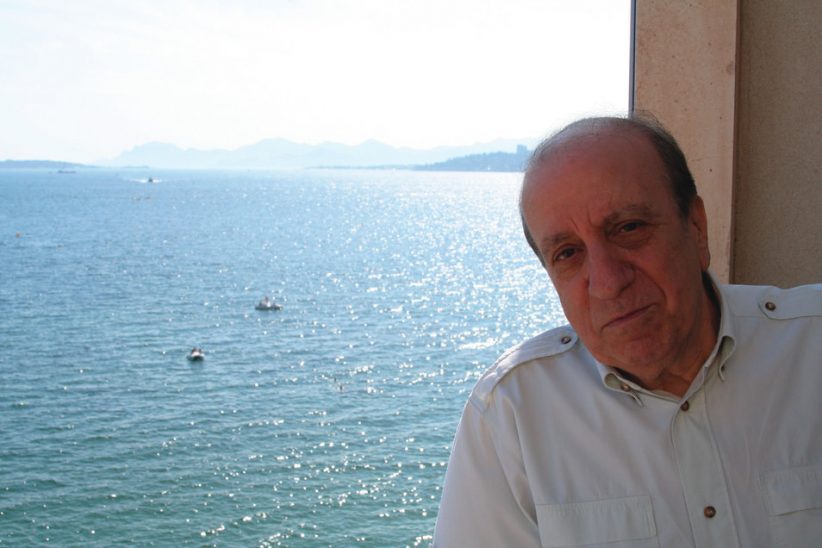 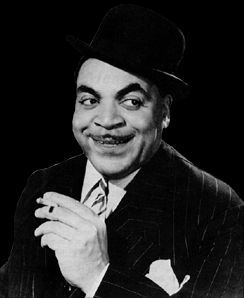 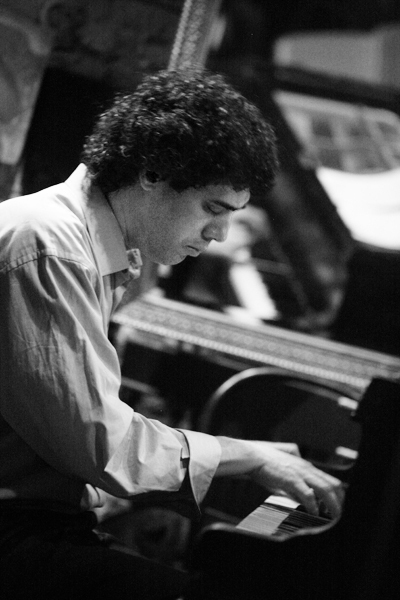 Willie “The Lion” Smith: He was James P.’s right hand man and a completely different flavor of human. All I can say is do yourself a favor and read Ii>Music on My Mind, his autobiography. He composed a number of highly original pieces for his record The Lion of the Piano, recorded in 1937 for Decca. I choose “Morning Air” as an example of his great harmonic sense and stride virtuosity.

Fats Waller: He was James P’s protégé. He challenged The Lion to a duel at age 16. Fats became the most prolific composer and beloved entertainer of his age. He was also one of the greatest pianists in jazz history. There are many examples of his greatness. I choose “Viper’s Drag” from 1934 for Victor.

Teddy Wilson: Teddy Wilson was the consummate pianist’s pianist. He had a flawless technique and perfected the walking 10th in the left-hand, the hallmark of his piano style. He recorded a series of solo piano pieces in 1935 for Brunswick. I choose his version of “Liza,” which Thelonious Monk later recorded using Teddy’s reharmonizations, which Monk often got the credit for.

Art Tatum: Art Tatum is a universe onto himself. He is the resolution point of the early style and the forward vector for the modern jazz style. There is so much material to choose from that it is nearly impossible. I choose “Just A Sittin’ and A Rockin'” from The Solo Masterpiece series in 1953 just because I love this tune so much.

Earl Hines: Earl Hines is the most modern jazz pianist in the history of our music. Hearing him in the context of his age is shocking. My favorite Earl Hines is in the latest years of his life when he had reached full musical satori and was at his most powerful. I choose a recording from 1973 called Live At The New School. The cut is a tune he recorded many times, “It’s The Talk of The Town.”

Thelonious Monk: Monk was a stride piano player in the Harlem stride tradition. He claims to have sounded like James P. There is no doubt when you hear his approach to solo piano. One of my favorite records is Alone In San Francisco, 1959, and I love the tune “There’s Danger In Your Eyes, Cherie.” Monk had amazing taste in tunes.

Hank Jones: Hank Jones is the most complete contemporary jazz pianist. He is the true bridge between the swing style of Teddy Wilson and the modern bebop language. My favorite solo piano record from Hank Jones is called Hank Jones: Piano Solo and I choose the standard “It Had To Be You,” from 1956.

Ray Bryant: Ray Bryant is an overlooked gem. His solo playing had a big impact on me. He incorporates the stride left hand and blues-inflected bebop lines. He plays real blues. I choose Ray Bryant: Alone With The Blues and the track is “Joy (Blues #2).”

Martial Solal: Solal is also overlooked. He is, in my opinion, the greatest living solo jazz pianist. His improvisations are like Earl Hines on acid and yet he is firmly planted in the stride piano tradition. My favorite is a recent recording he did, Martial Solal: Live at the Village Vanguard and the track I choose is “Lover Man.”

Spike Wilner is a New York-based pianist and the owner of Smalls Jazz Club and the smallsLIVE label. His latest release is La Tendresse (Posi-Tone).

In line with many resourceful jazz practitioners, Gilad Hekselman responded to the enforced isolation of the COVID-19 pandemic with a turning-lemons-to-lemonade attitude that ultimately eventuated … END_OF_DOCUMENT_TOKEN_TO_BE_REPLACED

It was the 1950s. Bebop had established itself as the new paradigm of jazz, but its newest popular variant, “cool jazz” or “West Coast jazz,” … END_OF_DOCUMENT_TOKEN_TO_BE_REPLACED

Session players have always been my thing. Not to take away from the singers or bandleaders or what have you, but I’m more interested in … END_OF_DOCUMENT_TOKEN_TO_BE_REPLACED

Walter Smith III has been burning the candle at both ends. As he connected with JazzTimes via Zoom from a New York City hotel room … END_OF_DOCUMENT_TOKEN_TO_BE_REPLACED