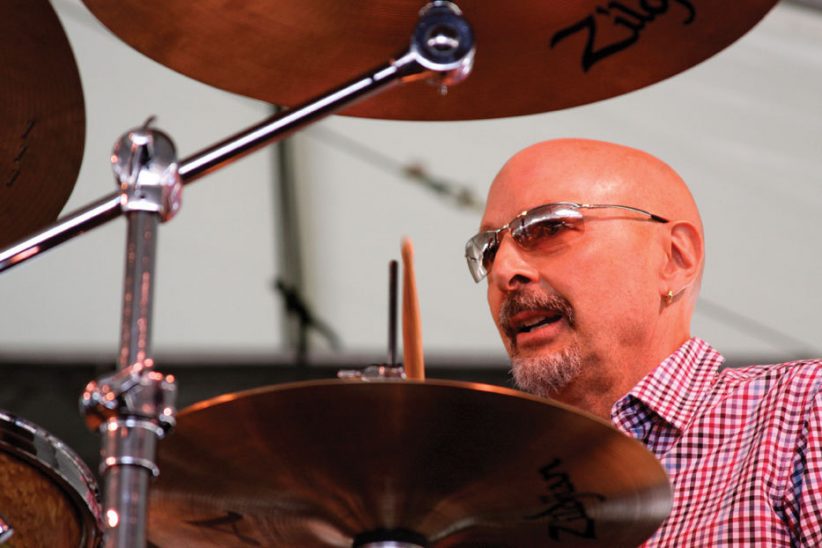 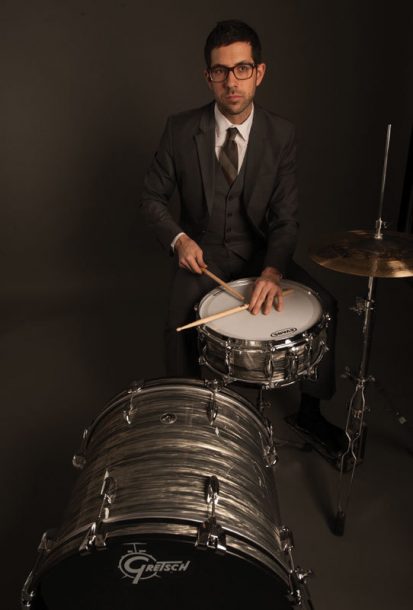 Jazz musicians have a strong tradition of building on the foundation of the giants who came before. We often hear about how we must listen to “the masters,” the key players during the developmental years of jazz. I agree with this 100 percent and have done a plethora of historical homework. But I also look to the musicians who are a generation or more younger than me for new concepts and innovations. Historically it’s been the young players who bring new ideas to the music.

I’m 59 years old and came of age in the late ’60s/early ’70s. My generation is stylistically quite diverse, from Terry Bozzio, Peter Erskine, Vinnie Colaiuta and Dave Weckl to Jeff Hamilton, Adam Nussbaum, Kenny Washington and Lewis Nash. We now have new generations of jazz drummers who are in tune with the tradition and have brought some fresh ideas to the music. Here are some songs featuring drummers, all younger than me, whom I listen to for inspiration and ideas.

Bill Stewart is blistering on this burner featuring a unique trio of drums, Larry Goldings on Hammond B-3 and Kevin Hays on acoustic piano. Bill’s ride-cymbal playing is focused, clear and expressive; the ride is well integrated into the rhythms being played on the rest of the kit. He uses a wide range of dynamics, which intensifies the peaks and valleys of both his comping and soloing. The solo sections of “Opening Portals” are in fact two duets, one with piano and the second with B-3. The drum solo starts alone and then Bill continues to develop his solo over Goldings’ walking bass. Bill has innovated some new sounds on the kit, such as virtuosic use of press rolls and extracting controlled overtones from the snare drum. Both are subtly used on this track in addition to some of his other trademarks, like the polyrhythmic foot ostinatos he maintains while playing over the bar lines with the hands.

I’ve often heard Eric Harland play at a very low dynamic level in a controlled and understated way, an approach in which he excels. But “Treachery” features Eric pulling out all the stops like I hadn’t heard before, playing busy time with a seamless flow of rhythms. In this piece, his quintet improvises using interactive, empathetic principles: call and response, pedal points, multiple layers of simultaneous soloing-which generates controlled chaos-and individual solos with vigorous rhythm section support. Eric’s use of stacked “staccato” cymbals and rimshots on the toms, mixed with his legato cymbal hits, gives his playing a blend of jazz and funk, yet his style doesn’t sound like fusion drumming.

Ari Hoenig plays with a deep sense of swing and profound control of time and tone. His ability to play both song melodies and swinging time is expertly-and soulfully-demonstrated on his take of the Bobby Timmons classic “Moanin’.” You have to hear this to believe it! “Stadium Jazz”

Mark Guiliana is another drummer with remarkable dynamic control; I’ve heard him burn at triple-pianissimo when playing in bassist Avishai Cohen’s trio. On “Stadium Jazz” we hear another side of his playing, full bodied with a heavy funk/groove approach. Mark’s kit is unique in that he uses only bass drum, snare drum, hi-hat, floor tom, stacked cymbals and one ride cymbal. He’s able to play with a full range of tones and textures with what can appear to be a limited setup. His solo over the 6/4 vamp is funky and rhythmically daring; he both respects and obscures the groove. Saxophonist Donny McCaslin gives Mark plenty of room to stretch out in the various sections of this Weather Report-inspired composition.

Chris Dave also employs a unique drum setup, sometimes using multiple snare drums instead of toms. We hear various snare sounds and smooth, legato cymbal crashes on “Afro Blue,” which keep the drum track sonically interesting. What I find particularly fascinating here is the severe swing factor that Dave uses with the placement of his bass drum and hi-hat rhythms. His approach sounds influenced by drum computer programming but takes on new life when played by a drum-set virtuoso.

In line with many resourceful jazz practitioners, Gilad Hekselman responded to the enforced isolation of the COVID-19 pandemic with a turning-lemons-to-lemonade attitude that ultimately eventuated … END_OF_DOCUMENT_TOKEN_TO_BE_REPLACED

It was the 1950s. Bebop had established itself as the new paradigm of jazz, but its newest popular variant, “cool jazz” or “West Coast jazz,” … END_OF_DOCUMENT_TOKEN_TO_BE_REPLACED

Session players have always been my thing. Not to take away from the singers or bandleaders or what have you, but I’m more interested in … END_OF_DOCUMENT_TOKEN_TO_BE_REPLACED

Walter Smith III has been burning the candle at both ends. As he connected with JazzTimes via Zoom from a New York City hotel room … END_OF_DOCUMENT_TOKEN_TO_BE_REPLACED