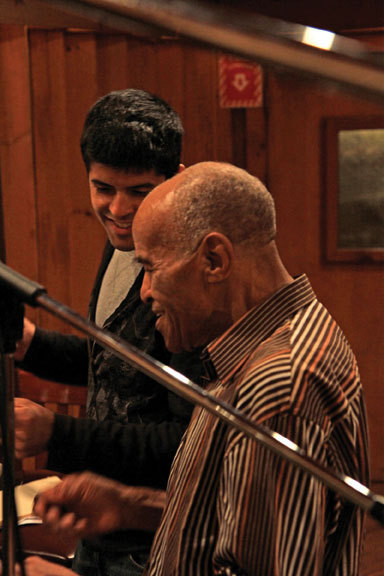 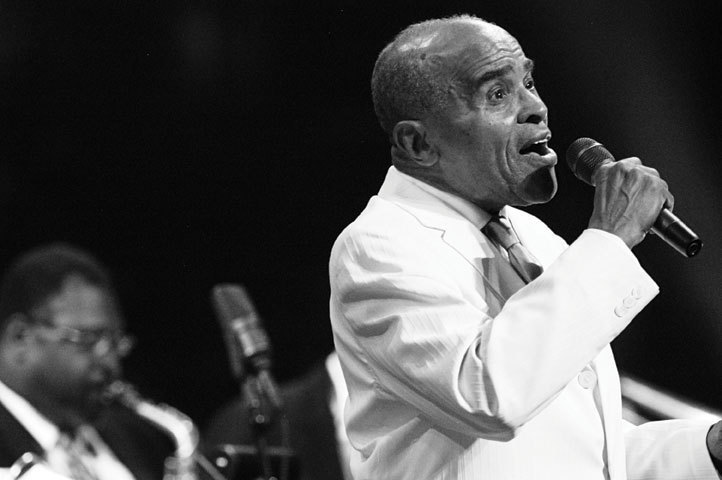 More than any superlative title can suggest, Jon Hendricks embodies the jazz spirit in the way I choose to see it: soulful, fresh, free and swinging. His voice is remarkable; his musical and lyrical choices are brilliant.

Jon is probably the only singer who can pull off a casually misogynous lyric with such soul and truth that you love him more for it.

“Gimme That Wine”
Recorded in Person at the Trident

Each version of this song is classic, but I like this live version because of Jon’s flow and vocal timbre. The hilarious lyric is clear even at this tempo.

This is the first version of “No More” I heard, and it inspired me to record it on my album We Move.

For me and probably anyone who likes this music, this is the defining vocalese solo.

This is a protest song that really showcases some of the genius and irony of Jon’s writing. Like his powerful baritone, this record hasn’t really been talked about much-but it should be.

A beautiful ballad, sung with love by Jon. This is a great record of ballads with fantastic string arrangements. I wish more people knew this side of Jon. I really didn’t until he gave me this record. I haven’t stopped playing it.

I wore this track out in school. The festive energy, arrangement and musicianship were exactly what I was looking for as a young instrument-loving singer.

A great song, solo and intro that is not often played.

Another great one from Times of Love (later released in the U.S. as September Songs). I love Jon’s now-classic lyric; it fits the vibe of the tune perfectly. A tricky tempo, and Jon sings it with so much love in his heart and still makes it swing.

In line with many resourceful jazz practitioners, Gilad Hekselman responded to the enforced isolation of the COVID-19 pandemic with a turning-lemons-to-lemonade attitude that ultimately eventuated … END_OF_DOCUMENT_TOKEN_TO_BE_REPLACED

It was the 1950s. Bebop had established itself as the new paradigm of jazz, but its newest popular variant, “cool jazz” or “West Coast jazz,” … END_OF_DOCUMENT_TOKEN_TO_BE_REPLACED

Session players have always been my thing. Not to take away from the singers or bandleaders or what have you, but I’m more interested in … END_OF_DOCUMENT_TOKEN_TO_BE_REPLACED

Walter Smith III has been burning the candle at both ends. As he connected with JazzTimes via Zoom from a New York City hotel room … END_OF_DOCUMENT_TOKEN_TO_BE_REPLACED