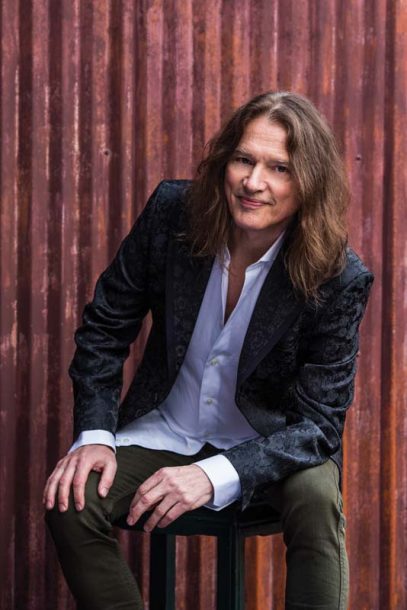 I’ve been playing guitar since I was 13 but my first instrument was the alto saxophone. Guitar eventually became my natural strength, but my love of the saxophone has never diminished. In fact, I have spent far more hours listening to tenor players than guitarists, and feel equally if not more influenced by the people presented here.

It’s important to listen to other instruments, and in so doing it will actually provide you with an edge in terms of developing an individual sound. You wind up sounding like those you listen to, you know?

This is my favorite instrumental blues of all time. The melody, aided by the angular use in the chords underneath, is magical. Wayne’s playing is so conversational, which is a real strength of his. He really takes his time developing the solo (a composition unto itself) and he is very much engaged with the rhythm section, which is also John Coltrane’s rhythm section. Elvin Jones is killing on this entire album.

This is another amazing example of someone really talking to you with his instrument. What I love about this performance is the light and humorous aspect. It’s friggin’ funny! But so melodic. The whole band has the right vibe playing behind Sonny, and Ray Bryant plays a beautiful piano solo. You can’t do this stuff alone. (Well, Sonny actually can!) I love the entire record, but it took a while to really get it. It was over my head when I first heard it.

Roland Kirk was a wild man, fierce and brave. Things needn’t be perfect to be brilliant, and he is one of the great examples of that. This midtempo ballad is a real journey, with a tempo change and Kirk eventually introducing additional horns-played by himself, of course. Elvin Jones is on drums again, and he and Roland have this thing rocking by the end, finished with an incredible cadenza on the tenor. Man, this stuff can’t be beat!

“Compared to What”
Swiss Movement (Atlantic, 1969)

In the world of jazz this is the funkiest recording ever made. Such a great song, and Eddie Harris is unbelievable on this record. He gets more out of the simplest things than any saxophonist before or since. Little riff after little riff, he builds so much intensity that it is stunning. Honestly, not enough can be said about his playing here.

Wayne is the number one composer in modern jazz for many of us, and this composition is a classic example of why. It’s a true journey that he takes you on. But beyond that, the way he plays the melody, it’s as though he’s saying I love you-in the hippest way, of course! So soulful but light, then strong. Just fantastic. If you haven’t heard this before, you are welcome. I can listen to it over and over again.

I’m a sucker for soul and simplicity when done by people who really understand its grandeur, and it’s all here with his classic quartet, along with plenty of sophistication, of course. Plus, Eric Dolphy is featured on bass clarinet and, may I say, I believe his performance on this recording is the best Eric Dolphy you’ll ever hear. This music is so deep: the mood, Coltrane’s confidence in the power of saying less rather than more, McCoy Tyner’s solo, the band. Unbelievable! (Also check out “Softly, as in a Morning Sunrise” from the same record.)

Think I have to finish up with my hero. I love the combination of the history of jazz and the complete deconstruction of it at the same time: That was the gift of the ’60s. This is Duke Ellington, the blues and freedom all wrapped into one. All great jazz is. Archie’s sound is so commanding, and his use of the entire range of the horn is breathtaking. This was the second jazz record I ever bought and it’s still one of my favorites.

In line with many resourceful jazz practitioners, Gilad Hekselman responded to the enforced isolation of the COVID-19 pandemic with a turning-lemons-to-lemonade attitude that ultimately eventuated … END_OF_DOCUMENT_TOKEN_TO_BE_REPLACED

It was the 1950s. Bebop had established itself as the new paradigm of jazz, but its newest popular variant, “cool jazz” or “West Coast jazz,” … END_OF_DOCUMENT_TOKEN_TO_BE_REPLACED

Session players have always been my thing. Not to take away from the singers or bandleaders or what have you, but I’m more interested in … END_OF_DOCUMENT_TOKEN_TO_BE_REPLACED

Walter Smith III has been burning the candle at both ends. As he connected with JazzTimes via Zoom from a New York City hotel room … END_OF_DOCUMENT_TOKEN_TO_BE_REPLACED