Skip to content
Become a member and get exclusive access to articles, live sessions and more!
Start Your Free Trial
Home > Features > Artist’s Choice: Paul Wertico on Pioneers of Jazz/Rock 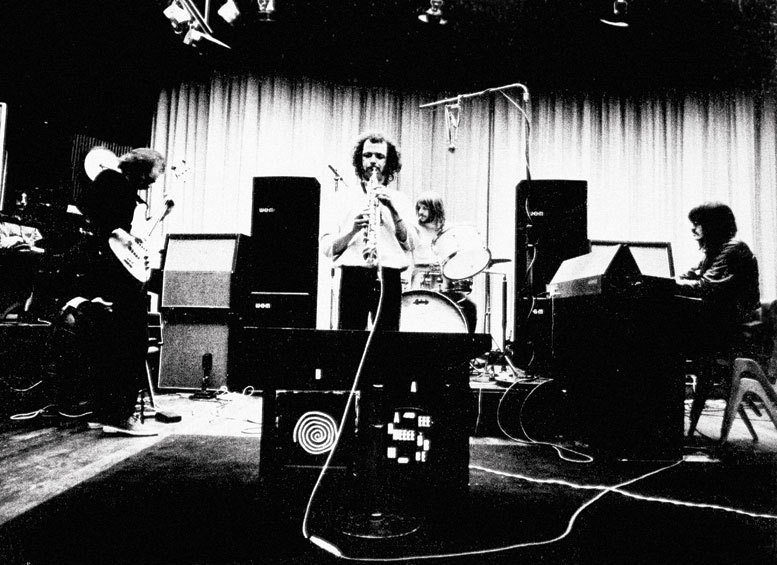 Although it’s now become commonplace for different musical styles to be blended at will, without fear or prejudice, there was a time not so long ago when jazz musicians, rock musicians and blues musicians broke through their respective musical dividing lines to form sounds that were not only new but often revolutionary. Here are a few of my favorite examples of musicians breaking new ground, not only as players themselves but also for the music scene as a whole.

New genres, such as jazz-rock, progressive rock and fusion, combined the advanced techniques and musical sophistication of jazz with the grooves, attitude and volume of rock and the earthiness, rawness and guts of the blues. So many recordings from the period between the mid-’60s to the mid-’70s sounded unique, and each band seemed to have a new sound and point of view. It was the heyday when horn players, string players, keyboard players (using new types of synthesizers) and sometimes vocalists combined with rhythm sections that seemed to be inventing new types of grooves on a seemingly daily basis.

This is the band that helped launch the careers of future music stars Ginger Baker, Jack Bruce, John McLaughlin, Jon Hiseman and Dick Heckstall-Smith. This particular tune features Baker playing a drum solo that contained an early version of many of the ideas and polyrhythms that he would later become famous for in the group Cream.

“Those About to Die”

Colosseum
Those Who Are About to Die Salute You (Fontana, 1969)

This tune contains a combination of different grooves-everything from Latin feels to boogaloo, from swing-boogie and big-band-type hits-all played brilliantly and effortlessly by drummer Jon Hiseman, as well as the rest of the band. The cut demonstrates that instrumental virtuosity and rock/blues sensibility can combine to create some very exciting music.

After several years of pop music success, Manfred Mann went back to his jazz roots with a recording that combined a blend of avant-garde jazz solos, swamp-like grooves and dark-sounding vocals with mysterious yet profound lyrics and great horn arrangements.

“The Sun and Moon Have
Come Together”

The Fourth Way
The Sun and Moon Have Come Together (Harvest UK, 1969)

Four jazz musicians playing electric instruments and improvising over a rock-type groove with looseness, adventure, musical tension and climaxes, all in front of an appreciative live audience.

This extremely tight horn band featured singer Genya Ravan belting out vocals with the intensity and soul that made comparisons to Janis Joplin inevitable. But Ravan had her own sound and the passion of her vocal delivery is all hers.

The band that launched the career of Mahavishnu Orchestra violinist Jerry Goodman. This tune contains plenty of raw jazz-rock with horns, vocals and that Chicago spirit and grit.

An absolutely brilliant composition and performance by the band’s drummer/vocalist, Robert Wyatt. This double-album contained one song per side, and all four sides explored vast amounts of musical territory.

“What Did I Say About the Box, Jack?”

A wonderful non-brass horn band’s extended journey into different grooves and styles, all expertly played with passion and feel along with great flute, guitar and sax solos.

A really great version of Eddie Harris’ classic composition. It features some incredible vocals by Alex Ligertwood and the Average White Band’s original drummer, Robbie McIntosh, playing with the solidity and soulfulness he was famous for.

One of the most underrated guitarists in music, Mandel released a fantastic recording with great compositions and beautiful playing that explored various odd meters. It’s also one of the earliest recorded examples of utilizing two-handed tapping techniques on guitar. Plus, the album’s cover art is classic!

In line with many resourceful jazz practitioners, Gilad Hekselman responded to the enforced isolation of the COVID-19 pandemic with a turning-lemons-to-lemonade attitude that ultimately eventuated … END_OF_DOCUMENT_TOKEN_TO_BE_REPLACED

It was the 1950s. Bebop had established itself as the new paradigm of jazz, but its newest popular variant, “cool jazz” or “West Coast jazz,” … END_OF_DOCUMENT_TOKEN_TO_BE_REPLACED

Session players have always been my thing. Not to take away from the singers or bandleaders or what have you, but I’m more interested in … END_OF_DOCUMENT_TOKEN_TO_BE_REPLACED

Walter Smith III has been burning the candle at both ends. As he connected with JazzTimes via Zoom from a New York City hotel room … END_OF_DOCUMENT_TOKEN_TO_BE_REPLACED