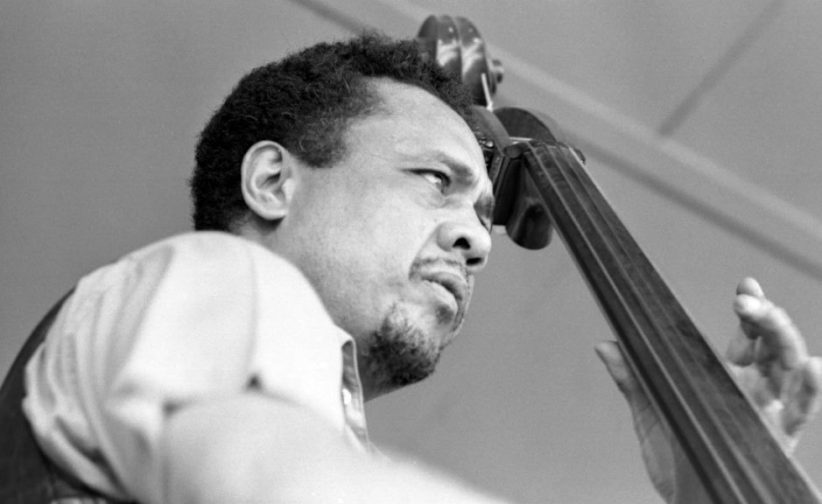 The years 1964 and 1965 produced a staggering number of influential modern jazz recordings. In almost every case, the bassists who played on these essential albums were on more than one of them. With the exception of Charles Mingus, the majority of these bassists came of age at a time when the instrument had been liberated from the well-defined walking lines of the 1950s to the more interactive approach of the post-Scott LaFaro era.

More important, the music as a whole had changed significantly by the early 1960s, and these guys at the forefront were among the most creative and individual voices in jazz-bass history. I apologize for those bassists I needed to leave out due to space constraints: Charlie Haden, Steve Swallow, Henry Grimes, David Izenzon, Cecil McBee and Reggie Workman were all on my original list, and should be heard in the context of the great recordings of 1964-65.

I had this on LP when I was in my teens and always loved the way Mingus maintained a running musical commentary throughout this entire ballad medley. Whether he’s playing the melody, playing in counterpoint to it or soloing, this is an amazing display of virtuosity in complete service of the music. Mingus was also using extended techniques, such as the left-hand hammer-on and double-stop lines moving in contrary motion, that opened the way for so many to follow.

I’ve always loved Jimmy’s time feel, sound and creativity, but his bass solos hold a special place in my heart. Beside his sheer inventiveness, he consistently displayed an emotional warmth and sense of musical balance that I admire. There are many great recorded solos from this time, both live and studio, but this one captures Jimmy’s musical essence for me. I like to think of Jimmy’s solos as bass songs that create a beautiful balance and contrast in every piece they inhabit.

I chose this piece because it’s always been a favorite of mine. It really demonstrates Ron’s creativity, his harmonic and rhythmic ingenuity and his incredible focus and control. He always knows when to put his ideas out there and when to provide a stable yet supple pulse for his rhythm section partners to bounce their ideas off of.

“Everything Happens to Me”

I really love Richard’s playing on Dear John C., and with Elvin Jones in general. On this track he plays a very sweet but somewhat urgent walking line behind Charlie Mariano’s gorgeous alto sound and solo, breaking things up along the way but mostly laying down a supportive line with a very melodic shape that comes through in this pianoless setting. In his solo he immediately starts to tell his own story, beginning with a series of lower-register double-stop glissandos, followed by a supercharged abstraction of the tune. He utilizes fragments of the melody, harmonic shapes and well-placed splashes of color before nonchalantly returning to the time as though nothing unusual had occurred. He then brilliantly interjects some of these same ideas into the final melody statement, tying everything together.

Tony was always a leader and innovator, literally avant-garde in his ability to anticipate where jazz was going and to help move it to where he thought it should be. Gary made incredible recordings in 1964, with Evans’ Trio 64 on one end of the spectrum and Albert Ayler’s Spiritual Unity on the other. On Spring, he really lays it out there for the modern bassist in a freely improvised yet time-pulse-swing-related world. The long sustaining notes, focused tone, pointillistic abstractions across the full range of the bass, pure creativity and interactivity make this a spectacular recording for Gary Peacock. Bassists love it for his open E-string alone!

Michael Formanek is a bassist, composer and educator based in Baltimore, where he directs the Peabody Institute’s Jazz Orchestra and teaches full-time in Peabody’s jazz studies department. His long list of credits and accomplishments includes Tim Berne’s Bloodcount and two recent albums as a leader for the ECM label. Visit him online at amibotheringyou.com.

In line with many resourceful jazz practitioners, Gilad Hekselman responded to the enforced isolation of the COVID-19 pandemic with a turning-lemons-to-lemonade attitude that ultimately eventuated … END_OF_DOCUMENT_TOKEN_TO_BE_REPLACED

It was the 1950s. Bebop had established itself as the new paradigm of jazz, but its newest popular variant, “cool jazz” or “West Coast jazz,” … END_OF_DOCUMENT_TOKEN_TO_BE_REPLACED

Session players have always been my thing. Not to take away from the singers or bandleaders or what have you, but I’m more interested in … END_OF_DOCUMENT_TOKEN_TO_BE_REPLACED

Walter Smith III has been burning the candle at both ends. As he connected with JazzTimes via Zoom from a New York City hotel room … END_OF_DOCUMENT_TOKEN_TO_BE_REPLACED