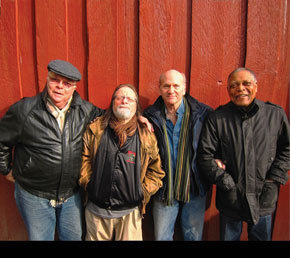 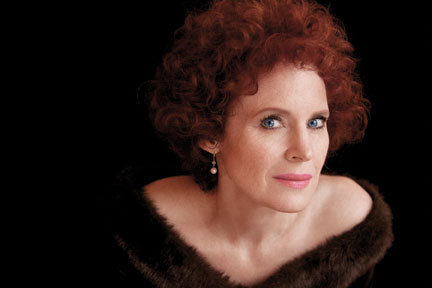 Pianist Richie Beirach’s prolific artistic output-300 original compositions, 200 recorded, 260 recordings as a leader or coleader, 300 as a sideman-has consistently demonstrated his brilliant musicianship throughout a diverse career spanning four decades. Conceptually, his playing and compositions encompass a vast range of genres and strategies including classical music (from Bach to Stockhausen), free playing and the overall reworking/reharmonizing of familiar classical and jazz pieces as vehicles for improvisation. Richie is a master of motivic development, chromatic harmony, free playing and lyricism. He also has an incredibly expressive touch and tone, and his work has had a profound influence on a new generation of musicians. It’s a challenge for me to pick favorites because all of Richie’s artistry has such depth, but here are some selections that I personally love.

Before saxophonist Dave Liebman, bassist George Mraz and drummer Al Foster join in, this rendition of Richie’s original features an extended solo piano intro. Dave’s solo over the last two bars of the form totally transforms the spirit of the tune. Richie then brings back the melody, playing it very simply, which creates a wonderful contrast with the preceding part.

On Richie’s tribute to Bill Evans, his rendition of Miles’ “Nardis” is a high-energy, uptempo burn, completely different from the Bill Evans version on Explorations. Richie fosters great interaction between himself, Mraz and Foster.

“Pendulum” is based on a chromatic melody and a pedal point, with masterful motivic development from Richie and seamless interaction among the trio members (Mraz and drummer Jack DeJohnette).

This is an excellent example of taking a classical piece and reinventing it as a vehicle for jazz improvisation. The melody and harmonic progression are gorgeous, and Richie uses them to create a sense of a re-composition of this Chopin masterpiece.

VARIOUS ARTISTS
Some Other Time: A Tribute to Chet Baker (Triloka, 1990)

“Broken Wing” is a melancholy waltz that Richie wrote for and originally recorded with Chet Baker. On this recording, also featuring Mraz, Michael Brecker, Randy Brecker, John Scofield and Adam Nussbaum, Randy performs the melody beautifully. All of the solos embody heartfelt emotion.

“What Are the Rules?”

This trio (with bassist Dave Holland and DeJohnette) was the 1972-73 Stan Getz rhythm section. “What Are the Rules?” is a free piece showcasing the trio’s deep and affecting chemistry.

VARIOUS ARTISTS
Some Other Time: A Tribute to Chet Baker (Triloka, 1990)

In his liner notes for this tribute to Baker, Richie describes the trumpeter’s playing as “emotionally honest,” words that so aptly describe his own playing. This performance of “Young and Foolish,” with a very creative reharmonization in which each chorus has a different set of changes, is extremely powerful. And Richie’s artful use of space allows the music to breathe and the piece to unfold naturally.

Joe Farnsworth, whose drumming has been the driving wheel in bands led by McCoy Tyner, Benny Golson, Harold Mabern, and Pharoah Sanders, is coming to … END_OF_DOCUMENT_TOKEN_TO_BE_REPLACED

Recently I was at a café wrapping up a day by reading Edwardian ghost stories, bored by the music on the sound system and not … END_OF_DOCUMENT_TOKEN_TO_BE_REPLACED

“I live close to the ocean here in Los Angeles, so I’m surfing pretty much every day, and fortunately my family is close by—my folks, … END_OF_DOCUMENT_TOKEN_TO_BE_REPLACED