Musical epiphanies are moments in my own listening experience that have inspired me to create. These recordings are directly or indirectly responsible for the path I’ve chosen in music. They could be divided up two ways: The first are things I heard that encouraged my own sense of compositional adventure. The second just made me want to play for hours and hours.

Listen to a Spotify playlist featuring most of the songs in this Artist’s Choice: 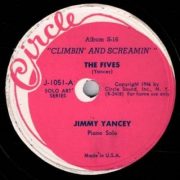 When I was a student at the University of Maryland, Baltimore County, and I first started trying to tinker around with the piano, I would invariably divide my time between half-assedly attending classes and spending the bulk of my time in the piano rooms and the library, where I could access anything I wanted. I first encountered this tune on a compilation album and I was in love. The beat made me want to go to where that was coming from. I could not articulate it. I can’t hardly articulate it now, but it really moved me.

Chuck Brown and the Soul Searchers
“Harlem Nocturne”
Any Other Way to Go? (Rhythm Attack, 1987)

This was my first exposure to anything that sounded, in my young mind, like what I thought jazz was supposed to sound like. Those breaks and that go-go orientation were so ingrained in me because I grew up in D.C. when they were omnipresent. When I heard the original “Harlem Nocturne,” my first instinct was like, “Man, they jacked the beat up.” I had to put myself in another time period so I could understand it. 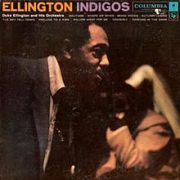 I was always the type of kid who, if I heard old people talking, I’d try to listen to what they were saying, especially if they were talking in low tones, like they were serious. [A relative] would talk about Duke Ellington that way, and about Basie and Monk. He kind of mythologized them in my mind. Later I would take my little spare change from doing landscaping work and go to the record store. Not knowing anything about jazz, I would buy the records based on the cover art. I bought Ellington Indigos, and the first thing I put on was “Solitude.” He’s playing the piano out front and sounds like he’s in a room by himself, and it sounds huge and beautiful and from another world. It just burst me into tears, man. I couldn’t believe it. 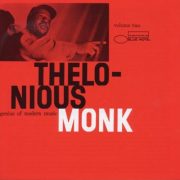 Me and my friend, who was a trumpet player, bought this Monk cassette tape. We went to the dorm room to listen to it, and we played the first side of the tape, and we didn’t say nothing. We played the second side of the tape, and didn’t say nothing. It was the first time we had heard Monk. Then we both kind of turned to each other and said, almost at the same time, “Monk is a bad motherfucker!” When I saw [this album], I said, “I’m coppin’ that.” I listened to all of these things and then for some reason, [“Carolina Moon”] was the most different track. Just the sound of it and the arrangement—it had a beauty to it that just caught me. It struck me on an emotional level that I can’t exactly describe, even to this day, but it stays with me to this day. You know how music goes in you and it’s just in you? That’s what that track is. 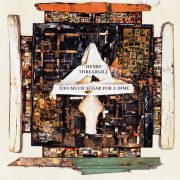 Henry Threadgill
“Paper Toilet”
Too Much Sugar for a Dime (Axiom, 1993)

To have multiple pockets going on with that kind of instrumentation, and it’s extended compositionally and it’s interesting—it’s a trip. It’s got to be a trip to hold me, and that’s certainly a trip. I really admire him, as a composer, conceptually. This was another [I bought for] the record cover. If you’ve ever seen that album cover, it’s like, Oh man, what the fuck is this? 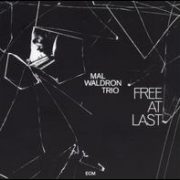 Oh, my god. That was the man. He was so cool. Again, like Monk, you had total confidence and faith that every note is where it’s supposed to be. Again, the groove pocket and the harmonic and melodic shape of it. Plus, he was Billie Holiday’s last piano player; he played with Mingus. He showed me that you could be funky and free. But let me add a caveat that you could be funky and free with a structure. 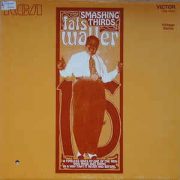 I discovered this around the same time that I discovered Jimmy Yancey. I think it was on the same disc. He’s just irresistible on so many levels, and then the technical prowess. I could never play “Smashing Thirds.” It would smash the thirds out of me. I marvel at his technique, his touch, his humor, his beauty. And with the technical prowess is also the warmth of his feel and his beat, which is just irresistible. 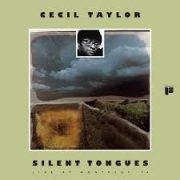 It’s hard to talk about Cecil in short sentences. I really wanted [to choose] the whole record, Silent Tongues, but that last piece was such a summary of the themes and the call-and-response. To me that’s one of his most seamless performances. That last movement, you hear him thread together and summarize the entire concept but he puts it almost in a John Coltrane-ish “After the Rain” peaceful place. I love Cecil Taylor for the sheer beauty of his adventure. 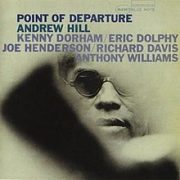 I had the privilege of knowing Andrew for the last 13 years of his life. I remember talking to a professor and I was saying to him, “I really dig Monk and I really dig Herbie Nichols, and I’m digging on Randy Weston. Who’s some of the other cats?” He said, “You’ve got to check out Andrew Hill.” I said, “I never heard of him.” The first thing I heard was “Refuge” from Point of Departure. The way that the chord progressions go and the way that he harmonically cast it, it was very arresting and ominous in a way that didn’t feel threatening but felt urgent. 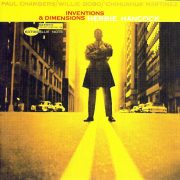 I vacillated between this and “Rockit.” I love the way Herbie Hancock casts rhythm, the way he thinks about rhythm. It’s multilayered and has lots of colors. That’s like a moth-to-a-flame kind of stuff. Again, to get me it’s got to be a trip, and the rhythm and these colors and structures and this flowing improvisation, that’s gonna be my grits and gravy.

In line with many resourceful jazz practitioners, Gilad Hekselman responded to the enforced isolation of the COVID-19 pandemic with a turning-lemons-to-lemonade attitude that ultimately eventuated … END_OF_DOCUMENT_TOKEN_TO_BE_REPLACED

It was the 1950s. Bebop had established itself as the new paradigm of jazz, but its newest popular variant, “cool jazz” or “West Coast jazz,” … END_OF_DOCUMENT_TOKEN_TO_BE_REPLACED

Session players have always been my thing. Not to take away from the singers or bandleaders or what have you, but I’m more interested in … END_OF_DOCUMENT_TOKEN_TO_BE_REPLACED

Walter Smith III has been burning the candle at both ends. As he connected with JazzTimes via Zoom from a New York City hotel room … END_OF_DOCUMENT_TOKEN_TO_BE_REPLACED