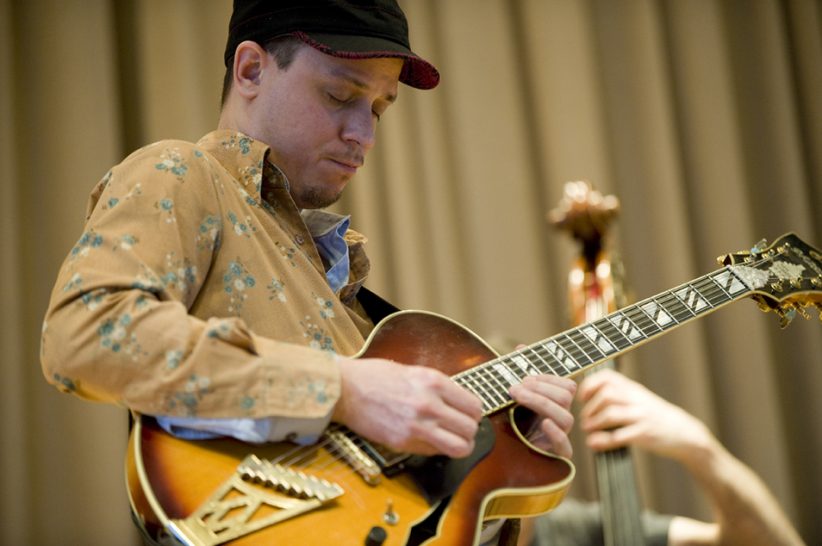 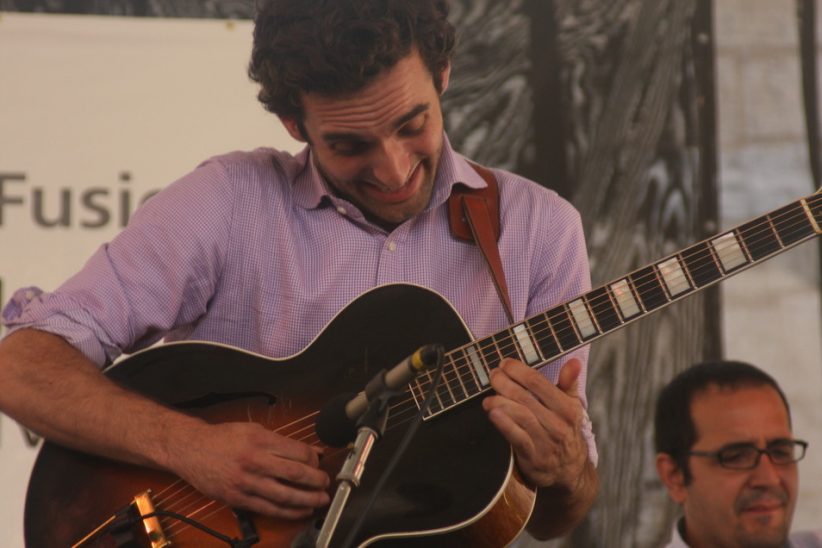 At the onset of this project, I started thinking about what musicians inspired me most-what individuals seemed to be the most influential in my development. And, apart from my undying love and respect for the masters who have laid the foundation for this musical community, it occurred to me how the people who inspire me the most are so often my contemporaries.

It is a total privilege to witness the music of today being created, and I look to these players and composers as beacons of the social and musical climate that we all share. I feel incredibly grateful to be a part of the guitar community at large and, more specifically, the jazz-guitar community. So here are 10 recordings of jazz guitarists whom I consider to be integral within the modern scene-players who represent the creative passion, virtuosity and musicality I see all around me. It’s an honor to share them with you.

“Six Keys for Each City”
Mary Halvorson
Calling All Portraits (Phantom, 2008)
I love this piece because it showcases Mary’s incredible compositional and improvisation styles, which combine melodic and rhythmic ideas that are intellectually stimulating as well as adventurous and whimsical in nature.

“Time and the Infinite”
Adam Rogers
Time and the Infinite (Criss Cross, 2007)
This piece is a huge inspiration to me on many levels. Not only is Adam’s playing brilliant and an incredible example of utilizing classical guitar technique within a jazz context, but it is also such an integrative and beautifully designed composition, written in such a way to make a traditional jazz-guitar trio feel like a small chamber group.

“Purim”
Gilad Hekselman
SplitLife (Smalls, 2006)
One of the things I love most about Gilad’s playing, and which is showcased beautifully in this piece, is his ability to maintain a sense of intimacy even as he plays phrases and melodies that have a strong sense of forward propulsion. No matter how much his improvisations build and develop over the course of the song, I always feel as a listener that he is playing directly to me.

“Liebslied”
Wolfgang Muthspiel & Mick Goodrick
Live at the Jazz Standard (Material, 2010)
The way Wolfgang and Mick interact shows a kind of sensitivity and deep listening that is of the highest order. Their sounds blend together to create what feels like a guitar orchestra, and the vocabulary they use represents jazz guitar’s rich history as well as its future.

“Late, By Myself”
Theo Bleckmann & Ben Monder
At Night (Songlines, 2007)
This piece showcases Ben’s incredible ability to highlight the melodies within the harmonies. With tremendous clarity of inner voices and his beautiful sound on the acoustic guitar, Ben’s playing on this track serves not only as an example of the orchestral potential of the guitar, but also as a study in how to interact with a vocalist in a non-traditional way.

“I Loves You Porgy”
Lage Lund
Standards (Lage Lund, 2007)
I love Lage’s interpretation of this standard because he is able to showcase his fluid and effortless technique on the acoustic guitar, all while shining a light on the melody and harmonic motion that makes the song so special.

“Benny’s Tune”
Lionel Loueke
Karibu (Blue Note, 2008)
This is one of my all-time favorite songs. Lionel’s playing on this song embodies the purest essence of improvisation, always exciting and full of humor and risk-taking.

“Blue Line”
Kurt Rosenwinkel
Heartcore (Verve, 2003)
When I first heard this song, I remember being immediately blown away by the clarity of direction within the composition, as though every twist and turn within the melody was completely inevitable. Kurt’s compositional style is such a natural extension of his improvisational approach, and it is this holistic sensibility that provides me with endless inspiration. Also, the transition from the guitar solo into the sax solo is one of my all-time favorite musical moments on record.

“Crooked Creek”
Brian Blade Fellowship
Perceptual (Blue Note, 2000)
Kurt Rosenwinkel’s solo on this, for me, is the ideal example of an improvised solo that is relatively short in length but hits the ground running and continues to build in the most organic way. This solo, though improvised, stands as a compositional element of the song and is such a major contribution to the piece as a whole.

A Venn diagram of Kirk Knuffke’s musical production would be complicated to decipher. Born and raised in Colorado, mentored by the late Ron Miles, Knuffke moved … END_OF_DOCUMENT_TOKEN_TO_BE_REPLACED

In an interview with Wayne Enstice and Janis Stockhouse in Jazzwomen: Conversations with Twenty-One Musicians more than 20 years ago, pianist/composer Joanne Brackeen described herself … END_OF_DOCUMENT_TOKEN_TO_BE_REPLACED

In 2020, to celebrate JazzTimes’ 50th anniversary, we made a bold (some would say foolhardy) call: the top 50 jazz albums of the past 50 … END_OF_DOCUMENT_TOKEN_TO_BE_REPLACED

In 2020, to celebrate JazzTimes’ 50th anniversary, we made a bold (some would say foolhardy) call: the top 50 jazz albums of the past 50 … END_OF_DOCUMENT_TOKEN_TO_BE_REPLACED