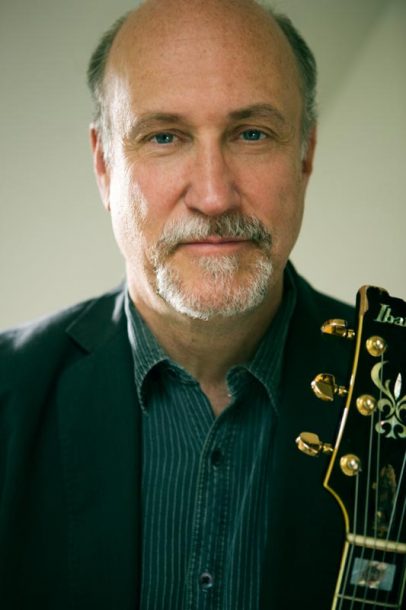 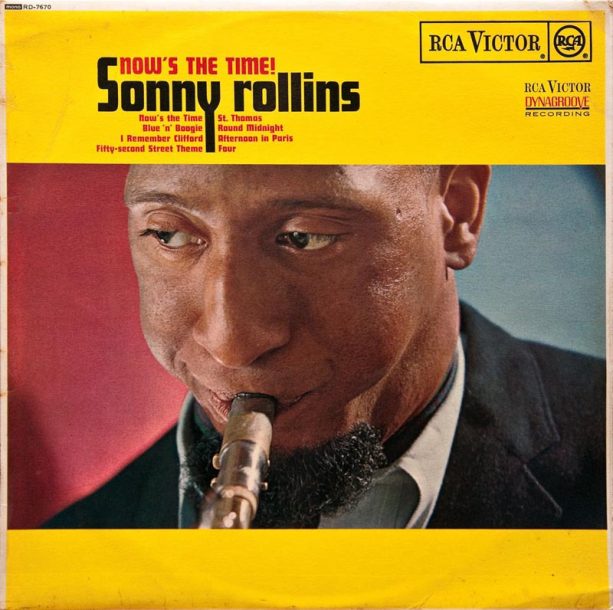 In his playing on these standard forms throughout Now’s the Time! (RCA Victor, 1964), Sonny shows us how he mixes it up to keep his solos engaging: short phrases, long phrases, long tones, fast notes, space, melodies, intervallic structures, thematic development. He uses everything, and it keeps us interested. He never gets bogged down. He’s really on fire on this record.

This is one of the most beautiful, swingin’ examples of a modern jazz-blues. And there are parts of the solo [that] every time I hear it, I start to sing along. Now’s the Time! is very personal for me, because not only do I love it and know it really well, but it’s [what I was listening to] when I was learning how to construct modern jazz in my own playing. I comped a lot of the solos. Even though I wouldn’t learn the whole solo, just by ear little phrases would pop in.

They really stretch on this. The first tune is concise, but on “Blue ‘n’ Boogie,” because it’s a fast tempo, Sonny eats it up forever. First he’s dissecting this funny little melody that “Blue ‘n’ Boogie” is, and he really has a thematic improvisation concept at work, where he’ll take a little phrase and he’ll play it all backwards and forwards. And doing that in rhythm is a great thing that Sonny did: taking little note cells and using them rhythmically, playing them on and off the beat. That’s a lesson right there.

It’s just one chorus. He plays little bits of the melody, but mainly Sonny solos over the whole thing and it’s incredible. It’s a lesson in how to make a ballad recording. Because a lot of guys did that, where they would play a little bit of the melody and get right to improvising, and Sonny does that. And he plays a lot of fantastic, old-timey bits that almost sound like other tunes, other ballads, other jazz songs. Sonny had this fantastic relationship with melodies and songs, and he must know a million songs, because they come through in his playing and he uses those melodies.

This is another one of those melodies where Sonny can mess with it. It’s this little theme and Sonny kind of takes it apart. It’s really loose; you can tell he and Thad already know it, so they’re having fun with it.

This song kills me, and Herbie Hancock just kills me with his chords. The way he voices this stuff, it’s like Bill Evans-plus: his feel, the way he sets up a harmonic mood, the mood that he evokes on this song. Sonny, of course, sounds so fantastic playing this classic song, one of the great songs of all time.

Somehow, in these three minutes you’re able to hear everyone playing something beautiful and shining in an improvisational way. I love this track. I love the tune. I love Herbie’s voicings. I love the way Sonny plays loose on this. He only gets two choruses to do the whole tune, and he alludes to the melody at first and then plays some of his own stuff in between. It sounds inspired and like a solo even though he’s still really playing the head.

Again, I can sing parts of the solo. I love the way he breaks it up and trades with the band and lets them play and then comes back in, rejuvenated and playing all this amazing stuff.

In line with many resourceful jazz practitioners, Gilad Hekselman responded to the enforced isolation of the COVID-19 pandemic with a turning-lemons-to-lemonade attitude that ultimately eventuated … END_OF_DOCUMENT_TOKEN_TO_BE_REPLACED

It was the 1950s. Bebop had established itself as the new paradigm of jazz, but its newest popular variant, “cool jazz” or “West Coast jazz,” … END_OF_DOCUMENT_TOKEN_TO_BE_REPLACED

Session players have always been my thing. Not to take away from the singers or bandleaders or what have you, but I’m more interested in … END_OF_DOCUMENT_TOKEN_TO_BE_REPLACED

Walter Smith III has been burning the candle at both ends. As he connected with JazzTimes via Zoom from a New York City hotel room … END_OF_DOCUMENT_TOKEN_TO_BE_REPLACED