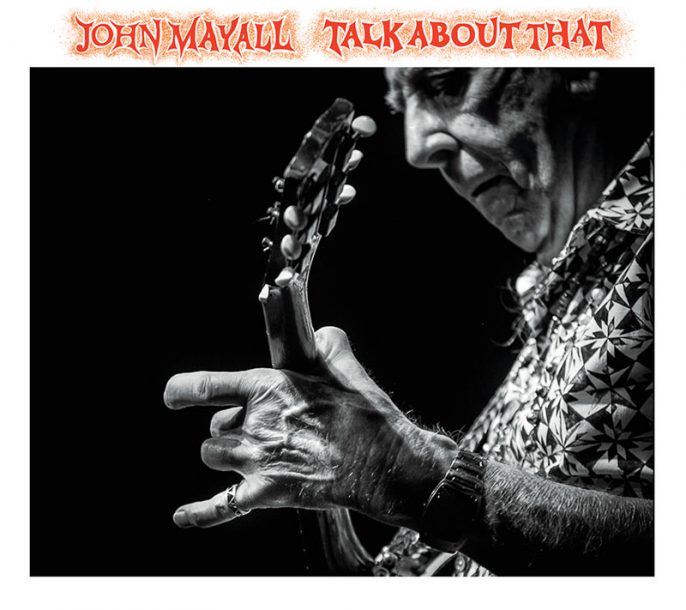 John Mayall: "Talk About Me" 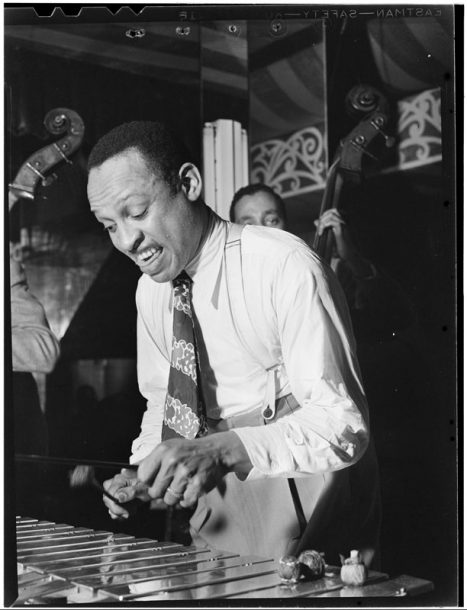 Lionel Hampton in 1946 (William P. Gottlieb/courtesy of the Library of Congress)

This list could go on forever, as there are so many special pieces of music in my life, but here are 11 jazz or jazz-influenced tracks that had a big impact on me when I was coming up in England and still hold a lot of personal meaning.

Spirits of Rhythm
“My Old Man” (Brunswick, 1933)
My father had all the 78s by this great group that featured guitarist Teddy Bunn, and as a kid I loved the unusual [string-band] combination and this track in particular. I even played it in my first band.

Django Reinhardt & the Quintette du Hot Club de France
“In the Still of the Night” (HMV, 1936)
It was a sad day when I learned that Django had died, and this track still moves me.

Benny Goodman Sextet
“Shivers” (Columbia, 1939)
The genius of Charlie Christian shines through on this track. A pioneer of electric jazz guitar, his style influenced many.

Harry James & the Boogie Woogie Trio
“Boo-Woo” (Columbia, 1939)
Pianist Albert Ammons was my first boogie-woogie hero, and it was an unusual move for him and trumpeter Harry James to team up.

Lionel Hampton
“Ridin’ on the L and N” (Decca, 1947)
A great track from the vibraphonist/bandleader, and a fun driving song that I incorporated into my own live performances and still play today.

Ray Charles
“Mess Around” (Atlantic, 1953)
This track is apparently an impromptu jam that happened when Ray teamed up with Ahmet Ertegun, and it brought Ray into the big-time almost overnight.

The Jimmy Giuffre 3
“The Train and the River”
The Jimmy Giuffre 3 (Atlantic, 1957)
This track showed me that a swinging group could operate without drums, and was the inspiration for me to form the band that appears on The Turning Point.

Charles Mingus
“Better Git It in Your Soul”
Mingus Ah Um (Columbia, 1959)
I love the musical adventures of Charlie Mingus, and this track combines elements of jazz, soul, rock, gospel and blues and features a great lineup.

Johnny Griffin
“Soft and Furry”
Change of Pace (Riverside, 1961)
Johnny Griffin has always been one of my favorite tenor sax men, and he plays here in an interesting small-group combination featuring two basses.

In line with many resourceful jazz practitioners, Gilad Hekselman responded to the enforced isolation of the COVID-19 pandemic with a turning-lemons-to-lemonade attitude that ultimately eventuated … END_OF_DOCUMENT_TOKEN_TO_BE_REPLACED

It was the 1950s. Bebop had established itself as the new paradigm of jazz, but its newest popular variant, “cool jazz” or “West Coast jazz,” … END_OF_DOCUMENT_TOKEN_TO_BE_REPLACED

Session players have always been my thing. Not to take away from the singers or bandleaders or what have you, but I’m more interested in … END_OF_DOCUMENT_TOKEN_TO_BE_REPLACED

Walter Smith III has been burning the candle at both ends. As he connected with JazzTimes via Zoom from a New York City hotel room … END_OF_DOCUMENT_TOKEN_TO_BE_REPLACED