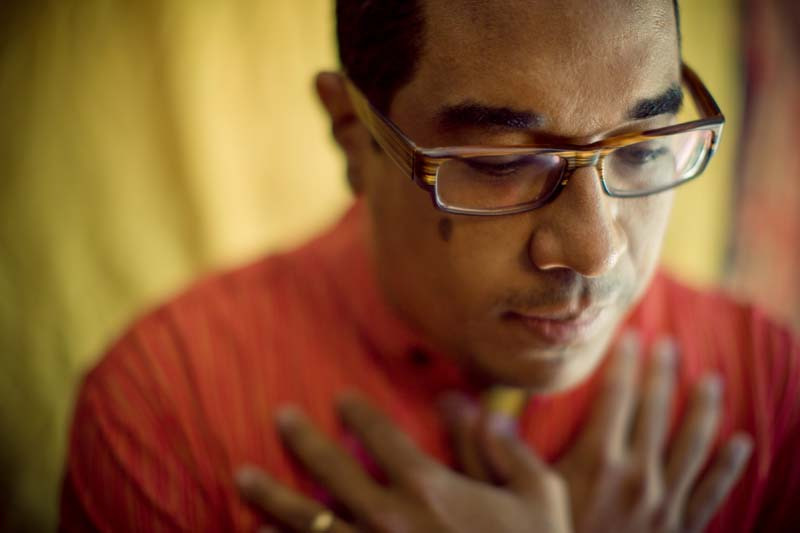 These are six pianists that I feel are in the tradition of the music but have always searched outside of the tradition, pushing and trying to find their own unique style and voice, whether that be through writing, arranging, playing, improvising or instrumentation. They’re thinkers. These aren’t necessarily their best performances, but the things I like about these players are in these recordings.

Gonzalo is known for having a lot of chops and playing a whole lot of piano, but on this track, although he doesn’t play that much, his touch is the best. Touch on a piano is an interesting thing-a lot of times it’s not what someone plays, it’s how they play it. Miles had a sound, Trane and Sonny Rollins had a sound, Branford [Marsalis] has a sound. Pat Metheny, who is on this track, has a sound and Gonzalo’s got a sound. What he does is on a whole other level of piano playing. He’s on the level of Keith Jarrett.

What Danilo has always had, and what probably attracted Wayne Shorter, is a sense of drama. The song begins with this dark, dissonant chord, then the groove is established and it’s in the pocket. There are moments when he’s soloing and then the horns are soloing, but Danilo’s always in the background pushing and changing and throwing different chords. And the melody is galactic-it’s high drama. There’s a spirit that’s bigger than the piano.

It’s very easy to hear somebody play their own music and hear where it goes, but something else to hear what this trio is capable of doing with Monk. What Jason does is really an extension of Monk and Bud Powell. The underlying current is swing-based; it has that rooted feel. The shit he’s playing on top is off the wall, yet the lines are played with such conviction due to the weight of the time. The trio starts in a place where most guys would only hope to finish.

I really like Geri’s sound and feel and the tools that she possesses. She’s a link to Herbie Hancock and McCoy Tyner. She’s also one of the few who were able to branch out and do more of the open sound, the ECM sound, but still keep the integrity of swing. This track is one of the greatest jazz vamps I’ve heard in a long time; the vamp swings. It’s got the release of walking, but Dave Holland never commits to the walk. It’s got an instant hook, and there’s nobody better to play that kind of hook with than Jack DeJohnette and Dave. It’s Jack at his best-he’s a master of forward motion. This is a tune that I could play for days.

Fred is the most complete out of all of these folks. That goes back to who he grew up studying. I hear Bill Evans; I hear Keith Jarrett. He’s extremely thorough. One thing I hope to possess is that patience. Nothing is hurried, and he uses the air as part of the music-and air is part of the music. He uses the overtones of the instrument. His harmonic stuff is completely together. He’s another player with an exquisite touch.

“It’s Alright With Me”
Live at the Village Vanguard: The Art of the Trio, Volume Two (Warner Bros., 1998)

Brad is such a staple in this era of jazz. It’s a solo track and he starts it off feeling it in halftime, but the song is going by at the regular tempo. From there he starts implying a 12/8 feel over it, but he’s actually playing an ostinato going through the changes with his left hand. He’s got the ability to split his brain in a certain way where he’s playing in both times at the same time. When I listen I’m thinking to myself, “I wonder which hand is playing that?” I don’t know how he’s doing what he’s doing.

Joey Calderazzo is a celebrated pianist and educator who has been a member of the Branford Marsalis Quartet since 1998. His latest album as a leader, the trio session Going Home, was released March 31 on Sunnyside Records.

In line with many resourceful jazz practitioners, Gilad Hekselman responded to the enforced isolation of the COVID-19 pandemic with a turning-lemons-to-lemonade attitude that ultimately eventuated … END_OF_DOCUMENT_TOKEN_TO_BE_REPLACED

It was the 1950s. Bebop had established itself as the new paradigm of jazz, but its newest popular variant, “cool jazz” or “West Coast jazz,” … END_OF_DOCUMENT_TOKEN_TO_BE_REPLACED

Session players have always been my thing. Not to take away from the singers or bandleaders or what have you, but I’m more interested in … END_OF_DOCUMENT_TOKEN_TO_BE_REPLACED

Walter Smith III has been burning the candle at both ends. As he connected with JazzTimes via Zoom from a New York City hotel room … END_OF_DOCUMENT_TOKEN_TO_BE_REPLACED