Session players have always been my thing. Not to take away from the singers or bandleaders or what have you, but I’m more interested in finding out who’s playing on a certain track. They’re the unsung heroes. If I had my chance and a lot of those musicians were still here, I’d love to sit in a room with them and ask them, “What was in your head when you came up with that?”

I remember, for example, when I first heard the Temptations’ “My Girl.” Before I knew the guitarist’s name was Robert White, that guitar line stuck out to me. Then when you hear the story about it, well, he was just throwing in a major pentatonic line because the top part was never written. He didn’t think nothing of it—those session players were hardcore swing and bebop guys, and they looked down their nose at that pop stuff ’cause they could do it in their sleep. But that became the famous guitar line known around the world. And Robert White and all those players have had a profound influence on me.

Every now and then, Earl Van Dyke and the Funk Brothers [as they’re better known] got away from backing up the singers at Motown and recorded their own stuff. Around the same time that they made the album That Motown Sound, they cut this tune, which is something they used to do every time they played live. Earl is really tearing it up on the organ. There’s two versions, an up-tempo one and a really slow one. I’m a big Funk Brothers fan, so I like both. 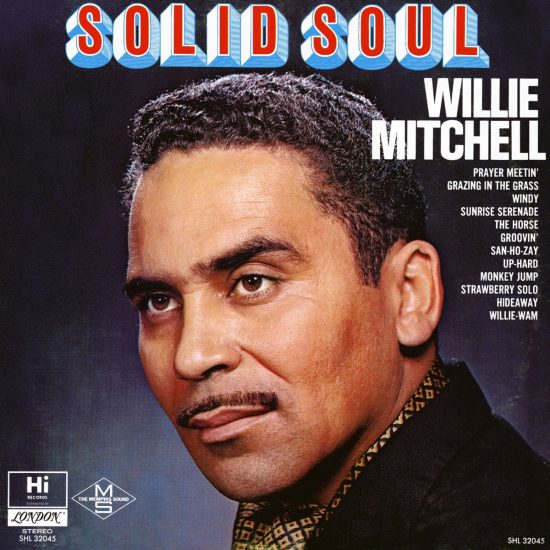 I’ve gotta mention the Hodges brothers, who were part of the rhythm section for Hi Records: Charles on organ, Teenie [born Mabon] on guitar, and Leroy on bass. They played behind Al Green and Ann Peebles, along with [drummer] Al Jackson, who was also in Booker T. & the M.G.’s [fellow Memphis label Stax’s house band]—Royal Studios, where Willie Mitchell worked, was right down the road from Stax. I love their version of “The Horse,” which most people know better from the Cliff Nobles & Co. recording.

My mom, who just passed away, played this one all the time; I loved it as a kid and I still do. A lot of people think that’s Archie Bell & the Drells playing the music in the back, but it’s actually a group from Texas called the T.S.U. Toronadoes. They had some unreleased instrumental stuff that came out a few years back, and if you haven’t heard that, check it out—they are amazing.

I got hip to the Meters through a high-school friend. I liked “Cissy Strut” and all that, but I liked “Pungee” and this version of the Lee Dorsey tune even more.

Most people don’t know it’s Donny Hathaway playing organ on this song. You tend to hear more of his Fender Rhodes stuff, but you don’t always hear what he can do on the organ, and he was a hell of an organist. Just a hell of a keyboardist, period.

Jimi Hendrix
“Georgia Blues”
Both Sides of the Sky (Sony/Legacy, 2018)

This got released as part of the Martin Scorsese Presents the Blues series, then they had to take it down [due to litigation over ownership of the track], then they put it back up again. Hendrix got back together with his old employer, [saxophonist] Lonnie Youngblood, in 1969 and recorded this tune. It’s John Winfield on organ and Jimmy Mays, who played drums with Joey Dee and the Starliters. And it shows a side of Hendrix that you don’t hear much, except on “Rainy Day, Dream Away” (Electric Ladyland, 1968), where he’s playing with organ and saxophone.

That is a burnin’ tune. It’s one chord and the groove hits all day long. I could listen to that a million times and never get tired of it. It just wouldn’t be right if I didn’t bring up Junior Walker.

[as told to Mac Randall]

The Delvon Lamarr Organ Trio: I Told You So

Ever since I was in the 7th grade, I have had a passion for jazz. I have always listened to and enjoyed a wide variety … END_OF_DOCUMENT_TOKEN_TO_BE_REPLACED

“My overall goal is trying to figure out how to connect the languages of jazz and classical to make an interesting and engaging performance, and … END_OF_DOCUMENT_TOKEN_TO_BE_REPLACED

We calculated our top 40 new releases of 2022 based on year-end lists by our writers. They were asked to choose the 10 best new … END_OF_DOCUMENT_TOKEN_TO_BE_REPLACED

We calculated our top 10 historical/reissue recordings of 2022 based on year-end lists by our writers. They were asked to choose the five best historical … END_OF_DOCUMENT_TOKEN_TO_BE_REPLACED