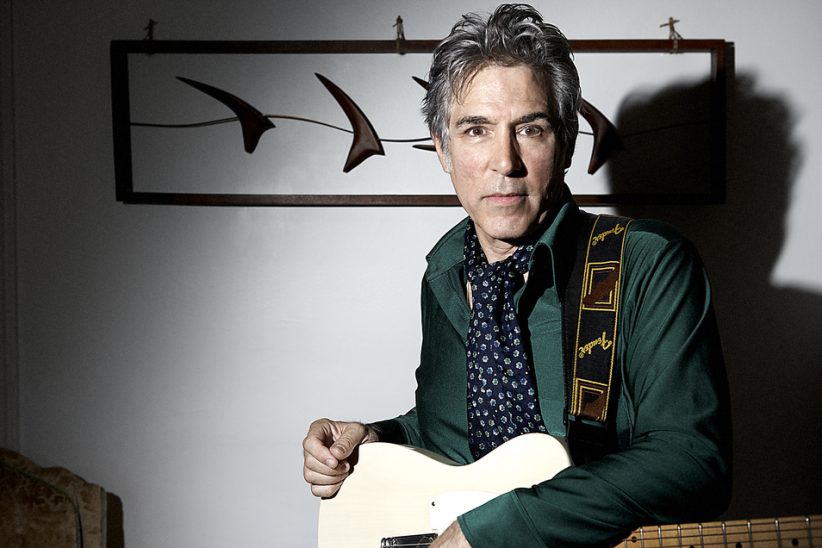 I’m still not sure how or why I bought my first John McLaughlin album when I was 12 years old, but I’ve been listening in joyful awe ever since. As I log in the years as a dedicated musician, the more John McLaughlin astounds me. From his terrific solo records (Devotion, My Goals Beyond), to the jaw-dropping innovations of the Mahavishnu Orchestra, to John’s contributions to the music of Miles Davis (not to mention Joe Farrell’s Song of the Wind and Shakti) and on and on. All would have been, by themselves, incredibly indelible performances with a place in music history. But John always goes the extra mile, showing us the way, urging us on.

I’d like to focus here on John McLaughlin’s groundbreaking contributions to the music of Miles Davis. I humbly submit these tracks, not as the best, per se, but as tracks that made a difference to me. These tracks molded me as a guitarist and composer.

Additionally, after living in New York for 12 years, I’ve realized that this music is the sound of New York. It’s “folk” music of the city, played by musicians sensitive enough to replicate the sounds of the city, like animals living in an environment that requires them to take on the color of their surroundings.

How can a guitarist not think of John McLaughlin? Despite international fame, tracks like this make me feel John McLaughlin is underrated. Nothing was played before that sounded like this, and this track spawned thousands of sound-alikes. The key of E is manipulated for all its guitaristic worth. Open strings with lovely melodic lines. This track really guided and displayed to me how to try and combine simplicity and beauty with a jazz mentality.

The aptly named piece showcases John playing lines that seem to radiate energy more then melody. It’s one of the totally unique aspects of Mr. McLaughlin’s playing. Exhibited wonderfully here, John never crosses the line of insensitivity despite channeling pure energy. I think it’s because John transcends listening into being.

This track begins with the filthiest, most mystical and elegant solo-ever! The horn arrangement is perfectly minimal, creating an interplay between the guitar grunge, sounding like Mark Farner meets Sketches of Spain. It doesn’t get much better than this. If you haven’t heard this track, I highly recommend it. A personal fave.

“Right Off,” from Tribute to Jack Johnson, is an obvious choice, and for the uninitiated, this is a good place to start. It’s an amazing amalgamation hearing Miles, John McLaughlin, Michael Henderson and Herbie Hancock interpret Sly Stone and James Brown in their own inventive way. John’s key of E power chording resembles John Lee Hooker meets Pete Townshend meets Jimmy Nolan until we modulate to B-flat (likely a Teo Macero edit). Then something really special happens, something haunting, soulful, iconic. Interactive suspended chords against Miles Davis’ trumpet lines are played with an unprecedented rock ferocity, all in a “jazz” context. The wah guitar seems to speak. Absolutely wonderful!

This track begins with John McLaughlin foreshadowing his guitar work with the Mahavishnu Orchestra. This solo has many soon-to-be McLaughlin staples: “over bending” phrases that sound like Chuck Berry put through a blender with John Coltrane. It has rapid-fire pentatonic madness that is mysteriously lovely, with a no-holds-barred intensity. I love this track.

This is an outtake from the Jack Johnson sessions. John exhibits a compositional mastery of the wah-wah pedal. It’s like some impressionistic painting of a James Brown track. Some might say this track is redundant after “Right Off,” but in some ways it’s more realized, and possibly funkier and more psychedelic. The guitar solo is amazingly raw, with the wild abandon reaching the limits-sounding a bit like Leigh Stephens (Blue Cheer)! It’s a sensational piece and a tour-de-force performance for McLaughlin.

Jim Campilongo is a renowned guitarist and composer based in New York, where he and his trio perform every Monday night at the Living Room. His tenth album, Dream Dictionary, will be released next Jan. 14 on the Blue Hen label. Visit JimCampilongo.com for more information.

In line with many resourceful jazz practitioners, Gilad Hekselman responded to the enforced isolation of the COVID-19 pandemic with a turning-lemons-to-lemonade attitude that ultimately eventuated … END_OF_DOCUMENT_TOKEN_TO_BE_REPLACED

It was the 1950s. Bebop had established itself as the new paradigm of jazz, but its newest popular variant, “cool jazz” or “West Coast jazz,” … END_OF_DOCUMENT_TOKEN_TO_BE_REPLACED

Session players have always been my thing. Not to take away from the singers or bandleaders or what have you, but I’m more interested in … END_OF_DOCUMENT_TOKEN_TO_BE_REPLACED

Walter Smith III has been burning the candle at both ends. As he connected with JazzTimes via Zoom from a New York City hotel room … END_OF_DOCUMENT_TOKEN_TO_BE_REPLACED