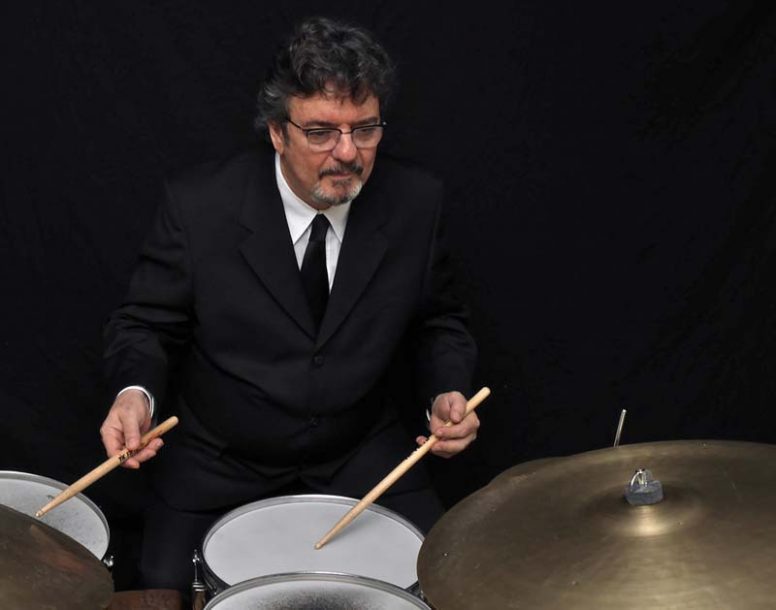 All of the music I’ve chosen has been inspirational to me. The albums that these tracks are on started coming out around 1963, when I was a teenager, and I played along with them; that’s how I learned drumming, from listening to and watching the older musicians. These records represent the beginning of our conception of the style of Brazilian music we call samba jazz. And all of these picks have fantastic drummers.

This album had a big impact not just on me but also on people like trumpeter Claudio Roditi, who was older. It came before Sérgio Mendes formed Brasil ’66. “Corcovado” was composed and arranged by Jobim. I still play it more than 50 years later. Before Sérgio came to the United States he was very jazz-oriented, with shades of Horace Silver.

Pianist João Donato was one of the creators of bossa nova, and in the 1950s he moved to the United States, where he played with Mongo Santamaria, Tito Puente and Cal Tjader. He’s always carried a Latin/Afro-Cuban influence with him. Milton Banana is one of my favorite drummers. I love his syncopation; he plays so light. I also love the bass player, Tião Neto, and the percussionist, Amaury Rodrigues-he played a lot of bongos, which wasn’t typical of a bossa-nova or samba-jazz album. “O Morro Não Tem Vêz (Favela)” is one of a few Jobim songs on the album. I love the way it swings.

Another classic Jobim track. This trio-pianist Dom Salvador, bassist Sergio Barrozo and drummer Édison Machado-had the most impact on my playing. Machado was the innovator of Brazilian drumming. When you talk about playing samba, everyone thinks about playing the ostinato on the bass drum; but on this album Machado, for the first time ever, used the bass drum the same way Kenny Clarke and Roy Haynes did, playing melodic accents. Even Airto Moreira learned from Machado.

I met guitarist and singer Toninho in the late ’60s-I used to date his younger sister, so I’d go to his house and we’d play a lot together, and I did an album of his music [in 2011]. He’s one of the most wonderful Brazilian composers. I love this album, which has Billy Higgins on drums and Gary Peacock on bass. Billy doesn’t try to play like a Brazilian; he plays Billy Higgins. I chose this album by Toninho because it includes this great Jobim song. The way he reharmonizes it is so wonderful.

I had this album back in Brazil, and I love the way drummer Tony Williams plays with McCoy and bassist Ron Carter. Those are my favorite musicians, and they’re playing the music from my country but in their own way. They’re playing their personalities, and I learn from that. “Wave” has a blues chord progression. I like the loose approach they take.

This is a very important album. The bossa nova was already famous in Brazil. Then saxophonist Stan Getz recorded this with guitarist and singer João Gilberto, with Milton Banana on drums and Tião Neto on bass. Astrud Gilberto knew how to speak English and Getz invited her to sing; she’d never sung professionally before and was a huge success. I played with her for 14 years, and a couple of times Stan Getz played with us. It’s a beautiful song-I know it’s been overplayed, but if you analyze it, the melody and harmony are so beautiful. So is Creed Taylor’s production.

This was a work that my brother-in-law, Mario Adnet, and Paolo Jobim produced. I play drums on it. I love the tune and the way [my wife] Maucha Adnet sings it. The arrangement of this track is by Nelson Riddle, from the album The Wonderful World of Antonio Carlos Jobim.

In line with many resourceful jazz practitioners, Gilad Hekselman responded to the enforced isolation of the COVID-19 pandemic with a turning-lemons-to-lemonade attitude that ultimately eventuated … END_OF_DOCUMENT_TOKEN_TO_BE_REPLACED

It was the 1950s. Bebop had established itself as the new paradigm of jazz, but its newest popular variant, “cool jazz” or “West Coast jazz,” … END_OF_DOCUMENT_TOKEN_TO_BE_REPLACED

Session players have always been my thing. Not to take away from the singers or bandleaders or what have you, but I’m more interested in … END_OF_DOCUMENT_TOKEN_TO_BE_REPLACED

Walter Smith III has been burning the candle at both ends. As he connected with JazzTimes via Zoom from a New York City hotel room … END_OF_DOCUMENT_TOKEN_TO_BE_REPLACED