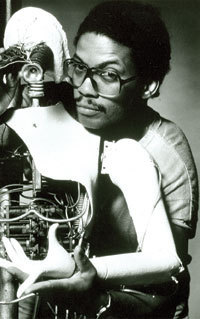 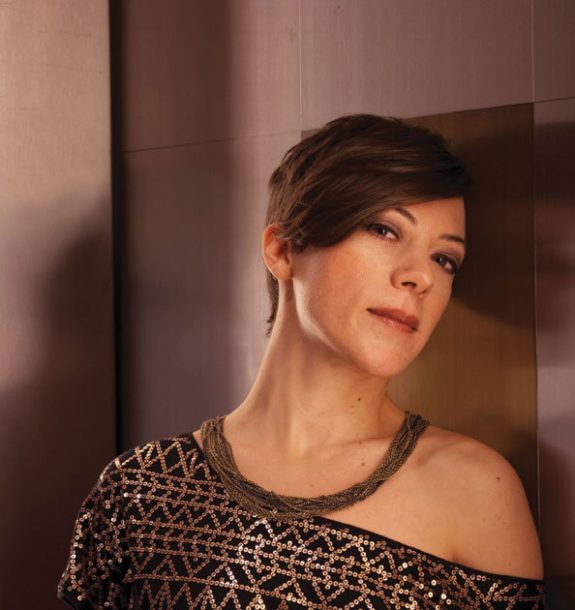 Choosing 10 Herbie Hancock songs that truly represent his full spectrum of genius is close to impossible. So I decided to focus on tracks that are funk- and groove-based, innovative when they were first heard, and clearly inspire the sound, texture and production of today’s music. These are all tracks that hit me in my soul. Here we go…

From the very first snare hit and bass figure, Herbie has me “woo”-ing and head bobbing. The track just grooves and keeps grooving, and all on only one chord. I love the layering of parts and textures here-constant repeated figures, various horn lines-all while that bass figure remains pretty consistent throughout. Herbie knows pocket. And all under four minutes! It just makes me want to hit repeat. Songs like this also inspired future musical genres; for example, 2Pac sampled the track for “If My Homie Calls.”

This track is perfect. Again, Herbie was able to grab the listener from the downbeat until the last bass note. A beautiful melody and harmony, and gorgeous texture in the horn arrangement. The track’s shape and mood are all multilayered and tap into our intellect, emotion and soul. I feel a sense of ease and effortlessness, yet also advanced depth. As much intense beauty as there is here, there’s also restraint and knowledge of just what the music needs: There’s room to breathe, and every single note played has a purpose.

Sampled by Digable Planets (“It’s Good to Be Here”) and Organized Konfusion (“The Extinction Agenda”), this track (and entire album, for that matter) is visionary and ahead of its time. I think any open-minded musician appreciates and strives for these kinds of textures, sounds and production in their music today. It’s futuristic, minimal, spacious and experimental. A great example of the deceptively simple and less-is-more aesthetic. The track almost teases the listener by hinting at directions that are harder hitting, but it ultimately leaves much to our musical imagination.

It doesn’t really get funkier and more in the pocket than this. This track features arguably one of the greatest basslines and drumbeats ever. I love the combination of acoustic and electric instruments, textures, the effective use of layering and the build up and release-particularly when it opens up to the other sections and then comes back to the main theme. The first time I heard this I was 16 years old, driving around the Valley; this came on the radio, and I freaked out! I had to pull over. I couldn’t even drive, I was so blown away by the sound. It hit me in my core. We should all strive for that feeling and reaction in our art.

This particular version of “Watermelon Man” is ridiculous. It’s immediately intriguing to hear the hindewhu sound (here sung/played on beer bottles), first creating a vibe on its own, without any reference point until the bassline comes in. And then when the drums kick in, it’s all over! This is just stupid, in the best way. I love how the intro fades out to the main theme only to return full circle.

Another perfect blend of melody, harmony, textural arrangement, groove, funk and pocket. I love the melody played by sax and bass clarinet in octaves. Like all my choices in this list, I love the overall shape of these compositions. Herbie takes us on a journey, exploring and developing various themes and returning us-transformed-to where we began. Herbie’s sister, Jean, composed lyrics to this song (as well as a handful of his other compositions), which I adore singing.

I love this melody; I love the instrumentation, arrangement and all the textural details. Choosing these 10 songs together makes me appreciate how Herbie’s signature sound stays intact no matter what direction he decides to go in. He presents us with such incredible compositions, which even just on paper are brilliant, yet the magic is in the execution. Herbie allows the music to settle first, then open up, always coming back to that bass and drum heartbeat, which drives the music and drives us all as human beings.

I thought I’d pick something from Sunlight and also make note of the vibe of a somewhat similar album, Feets Don’t Fail Me Now (Columbia, 1979), which should be mentioned. I am a huge fan of Herbie’s vocoder era, especially the sound of his particular voice through the filter. This period has elements of funk and disco, but the addition of Herbie’s voice singing lyrics turns these tracks into “songs,” making them sing-able and dance-able. It’s tangible to mainstream listeners, but not simplified or dumbed-down. Herbie is well aware of the deceptively easy skill of just making a song feel good while still keeping the integrity of his concept and advanced musicianship.

I had to include “Rockit” in my list. Though perhaps cliché and overtly mainstream, it is gigantically innovative and influential both musically and visually for its video. Being born in 1976, I grew up with MTV, and seeing this video was probably my first introduction to Mr. Hancock. Moreover, it was my own discovery. (My parents played jazz at home, and I heard Herbie without even realizing it.) I remember seeing this video and hearing this song. I have a fond memory of thinking, “Hey, this is awesome!” “Rockit” is an example of Herbie’s vision and ability not to remain stagnant, staying always fresh and ahead with new sounds and concepts.

Since these picks do not necessarily have to be the artist as a leader, I thought I’d add one of my favorite songs and Herbie features. This is one of the greatest Stevie Wonder compositions, and Herbie plays his role perfectly here. His fills (especially that first one) have become as classic as the song itself-more proof that he knows how to serve the music, not his own ego. Every time we hear Herbie play we know it’s Herbie. He still allows his playing to enhance, not overshadow, the bigger picture of the music. This song is the union of two legendary geniuses.

In line with many resourceful jazz practitioners, Gilad Hekselman responded to the enforced isolation of the COVID-19 pandemic with a turning-lemons-to-lemonade attitude that ultimately eventuated … END_OF_DOCUMENT_TOKEN_TO_BE_REPLACED

It was the 1950s. Bebop had established itself as the new paradigm of jazz, but its newest popular variant, “cool jazz” or “West Coast jazz,” … END_OF_DOCUMENT_TOKEN_TO_BE_REPLACED

Session players have always been my thing. Not to take away from the singers or bandleaders or what have you, but I’m more interested in … END_OF_DOCUMENT_TOKEN_TO_BE_REPLACED

Walter Smith III has been burning the candle at both ends. As he connected with JazzTimes via Zoom from a New York City hotel room … END_OF_DOCUMENT_TOKEN_TO_BE_REPLACED