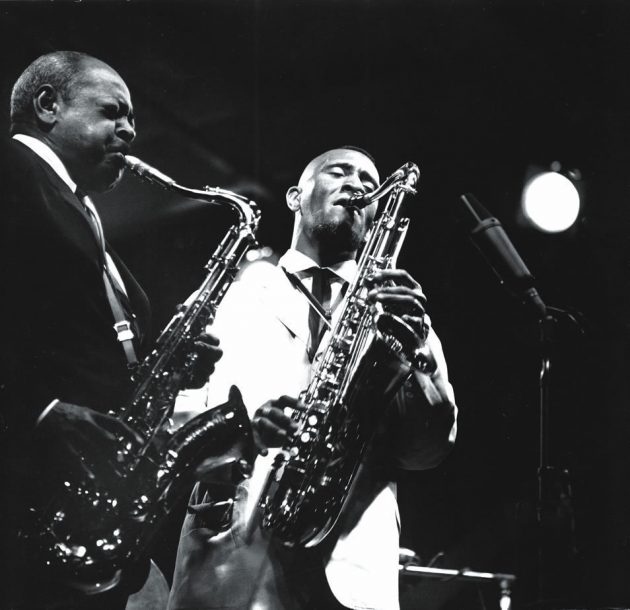 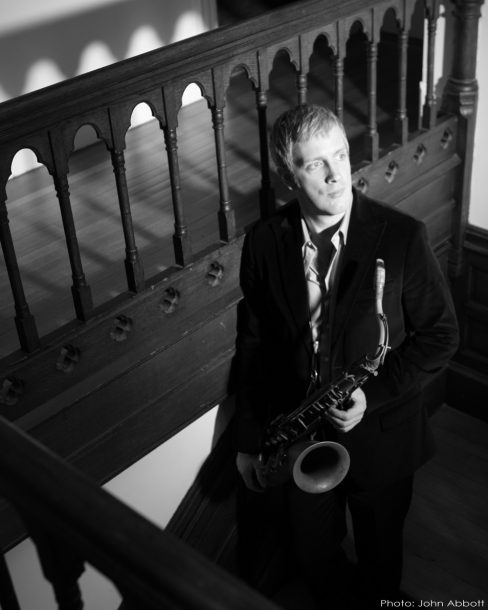 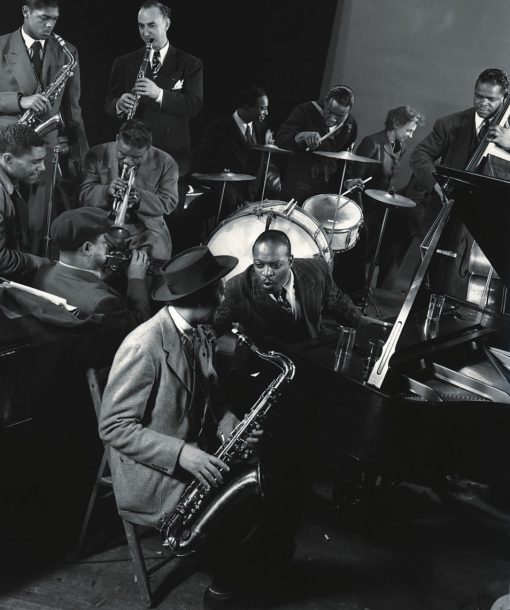 I started on alto saxophone and to this day I still love the sound of that instrument. However, from the age of about 12, when I got my hands on a tenor sax for a few minutes and heard Wardell Gray and Dexter Gordon on “The Chase,” I fell in love with the bigger horn. I don’t know exactly what it is, but there’s something in a good tenor sound that can move you almost physically. Jimmy Heath told me he could feel the vibrations from Gene Ammons’ sound on the floor of a theater balcony.

Here are some examples of great sounds-in no particular order of importance-that have influenced and inspired me over the years.

I don’t know the exact frequency that his horn is vibrating at on this recording, but I feel my organs buzzing, and I think it’s from the tenor. Yep, it’s definitely from the tenor. If we could somehow beam this sound down onto the general populace, I believe there would be an end to all need for anti-anxiety medications. All of the tracks on this compilation are equally amazing (check out “Laura”).

Dexter’s always been a favorite, and here’s a great example of his giant sound at full power. It’s also a good example of jazz rocking harder than rock music.

This album is a compilation gathered from several Prestige recordings. Most of the people who were around to hear all of the greats agree that Jug had a sound bigger than anyone. This is an example of a giant tiptoeing; even at pianissimo, his sound is enormous.

The master of embellishment. Once again the depth of his tone and density of his sound are truly amazing.

This is some of my favorite Hawk. It’s a little later than what a lot of people consider to be his prime, but to me it’s some of his greatest playing. Quite a bit more edge to his sound, but still warm and resonant.

I couldn’t neglect this one. If you don’t have this record (or Concord’s 1997 compilation On Broadway), run, don’t walk, to get it. It’s even later and gruffer than “Think Deep” but still so beautiful. I don’t know what was in the air in the studio that day, but this recording has something sonically that I don’t think any other recording has, plus the selection of tunes is incredible.

“Rock-a-Bye Your Baby With a Dixie Melody”
Sonny Rollins and the Contemporary Leaders (Contemporary, 1959)

Sonny’s sound influenced me more than any other saxophonist. He’s one of my favorites. This is a strange recording audio-wise-it always sounded very dry to me-but you can hear Sonny like you’re inside his horn.

Alright, one more from Sonny…

Prez in his prime, recorded in Chicago in 1936.

Recorded in 1943, this cut arrived a little later than the last one. I couldn’t just list one Prez recording!

Grant Stewart is a saxophonist and composer whose latest recording as a leader is Live at Smalls (SmallsLive). Visit him online at www.grantstewartjazz.com.

In line with many resourceful jazz practitioners, Gilad Hekselman responded to the enforced isolation of the COVID-19 pandemic with a turning-lemons-to-lemonade attitude that ultimately eventuated … END_OF_DOCUMENT_TOKEN_TO_BE_REPLACED

It was the 1950s. Bebop had established itself as the new paradigm of jazz, but its newest popular variant, “cool jazz” or “West Coast jazz,” … END_OF_DOCUMENT_TOKEN_TO_BE_REPLACED

Session players have always been my thing. Not to take away from the singers or bandleaders or what have you, but I’m more interested in … END_OF_DOCUMENT_TOKEN_TO_BE_REPLACED

Walter Smith III has been burning the candle at both ends. As he connected with JazzTimes via Zoom from a New York City hotel room … END_OF_DOCUMENT_TOKEN_TO_BE_REPLACED