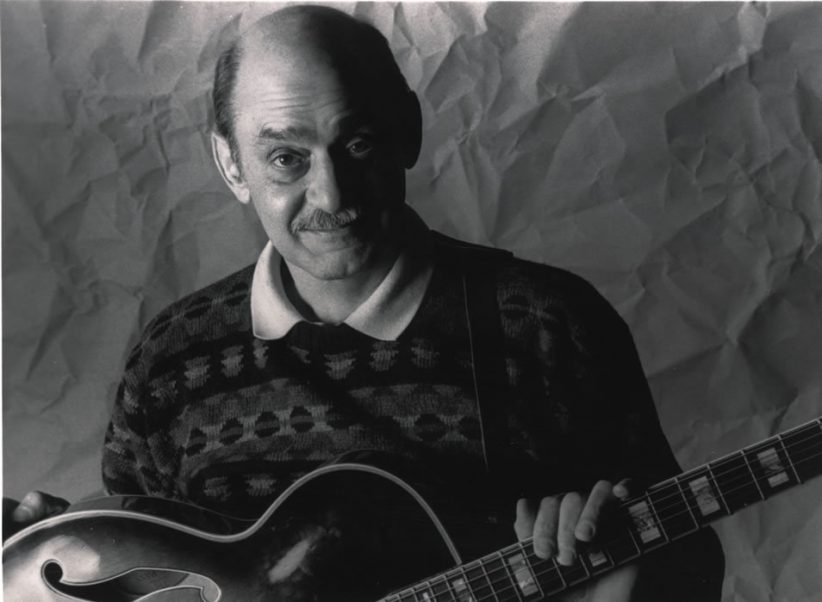 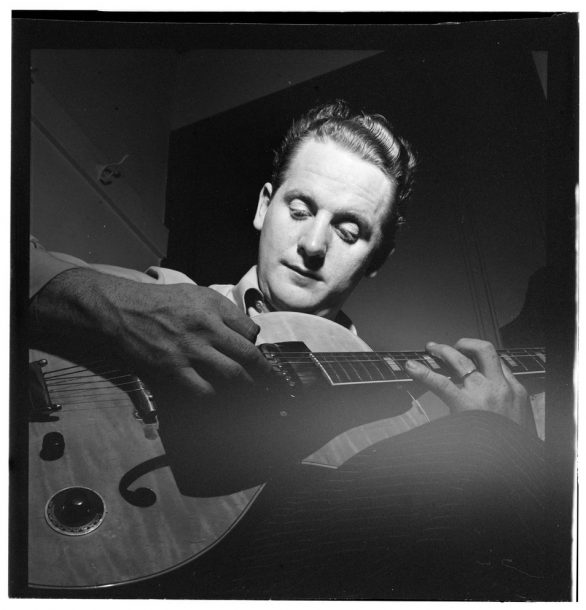 Writing this column brought back so many wonderful memories. Thinking about the most important guitar recordings I’ve heard since the age of 6, when I first started playing, was so much fun. And the record covers were so cool–I miss them so much. I used to sit down, put the record on the turntable, put the needle on the record and listen closely while reading the liner notes over and over again.

Young jazzers should give a deep listen not only to the obvious masters like Wes, Benson and Metheny, but to the guitarists who influenced those greats. So many guitarists, like Lonnie Johnson, Eddie Lang and Oscar Moore, just to name a few, have been so influential. Without them there would be no jazz guitar as we know it. Here are some timeless recordings every aspiring jazz guitarist needs to hear.

This was one of the first jazz-guitar records I heard, at the age of 6. I will never forget the soul I felt Django played with using vibrato, bends and trills. This is the slow-version recording of this classic. I played along with this record endlessly. And Django’s rhythm playing was just the best; he was so strong yet delicate when backing up Grappelli. When I performed and recorded with Babik, Django’s son, in 2000, he told me Django loved playing rhythm for Grappelli. Django only used two additional rhythm guitarists because he felt that when he would play a solo after Grappelli too much rhythm was lost. I think the band could have had 10 rhythm guitarists and they still wouldn’t have equaled Django’s own rhythm playing.

This cut blew my mind when I heard it. The multiple guitars and vocals were just amazing, and the amount of swing involved was just ridiculous. And it made me realize how much of a genius Les was. He produced this recording as well as engineered it. “Sound-on-sound” recording meant you didn’t get a second chance if you hit a wrong note, so he had to have this arrangement in his head all done before he started to record even the first track. Les later told me that he recorded the lead guitar and bass last, as he didn’t want those two tracks to lose fidelity.

Solo guitar live in Montreux. Whoa … a Stevie Wonder tune. I’d never heard a modern tune played in a jazz style before this. It really opened my eyes to more possibilities in tune choices.

Joe’s style was one of a kind. When I took a lesson with him in 1989, he told me he loved Stevie Wonder’s writing and that this was a favorite song of his. I copied this arrangement almost note-for-note and actually performed it for my student recital in high school.

My introduction to real swing music was this recording of Benny Goodman with the great Charlie Christian. Swing, swing, swing is all I can say. Charlie’s tone and feel for the music, using the blues as the core of his solos, was a revelation for me. Just sheer brilliance. What a shame he died at only 25 years old.

The inspiration for Django Reinhardt and Stéphane Grappelli was Eddie Lang and Joe Venuti. I must have listened to this rendition of “Wild Cat” 100 times in a row when I first heard it. I couldn’t believe how much rhythm Eddie was playing. And the way the two performed this piece together-a real arrangement played to perfection. It doesn’t get better than this. Eddie Lang was the father of jazz guitar, having inspired everyone from Django to John Scofield. I remember meeting John and asking him who his influences were and he simply said, “Eddie Lang.” You gotta love it.

My father told me that if I wanted to work a lot I should learn how to play rhythm guitar like Bucky Pizzarelli, and he bought me this record called Nightwings. This track stood out for me because it was loosely based on “Wild Cat.” The hi-fi sound and Bucky’s awesome rhythmic style just got me hooked. To this day, when I play with Bucky I watch him like a hawk. Every move he makes is so masterful: never a wrong chord and his chords always fit the melody.

He is 87 years old now and I just love the guy. We both have four children, and not only is his playing an inspiration but the fact that he raised four beautiful people while touring and performing regularly makes me realize that it can be done. JT

Frank Vignola is a celebrated guitar virtuoso and clinician whose latest release is Melody Magic (Azica), an album he co-leads with fellow guitarist Vinny Raniolo. Visit him online at www.frankvignola.com. Originally Published August 14, 2013

In line with many resourceful jazz practitioners, Gilad Hekselman responded to the enforced isolation of the COVID-19 pandemic with a turning-lemons-to-lemonade attitude that ultimately eventuated … END_OF_DOCUMENT_TOKEN_TO_BE_REPLACED

It was the 1950s. Bebop had established itself as the new paradigm of jazz, but its newest popular variant, “cool jazz” or “West Coast jazz,” … END_OF_DOCUMENT_TOKEN_TO_BE_REPLACED

Session players have always been my thing. Not to take away from the singers or bandleaders or what have you, but I’m more interested in … END_OF_DOCUMENT_TOKEN_TO_BE_REPLACED

Walter Smith III has been burning the candle at both ends. As he connected with JazzTimes via Zoom from a New York City hotel room … END_OF_DOCUMENT_TOKEN_TO_BE_REPLACED