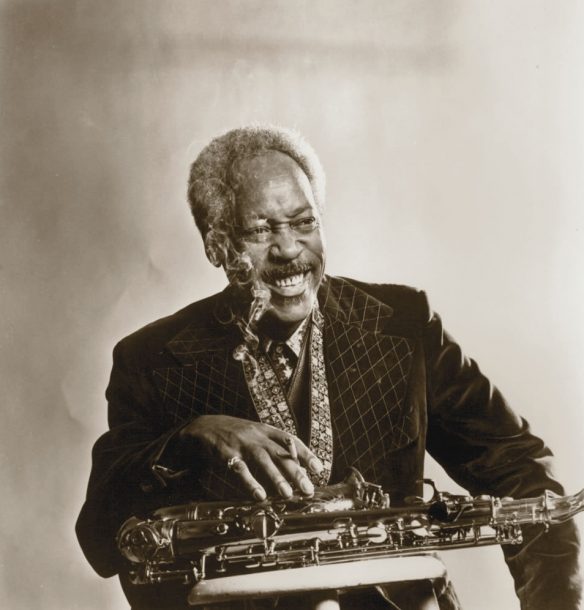 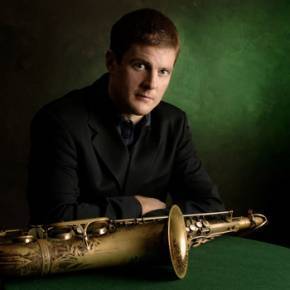 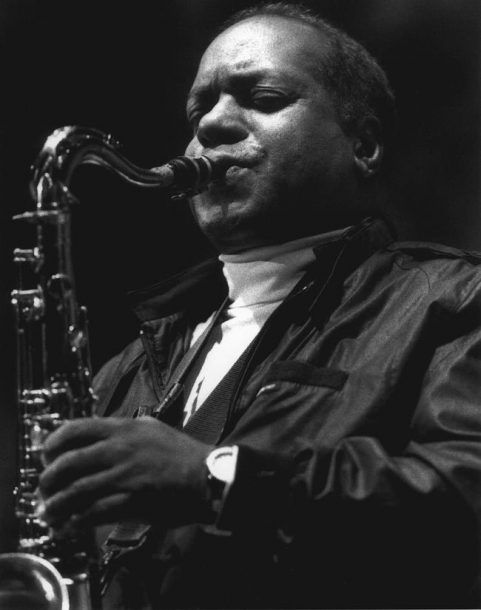 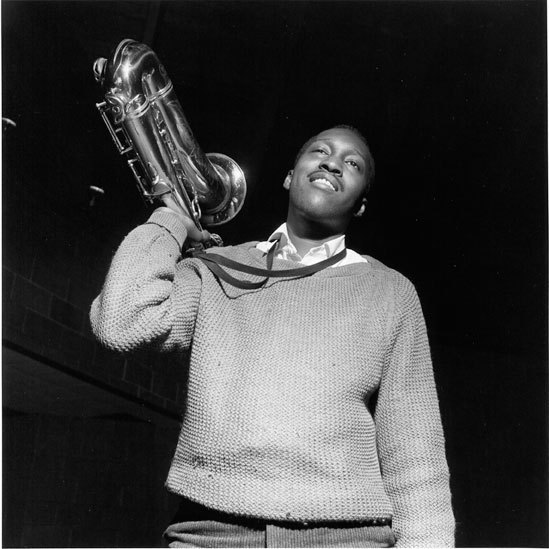 I decided, after much consideration, to contribute a list of various blues tracks recorded by saxophonists who have had a profound influence on me. I must say that it was exceedingly difficult to come up with a short list of favorites. In the end, I resolved to jot down the first eight tunes that came to mind, but the truth is I could have come up with hundreds of cuts I really adore. So here we go, in no particular order:

Stitt was my first influence, and he should be one of the all-time greats in anyone’s book. He’s playing alto on this cut, and I love the way he makes the horn scream in the upper register: To me, that’s one of the secrets to having a great alto sound. No wimpy palm keys! He uses all of his classic devices and plays with such a soulful feeling on this one.

Trane started simplifying what he was playing in terms of forms and progressions around this time. Instead of playing tunes with a lot of changes, he was favoring the blues and more vamp-oriented themes. He was able to express many of the things he was thinking about on this track, and on this record as a whole. It could be argued that his tone, rhythmic concept and harmonic logic here form the basis for what many saxophonists are still trying to express today.

Eddie Harris is way underrated today; a lot young players, unfortunately, are not aware of his music. He was one of the first modern funk players, but he also had an incredibly hip harmonic concept. He was an original voice that came from the Chicago tenor tradition and put his own stamp on the world of jazz.

Bird is the king of modern music. I don’t doubt that if he showed up in New York next week he’d have everybody’s stuff figured out within a month-and would be doing it better. His vocabulary, both harmonically and rhythmically, is still the basis for almost everything I hear being played by anyone. This track is just one of so many examples of how he could play the “real” blues and play super hip at the same time. Too much!

George Coleman is a magnificent player and a great human being. He takes playing alternate changes on the blues to an otherworldly level on this cut. Plus, the way he plays time with Elvin Jones is astonishing. Anyone who hasn’t heard this should make it a top priority. George is the top cat out there, in my book.

I believe it was Bert Wilson who told me that Sonny was the greatest pure bebop tenor saxophonist of all time during this period of his playing. I’m inclined to agree. You can hear how Bird’s language and pacing permeate his style here. But in terms of his big sound (reminiscent of Coleman Hawkins) and his interactive rhythmic concept with Philly Joe Jones, he is most assuredly his own man.

When I was first hanging around in Chicago listening to Von Freeman, I asked him what, in his opinion, was the most indispensible Gene Ammons recording. He told me this one. Enough said.

Hank, as far as I’ve heard, never played a wrong or corny note. Like Stitt, his playing was virtually perfect; in other words, one couldn’t write out a better solo than what he might play on the spur of the moment. If people think that’s easy or old-fashioned, they should try it themselves. This tune isn’t a blues per se, but everything Hank plays has the spirit of the blues and such logic that you could take any phrase from this solo and use it as an exercise to play through the keys.

In line with many resourceful jazz practitioners, Gilad Hekselman responded to the enforced isolation of the COVID-19 pandemic with a turning-lemons-to-lemonade attitude that ultimately eventuated … END_OF_DOCUMENT_TOKEN_TO_BE_REPLACED

It was the 1950s. Bebop had established itself as the new paradigm of jazz, but its newest popular variant, “cool jazz” or “West Coast jazz,” … END_OF_DOCUMENT_TOKEN_TO_BE_REPLACED

Session players have always been my thing. Not to take away from the singers or bandleaders or what have you, but I’m more interested in … END_OF_DOCUMENT_TOKEN_TO_BE_REPLACED

Walter Smith III has been burning the candle at both ends. As he connected with JazzTimes via Zoom from a New York City hotel room … END_OF_DOCUMENT_TOKEN_TO_BE_REPLACED