Skip to content
Become a member and get exclusive access to articles, live sessions and more!
Start Your Free Trial
Home > Features > Artist’s Choice: Dee Alexander on “‘Round Midnight” 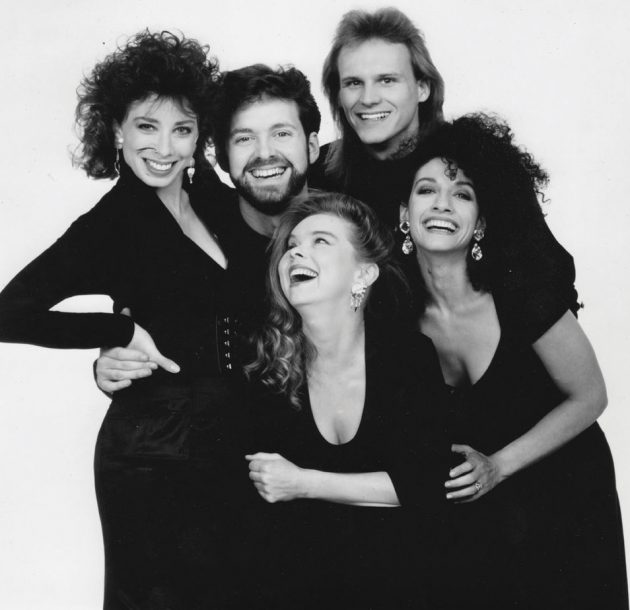 Being a vocalist, I am always searching for a song with a great story. Life is the storyteller’s roux, filled with joy, pain, heartbreak and just plain living. When I get chills from a vocalist’s rendition of a song, I know it’s real! There is no disguising it. “‘Round Midnight” is near and dear to me not only because it’s in my repertoire, but also because it’s also one of the most recorded jazz standards. The song deals with lost love and hope for its return. For some the nighttime is the right time, but for others it accentuates the depth of melancholy emotion-the loudness of silence and the emptiness of the soul.

There are so many people to credit for the legacy of this song. Thelonious Monk wrote the tune, of course, and Bernie Hanighen later wrote lyrics for it. Cootie Williams, Jon Hendricks, Babs Gonzales and Miles Davis, among others, reinvented and personalized “‘Round Midnight” in various ways. (Miles’ muted solo on it at the 1955 Newport Jazz Festival even earned him a contract with Columbia Records.) Here are five vocal interpretations that I love.

Whenever Betty Carter came to town I was front and center taking notes, watching her every move. I was always amazed by her delivery and how she could sing a song so fast-to the point where it seemed like the pendulum of a metronome would break off-or sing a song so slowly that you thought your heart would stop. Her interpretation of “‘Round Midnight” is classic, with a horn chorus tastefully supporting her vocal styling. Betty Carter, my shero, unabashedly took chances and did not look back!

Growing up listening to great jazz vocalists, Carmen McRae’s voice has always been analogous to a warm, inviting bath. She and Monk were great friends, and her treatment of this song demonstrates the depth of that friendship. Opening up with just her voice and pianist Eric Gunnison-in an intro originally added to the tune by Dizzy Gillespie-is brilliant simplicity. On the second verse, McRae is joined by a trio and sings alternate lyrics by Jon Hendricks. The pass between the first and second verses has many changes, and I imagine a great deal of study and rehearsal was required to master those transitions-a small feat for McRae being the virtuoso she was!

Even though I’m a solo artist, I have always loved singing in groups because of the intriguing chances that a great group of vocalists can take with harmonies and vocalese. New York Voices are no exception in their arrangement of “‘Round Midnight,” which showcases not only their great voices but also their willingness to take surprising vocal liberties. The a cappella opening tickles your senses, and their effortless bebop approach, vocal range and fearless sense of swing are flawless.

Ahhh! Bobby McFerrin is a vocalist’s vocalist to the ninth power. The voice being the first instrument, he demonstrates control, power and creativity, and with the great Chick Corea, this duo is a match made in heaven. One cannot help but feel the respect and love they have for one another as performers, and the emotion of McFerrin’s delivery-without uttering one word-is astounding. He exhibits perfect pitch and tones of crystal clarity, painting a canvas of moody moods for love long gone ’round about midnight.

When I first heard Bettye LaVette’s funky arrangement of “‘Round Midnight,” it was an unexpected pleasure. I was impressed by her rousing, expressive voice and moved by her bluesy, sultry and sensual phrasing. One could imagine her having the courage to say, “I need you, but it’s OK if you want to leave. You will be the one who is lonely when the clock strikes 12, because I’m a strong woman. I’ve got a lot of love to give, and if you can’t handle it, well, move on!”

In line with many resourceful jazz practitioners, Gilad Hekselman responded to the enforced isolation of the COVID-19 pandemic with a turning-lemons-to-lemonade attitude that ultimately eventuated … END_OF_DOCUMENT_TOKEN_TO_BE_REPLACED

It was the 1950s. Bebop had established itself as the new paradigm of jazz, but its newest popular variant, “cool jazz” or “West Coast jazz,” … END_OF_DOCUMENT_TOKEN_TO_BE_REPLACED

Session players have always been my thing. Not to take away from the singers or bandleaders or what have you, but I’m more interested in … END_OF_DOCUMENT_TOKEN_TO_BE_REPLACED

Walter Smith III has been burning the candle at both ends. As he connected with JazzTimes via Zoom from a New York City hotel room … END_OF_DOCUMENT_TOKEN_TO_BE_REPLACED