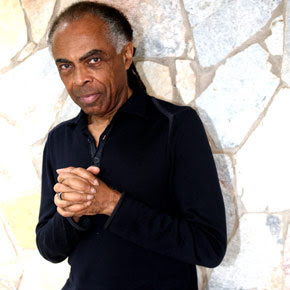 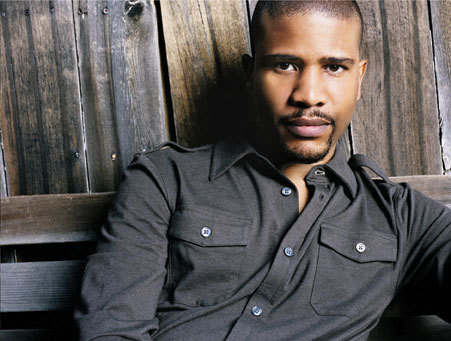 Music has always moved me and made my soul travel, and I have always felt a strong connection with music in which the rhythmic cadence is present and consistent. Perhaps growing up in Puerto Rico, an environment where percussion was a key part of daily life, is the reason that rhythms have always captivated me.

Here, I have chosen a small list of brilliantly written songs performed by different artists from different genres; I’m not including artists that I have worked with. Regardless of the artist, type of music or how long it has been since the first time I heard them, these songs still fill me with the same joy as when I first heard them.

Gilberto Gil has so much flow and swing! It’s truly amazing how he phrases the melody over the bar line as he comps himself with the guitar. I have been a fan since the very first time my sister played a Gilberto Gil LP in the house; I noticed he had a very particular way of writing, always delivering a strong melodic statement. “Ensaio Geral” starts with a short flute introduction that leads to the melody, but the melody keeps moving forward without repeating itself until the end. It’s remarkable, because you think it’s going to resolve somewhere and it really doesn’t. Every phrase connects eloquently with the next one. Also, If you listen carefully you’ll hear a rhythmic figure in the melody that almost evokes the tamborim (instrument used in batucadas). Then, all of a sudden there’s a break and it turns into a batucada.

This album is one of my all-time favorite Monk recordings, and “Introspection” is true genius. Listening to this song and to the whole album is a reminder of what art is supposed to do-inspire and move people by telling a story. It always amazes me how the melody sounds almost like a drum solo and yet it’s so fluent. It’s like a short but very profound statement that makes you stand up and dance because of the consistency of the pulse and the freedom within the beat. I can relate to the way he uses the triple feel throughout the whole piece; it reminds me of the way we feel the beat in the Caribbean. The 6/8 feels like a “Yuba” rhythm in Puerto Rico, or “Juba” as they would call it in New Orleans, Haiti and some other Caribbean islands. Africa is the common link.

“Criancas” intrigues me because of the different musical influences I can hear, from funk and R&B to Brazilian flavors. When I first listened to “Criancas” I was captivated by the soprano solo introduction Wayne plays in the first phrase. It gives birth to a great story that makes me feel uplifted every time I listen to it. This first motif moves throughout the entire piece, and it’s full of rhythm and groove and it has a distinct human voice element that comes out of his horn. The consistency in a groove is like a mantra that makes me levitate.

“Springsville” has always been one of my favorite pieces from the Davis/Gil Evans era. It starts with a solo trumpet phrase that always sounded to me like a nature call-letting us know about something coming. Then that Miles sound enters, flowing dark and beautifully lyrical, with the melody. Something that always strikes me about Miles’ playing in this piece, and in almost all of his music, is his sense of rhythmic accuracy and the subtle use of melody. It sounds like he’s playing an extension of the melody, perfectly tracking its cadence and its rhythm as opposed to playing off the changes or the harmony all the time. Add Evans’ orchestrations and arrangements, with the way he changes textures with the horns, and it’s mesmerizing … like liquefied sound.

I have always loved this piece because of Sly and the Family Stone’s amazing ability to create so much in a simple melody with very short form. Sly’s phrasing is impeccable and he makes it sound so soulful, interesting and complete. Once again, the consistency of rhythm and the groove provide the foundation for the sense of freedom I feel every time I hear this piece-the incredibly swinging bassline in the introduction, followed by the soulful piano phrase, immediately grabs you and it never lets you go. I love that killing scat Sly does at the end. Believe it or not, I heard this song for the first time when I was growing up in Puerto Rico. It was on house-cleaning Saturdays when my brother and sister would turn the TV on Soul Train-that’s right, Soul Train! I’m saying it twice because I don’t remember many people in P.R. back then who watched the show.

I grew up listening to this music! I’m the youngest in the family and I remember my brother playing some of these records. Later on he became part of the Familia Cepeda Folkloric Group and I used to go check them out every Friday. Cortijo was probably the first one to take authentic Afro-Puerto Rican rhythms, such as bomba, to the dancehalls and include the relatively unknown genre on his recordings. When I was a teenager I used to play in a group led by a great percussionist, Jesus Cepeda (son of Rafael Cepeda, patriarch of bomba in Puerto Rico), and we played almost all Cortijo’s repertoire. Bambule probably comes from the word bambula, or bamboula as they would say in New Orleans and in some of the Creole-speaking Caribbean islands. It refers to a dance of African descendants. Some people believe that it has Bantu origin, and that it comes from the Creole word Bambooshay, which means joy or enjoy yourself. In a way it makes sense. “A Bailar Bambule” brings me great memories and lots of joy. The song’s form is based on call and response. I love it because it sounds raw. You can clearly hear that it’s African-rooted and it has a sense of untouchable purity. The great singer Ismael Rivera improvises answers to the chorus by improvising anticipated phrases over the bar line. Cortijo’s drum and the band sound steady as a rock digging deep into the groove. If you don’t move at all when you hear this, you should probably visit your doctor.

In line with many resourceful jazz practitioners, Gilad Hekselman responded to the enforced isolation of the COVID-19 pandemic with a turning-lemons-to-lemonade attitude that ultimately eventuated … END_OF_DOCUMENT_TOKEN_TO_BE_REPLACED

It was the 1950s. Bebop had established itself as the new paradigm of jazz, but its newest popular variant, “cool jazz” or “West Coast jazz,” … END_OF_DOCUMENT_TOKEN_TO_BE_REPLACED

Session players have always been my thing. Not to take away from the singers or bandleaders or what have you, but I’m more interested in … END_OF_DOCUMENT_TOKEN_TO_BE_REPLACED

Walter Smith III has been burning the candle at both ends. As he connected with JazzTimes via Zoom from a New York City hotel room … END_OF_DOCUMENT_TOKEN_TO_BE_REPLACED