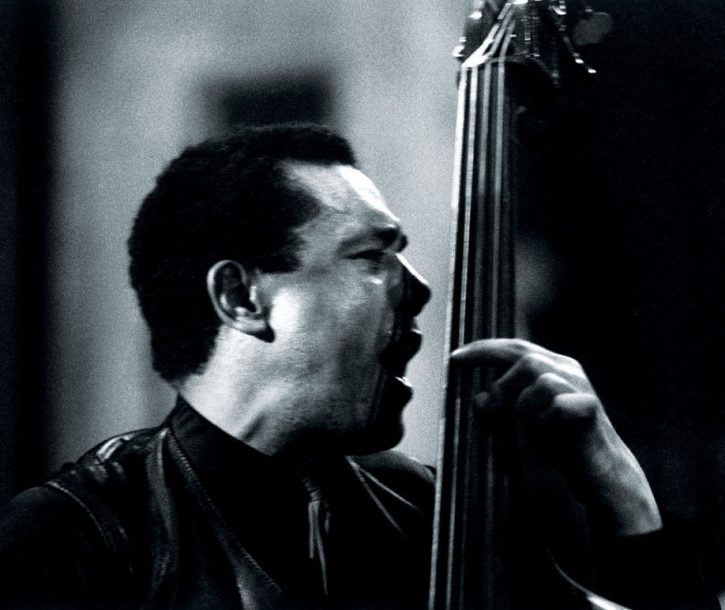 Charles Mingus is my favorite bass player and one of my all-time favorite musicians. I love his playing, his compositions and his attitude. He’s sophisticated but raw. His playing is both primal and beautiful. He’s fearless. What more could you ask for?

Most of these tunes are examples of how Mingus takes the blues and twists it into endless, beautiful variations. This is basically a minor blues and features him (as on most of the tunes) taking a virtuosic solo.

This is a great example of a pretty straightforward slow blues tune. Mingus is a very sophisticated musician but never comes across as “slick.” He maintains the raw and direct power of a bluesman.

This is the definitive version of this tune because he was allowed on this recording to include the lyrics. This is an example of Mingus the activist. Check out how incredibly Mingus and drummer Danny Richmond play together!

This again is Mingus the activist, but this time he is both singing and playing the piano. It’s no surprise that he’s actually a great blues singer.

I picked this for the “conversation” that Mingus and Eric Dolphy have about 2/3 of the way into the tune. I think this was recorded about the time that Dolphy was thinking of leaving the band, and the musical dialogue they had was Mingus pleading with him not to leave. The ensemble playing is incredible throughout the whole track.

This is a tune from a trio record with pianist Hampton Hawes and Danny Richmond. Nice to hear Mingus in this simple trio format.

I had to include this classic, which is a haunting, twisted 12-bar blues.

The last three tracks here are from the incredible Duke Ellington record called Money Jungle. It’s Duke and Mingus with Max Roach on drums. The story I heard is that Mingus was mad because Duke wouldn’t allow any of his compositions on the record. Mingus is on fire and playing way outside the box at times-maybe because he’s pissed. It almost sounds like he’s trying to disrupt the music, but Duke and Max are so strong that it holds together and makes for some of the most original trio playing I’ve ever heard.

This tune is so beautiful and original sounding, in large part because of the way Mingus plays. It’s much more than accompaniment; he makes himself an important part of the piece.

Another great example of a slow blues that showcases Mingus’ virtuosity with a looseness that puts feeling before precision. Check out how he intersperses his basslines with countermelodies and answers to what Duke plays.

In line with many resourceful jazz practitioners, Gilad Hekselman responded to the enforced isolation of the COVID-19 pandemic with a turning-lemons-to-lemonade attitude that ultimately eventuated … END_OF_DOCUMENT_TOKEN_TO_BE_REPLACED

It was the 1950s. Bebop had established itself as the new paradigm of jazz, but its newest popular variant, “cool jazz” or “West Coast jazz,” … END_OF_DOCUMENT_TOKEN_TO_BE_REPLACED

Session players have always been my thing. Not to take away from the singers or bandleaders or what have you, but I’m more interested in … END_OF_DOCUMENT_TOKEN_TO_BE_REPLACED

Walter Smith III has been burning the candle at both ends. As he connected with JazzTimes via Zoom from a New York City hotel room … END_OF_DOCUMENT_TOKEN_TO_BE_REPLACED