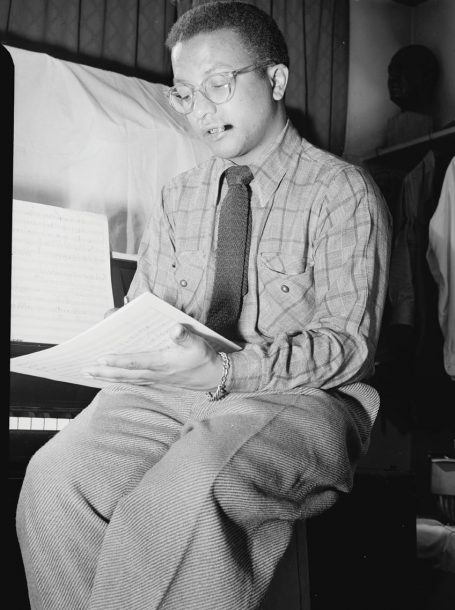 I’ve spent years searching for emotionally resonant ways to tell stories using word and instrument, generally employing my saxophone along with poetry and lyrics. Through these years, certain classic performances of iconic lyrics have stood out and been guideposts for me, showing me that there is a place where technical control and emotional empathy can blend to frame words in a way that goes beyond accepted meaning. The following are some otherworldly performances of songs that embody song titles and lyrics and imbue them with meaning in ways that make you actually rethink the words themselves. They are all performances that I constantly revisit and that enrich my life.

The way Sonny Criss uses blues ornaments around the melody and the plaintive use of sub tone throughout the performance is a far more imaginative description Sunny’s eyes than the “grey and cloudy” of the lyric. Further, Criss’ deep blues and use of repetition with his own ornamental tropes on the bridge, particularly in the second solo bridge, create a basic understanding of the heartbreak that Sunny experiences that clearly transcends the lyric itself. The bridge lyric talks about how Sunny has lost her ability to smile but in the way of popular lyrics of the day the third verse offers hope for new love. Sonny Criss’ deep blues offers a much more complicated hope: the simple hope of articulating how open-ended heartbreak can be.

When originally listening to Dylan’s version of this song, you imagine a lost young man-a ’60s lost traveler, beaten down and searching for home-but there’s something to the husk of Nina Simone’s voice and the size of her notes and the insistency of the way she articulates the words. Plus there’s the undifferentiated anger that somehow burns underneath the words-the notes themselves. It all transforms the story and you get a more socio/political sense of the narrative of the lost soul. It really feels more like all of us. Anyone listening is equally lost and the paradoxical relief you feel from that is palpable. In her own way she transforms the lyric as much as if she were playing it on trombone, even though she sings the song as a simple telling of the story.

The simple title of this is just such a fantastic image. The track starts with all the hippy-ish bells that create a bed for Kirk’s multiple saxophone playing. It’s a moment that so clearly articulates whatever an inflated tear could possible mean and when the smoke clears he plays the gorgeous melody on tenor. But it’s the balance between the rich edginess of the three-horns-at-a-time intro and the lone tenor that allows you to really enter into the harmonic and melodic power of the song. Kirk has established so much of a sound world by the end of the melody that you completely accept the mystery. By the time Rahsaan yells, “Help us! Help us!” we have seen and experienced this notion of the “Inflated Tear.” I wrote lyrics for the song on my 2006 Sotto Voce CD because I wanted to see what actual words would mean to this music. Of course it makes the song a very different animal but that’s the point of reworking someone else’s song that you love. And while I’m proud we tried a different take on the song and like the track it’s not like the additional lyrics were necessary, per se. The title itself was more than enough to tell the story for Kirk. Clearly the words “Inflated Tear” were the jumping off point for the poetry of Rahsaan’s performance on the track and we experience those words along with the amazing performance.

Many people know the story of Sonny Rollins practicing for hours on the Williamsburg Bridge before making this CD, but to me the alchemy of the group is the clarity and the incredible rapport between Jim Hall and Rollins. With all of Rollins’ technique he is totally content squeezing the notes out of the melody after the intro cadenza, then passing the chords off to Hall for the solo. After Rollins reprises the cadenza he rolls into an incredibly melodic solo until he reprises the melody and cadenza again. Each time he restates the melody something different is done to us. Space is created for the lyric to somehow come totally alive. Both Rollins and Hall do something that “mystifies and hypnotizes us” in the deepest sense, again stating and transcending the words with sound and gesture.

In some way this live bass clarinet solo version of “God Bless the Child” has the most deceptive and elemental relationship to the lyric. There’s no surer way to “have your own” than to play solo and actually create your own vocabulary, and this is what happens on the track. Dolphy arpeggiates chords that are related to the song’s changes, taking abstract liberties as he goes along, weaving his own harmonic and melodic web. Then when he is ready to play the bridge he plays an alternate melodic figure so clear and intentional. The lyric, “Money, you got lots of friends/hanging round your door” seems to be both foreboding and tongue-in-cheek at the same time. After the bridge, Dolphy swirls us back around with more arpeggios that form a little meditation on self-sufficiency, even as the performance reads as powerful lament. It’s just such a complex statement and comment on the lyric. Finally the individual language created in the piece concludes with an invitation just to enter Dolphy’s sound and ultimately his breath, where the base of meaning seems to reside.

It’s not that the image of a “Lonely Woman” is so different or surprising, yet it’s a powerful iconic image. After Charlie Haden and Billy Higgins make the bed for the lonely call of Ornette’s alto and Don Cherry’s trumpet in the A section, the incisiveness of the bridge tells us that the stark relationship between the languid melody and the briskness of the ride cymbal is real. There’s such an organic distance in that sound relationship that you completely believe in the shape of not only jazz but the elemental nature of the blues to come.

You can’t talk about dealing with the transformation of lyric to sound and vice versa-or the narrative power of sound when lyric is implied-without bringing Billie Holliday into the discussion. When I studied with Jimmy Heath almost 40 years ago he always said how Billie Holiday was the one singer all the great bebop masters knew. There are so many Billie Holiday cuts I could mention here but since I particularly love the lyric of “Some Other Spring,” and since this late ’30s recording has Holiday’s voice in such fine form, I’ve chosen this. Every line is sung with such elegant legato phrasing that she seems to absolutely come directly out of the reed section. And when you hear her say, “Now I still cling/to faded blossoms” in the first verse, you want in with those blossoms.

People who know the story of this magnificent album of Strayhorn songs know that Billy Strayhorn wrote this unbearably beautiful lament when he was down to 80 pounds from cancer in the last days of his life. The singular vocal pitch-bending by Johnny Hodges heightens the melody and as the band comes in with those giant harmonies the word “bloodcount” literally becomes a kind of count of final moments. We are offered the privilege of sharing this strange and intimate experience musically at the same time the narrative of the word “bloodcount” combines with the swell of music to carry us to a parallel place of imagination.

Roy Nathanson has had a varied career as a saxophonist and bandleader, working with the Lounge Lizards and the Jazz Passengers, which he co-founded. Complicated Day, recorded with his band Sotto Voce, features a collection of eight new compositions and two covers.

In line with many resourceful jazz practitioners, Gilad Hekselman responded to the enforced isolation of the COVID-19 pandemic with a turning-lemons-to-lemonade attitude that ultimately eventuated … END_OF_DOCUMENT_TOKEN_TO_BE_REPLACED

It was the 1950s. Bebop had established itself as the new paradigm of jazz, but its newest popular variant, “cool jazz” or “West Coast jazz,” … END_OF_DOCUMENT_TOKEN_TO_BE_REPLACED

Session players have always been my thing. Not to take away from the singers or bandleaders or what have you, but I’m more interested in … END_OF_DOCUMENT_TOKEN_TO_BE_REPLACED

Walter Smith III has been burning the candle at both ends. As he connected with JazzTimes via Zoom from a New York City hotel room … END_OF_DOCUMENT_TOKEN_TO_BE_REPLACED