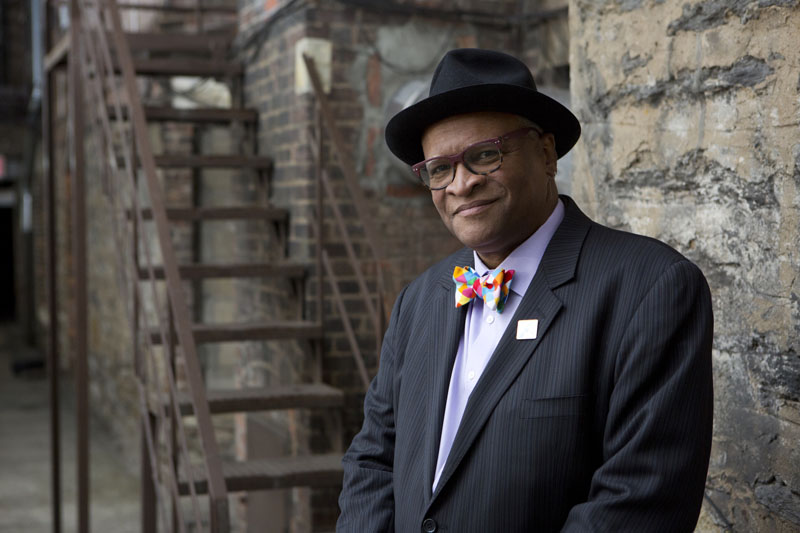 Bobby Watson has served as the musical director of Art Blakey’s Jazz Messengers and performed with Max Roach, Wynton Marsalis, Betty Carter and others. His new Smoke Sessions release, "Made in America," highlights historic yet still overlooked black pioneers in various fields (photo by John Abbott) 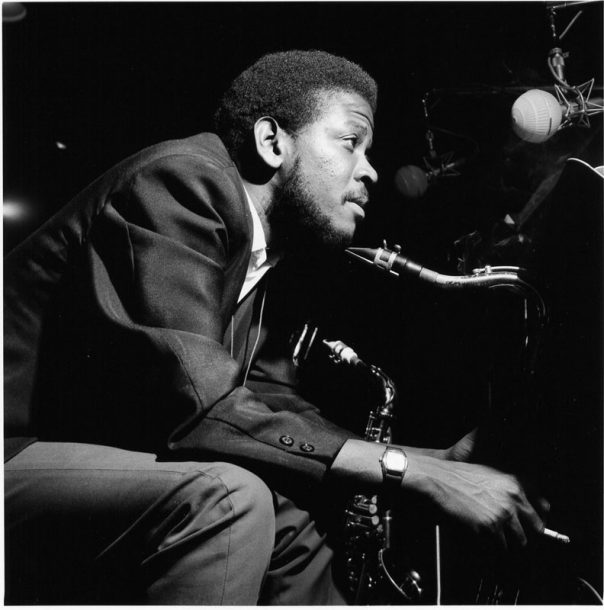 These are all musicians I knew and worked with, and all of them were mentors who were very inspirational to me. I didn’t know who any of them were until I got to New York in 1976. They’re all gone now, but they opened me up and humbled me, and gave me a new perspective on how people have sacrificed their lives for the music. They weren’t small figures—everyone on the scene knew them—but their influence hasn’t passed through to the average jazz student. Who knows why? It’s the luck of the draw. That’s just the way life is.

Tommy Turrentine
“Webb City”
Tommy Turrentine (Time, 1960)
I like his mastery of the postbop language and the sophistication of how he handled chords; he was very ingenious on the trumpet. I ran into him down at Barry Harris’ club on Eighth Avenue [the Jazz Cultural Theater]. A lot of the cats used to hang out down there. I heard him play and talked to him and got a lot of wisdom from him.

Junior Cook
“Chick’s Tune”
Blue Mitchell’s The Thing to Do (Blue Note, 1965)
Junior was one of those cats who would hang in the shadows [at a club], and then once he heard some good music he would appear out of nowhere. On recordings, he and Joe Henderson have a lot in common—I wonder who got what from whom. Junior Cook was Horace Silver’s tenor player before Joe Henderson was, and when I first heard “Chick’s Tune” I thought it was Joe. But Joe gets his acknowledgement and Junior is still under the radar. It’s a great tune by Chick Corea, written over the changes to “You Stepped Out of a Dream.”

Carter Jefferson
“Seventh Avenue”
Woody Shaw’s Stepping Stones: Live at the Village Vanguard (Columbia, 1978)
Carter was someone I ran into early in my days in New York. I didn’t understand his playing at that time, because he was much more advanced than I was. I was still trying to navigate inside the changes, whereas Carter had already developed his own voice. On this particular track I think he’s playing soprano sax, but he was mainly a tenor player. You can still get an idea of his concept, and of why Woody liked him.

Sal Nistico
“Anthropology”
Neo/Nistico (Bee Hive, 1978)
Sal and I played together in the George Coleman Octet. He took me under his wing and gave me a lot of information. He was a virtuoso and a modernist as well as having the classic bebop and swing sensibility; he had that blues in his playing. Sal had a Wayne Shorter tone to his tenor playing as well. I picked “Anthropology” because it’s an example of his modernism over bebop. He was always stretching forward.

Ronnie Mathews
“A Monk’s Dream”
Johnny Griffin’s Return of the Griffin (Galaxy, 1979)
Ronnie was a very big Monk fan and put out a couple of books where he did arrangements of Monk’s tunes. He was a quintessential New Yorker—he absorbed Monk and Bud Powell and came from that seriously New York bebop language.

John Hicks
“Ode for Aaron”
Bobby Watson Quartet’s Love Remains (Red, 1986)
This is my song, and Aaron is my son. John was a very powerful and dynamic and emotional player who always delivered an unforgettable performance. The first time I came across John was at Concerts by the Sea in Redondo Beach, Calif., with the Jazz Messengers. John was a former Jazz Messenger and Art Blakey had him sit in, and I had never had anybody that powerful behind me on piano. I did several records with him. This track is a good example of his strength and his forward momentum. He came through with McCoy Tyner but didn’t play like McCoy. He had his own thing.

Walter Davis Jr.
“Backgammon”
Scorpio Rising (SteepleChase, 1989)
Walter was one of the first piano players I played with in the Jazz Messengers. He used to hang out with Bird and Bud Powell. He had a unique approach to the music theoretically; he was a very deep thinker. We played “Backgammon” in the Jazz Messengers—he was the musical director before I was. He was just a beautiful spirit, and I wish more people knew about him.

Walter Smith III has been burning the candle at both ends. As he connected with JazzTimes via Zoom from a New York City hotel room … END_OF_DOCUMENT_TOKEN_TO_BE_REPLACED

Bassist Tim Lefebvre makes no bones about it: For cooking, his comfort zone is outside. The kitchen belongs to his wife, singer/songwriter/keyboardist Rachel Eckroth. “She’s … END_OF_DOCUMENT_TOKEN_TO_BE_REPLACED

He was sometimes called “Jazz’s Angry Man.” Perhaps it’s better to think of him in comparison with Beethoven: tempestuous, capable of roiling, grandiose passions and … END_OF_DOCUMENT_TOKEN_TO_BE_REPLACED

“It’s amazing how versatile the trombone is, and can be, and will continue to be,” Ryan Keberle said about the state of his instrument circa … END_OF_DOCUMENT_TOKEN_TO_BE_REPLACED