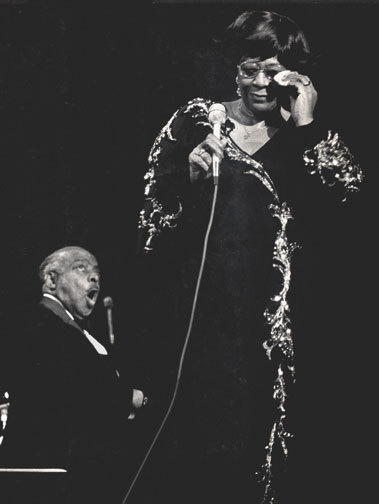 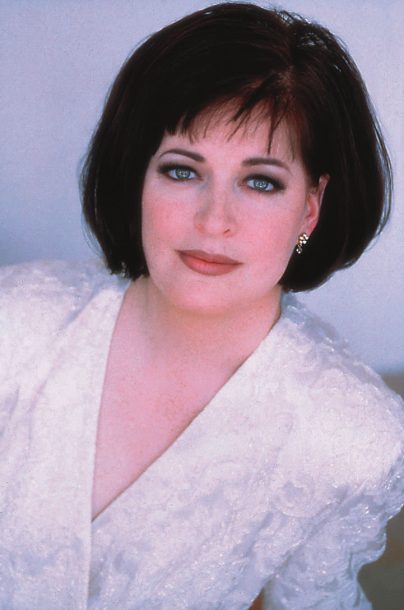 I want to live in a world where everyone knows who Ella Fitzgerald is. As Jefferson is to the Constitution, as Da Vinci is to the Renaissance, Ella Fitzgerald is to American jazz. I say is because I don’t believe there’s any was to the great ones, and there certainly is no was to Ella. Ella crosses bridges of race, creed and color around the world by being in the moment in everything she does. In her singular way of singing, as each note leaps out of her without a net, she catches millions of hearts along the way, including mine every single time. Here’s my hero in 10 favorite songs. Come on in.

There’s swing and there’s swang. When you have Oscar Peterson at the piano, Ray Brown on bass, Herb Ellis on guitar and Gus Johnson on drums on the encore of your 41st birthday before an ecstatic audience in Rome, you are going to swang. Check out the moment when she improvises instructions to Oscar to take a solo after he made her giggle earlier.

One of her finest ballad readings. Pianist Lou Levy anticipates each thought and breath so she is free to completely inhabit the world of this classic from the opera Porgy and Bess. The purity of her a cappella opening line, “I want to stay here,” feels like a disrobing, and she sings about her love throughout the rest of the song in the emotional nude.

To hear the affectionate friendship between these two jazz greats, mirrored in the musical friendship they share here, is the ultimate musical comfort food to me. Somehow their voices-Ella’s smooth with Satchmo’s raspy-go together like mac and cheese. Ella and Louis traded choruses and lines with ease, intimacy and swinging good humor.

Billy Strayhorn is rumored to have begun writing this song at the age of 18, and the lyrics expressing yearning and loss in the midst of fame and fortune seem to hold much resonance for Ella in this performance. Duke was a longtime friend of Ella’s, and it’s easy to hear how his sensibilities as a composer, arranger, conductor and accompanist fit hand in glove with what I call Ella’s “ella-gance” and “ella-quence.”

This is from the first Ella album I heard as a child, and whenever it played on our turntable, our tiny walkup in Chicago became a musical paradise. Many of my favorite Ella moments are on her live recordings, as she seems to sing with the greatest abandon before her beloved audiences.

“I Hadn’t Anyone Till You”
Ella Fitzgerald Sings Songs From “Let No Man Write My Epitaph” (Verve, 1960)

With just the spare accompaniment of Paul Smith at the piano, there is a particularly haunting side to Ella here that tugs at my heart. It sounds like one of those moments that happen about 4 a.m. after a long night when the club has finally emptied, the chairs are put up and the pianist asks the singer, “How about one more?” Without a trace of artifice, Ella sings this confession as if her very own, and I believe every word.

In the 1940s, this song helped establish Ella as one of the greatest jazz singers in the world. Here is a spectacular example of Ella jamming with the Bob Haggart Band in L.A., with no holds barred. Ella shows she is not just a singer, she is a musician armed with more ideas per minute than a Mensa scholar.

“What Are You Doing New Year’s Eve?”
Ella Wishes You a Swinging Christmas

In this gently swinging chestnut, arranged by Frank DeVol, Ella warms us by singing her invitation with the surefooted grace of Fred Astaire on the dance floor. After all the red and green cheer of the album, I love the blue understatement of this moment.

As a keeper of the flame of the Great American Songbook, I have the utmost admiration for the brilliance of Norman Granz’s eight-album Ella Songbook series on Verve. This song is from the first collection that Ella recorded, and it is arranged and conducted by Buddy Bregman. We find Ella at the peak of her vocal powers here, enlivening Porter’s masterful lyrics.

From the must-have four-CD box set recently released of Ella live in L.A. with Oscar Peterson at the piano, she rules the world with a song she composed herself based on Joe Williams’ many blues hits. Ella pioneered what I like to call a “scat-ley,” a medley of scatted song quotes, and this track displays her genius-so relaxed and joyous, you can almost feel the wind in your hair.

In line with many resourceful jazz practitioners, Gilad Hekselman responded to the enforced isolation of the COVID-19 pandemic with a turning-lemons-to-lemonade attitude that ultimately eventuated … END_OF_DOCUMENT_TOKEN_TO_BE_REPLACED

It was the 1950s. Bebop had established itself as the new paradigm of jazz, but its newest popular variant, “cool jazz” or “West Coast jazz,” … END_OF_DOCUMENT_TOKEN_TO_BE_REPLACED

Session players have always been my thing. Not to take away from the singers or bandleaders or what have you, but I’m more interested in … END_OF_DOCUMENT_TOKEN_TO_BE_REPLACED

Walter Smith III has been burning the candle at both ends. As he connected with JazzTimes via Zoom from a New York City hotel room … END_OF_DOCUMENT_TOKEN_TO_BE_REPLACED