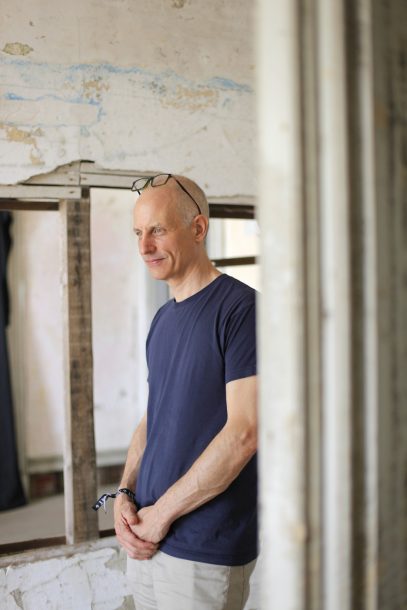 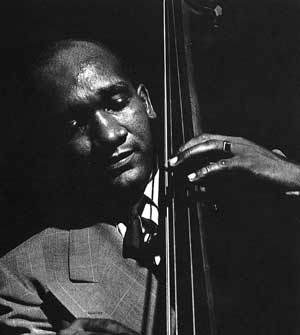 When you are an improvising cellist, there is not so much history to look back upon and contemplate. Unlike saxophone players or guitar players who have a long line of titans to measure themselves against, we jazz cello players are more or less on our own. However, we do have Oscar Pettiford. Pettiford tuned the cello like a bass so he’d be instantly familiar with where the notes lay, and he never used the bow, so it is fair to say he didn’t make use of the full spectrum of sounds available to a cellist. But he was passionate about the instrument, using it often in crucial sessions under his name-if it was an Oscar Pettiford recording, the cello was often there, in a central role. So, here is my cello-centric playlist of the great Oscar Pettiford.

Named after the Rudolf Valentino Hollywood estate where Doris Duke later held jazz concerts, this is a great example of Pettiford’s buoyant, swinging, cheerful side-both playing and writing. Pettiford is the first great composer and player to center a band around the cello, and write for it intelligently. Everybody sounds just great on this loose recording.

The sentimental side of Pettiford, a sweet, gentle tune carried by Watkins with a light, dancing counter line played by Urso. Many sources cite Pettiford as often enlisting other musicians to “get down” the parts he was working on, and it may have caused him problems with songwriting credit, but never with getting his ideas across. Reed player Budd Johnson said, “Most all of those tunes that we played on 52nd Street when I worked with Diz, damned near half of them were Oscar’s tunes. He was writing tunes every day. ‘Hey, Budd. Put this down. Put this down. Put this down.’ ‘Cause he couldn’t notate it on paper.”+

Oscar Pettiford and his Jazz Groups

A group from Pettiford’s expat days in Denmark, and a good example of Pettiford’s sentimental side. This tune is named for his twin girls Cellina and Celeste, who were born in the late 1950s. If you’re wondering about those names, you should know that Pettiford named his son Cello (the cover of My Little Cello pictures Oscar holding his infant son). So it’s clear he had a special relationship to the instrument!

Pettiford ends up adding cello to another interesting band of all-stars. Ellington freely improvises, Strayhorn adds atmosphere on the celeste and Pettiford punches out the heavily syncopated rhythms of the melody and his improvisation. Another loose recording that kills!

Pettiford was “bull-headed,” frustrated and unhappy at times with his career and evidently had troubles with alcohol, but he never betrays this rough streak in his music, which is upbeat and optimistic or sweet. This is a great example of the upbeat OP: a medium fast blues with a crafted arrangement that never lets the players go completely free, and always entertains.

A lovely tune and a big colorful arrangement credited to Gigci Gryce (although Pettiford seemed to have a taste for French horn and harp, which are both featured prominently here and in other Pettiford big groups.). One of OP’s last recordings as a leader in the U.S. before he left to live in Denmark, where he died in September of 1960.

A goofy title but a great small group and a whole lot of cello! Billy Taylor said of Pettiford, “Pettiford’s work was plugged right into Dizzy and Bird. That’s right where he was coming from; the same kind of drive, the same kind of melodic impetus that stemmed from that rhythmic security.”+

The only tune on this playlist not composed by Pettiford, this is a clever, driving arrangement of a Randy Weston tune that features Pettiford’s cello, Watkins and Amram’s horns and Betty Glamann’s harp (check out the comping on Pettiford’s solo!). This is one of the first tracks I fell in love with when I did some research into early jazz cello players.

Oscar Pettiford, Harry Babasin, cello; Arnold Ross, p; Joe Comfort, b; Alvin Stoller, dr. Dueling celli! Here with Harry Babasin, who was the first bass player to cross over and record playing cello (“Up At Dodo’s Place,” 1947). They join forces in this effervescent Pettiford blues that features a terrific solo as well. Things didn’t always work out for Pettiford. Though he was often his own worst enemy, even his best intentions were sometimes met with negative results. “Oh, Oscar Pettiford. Oscar was great,” says vibraphonist Terry Gibbs. “In those days, you know, you go to after-hours clubs. Oscar, one time, wanted to take his own bass with him. So he took his bass. And the club got busted. Everybody is jumping out of windows. We all jumped out of windows. Except Oscar couldn’t go ’cause his bass was more important than his life. So we had to bail him out.”+

+Quotes from Swing to Bop: An Oral History of the Transition in Jazz in the 1940s.

Erik Friedlander’s newest album is called Oscalypso: A Tribute to Oscar Pettiford. It is available on Friedlander’s own Skipstone label. It features Friedlander on cello, Michael Blake on tenor saxophone, Trevor Dunn on bass and Mike Sarin on drums. The material is all original music by Pettiford including his classics “Tricotism,” “Bohemia After Dark” and “Pendulum at Falcon’s Lair.” For more info, visit Erik Friedlander.com.

In line with many resourceful jazz practitioners, Gilad Hekselman responded to the enforced isolation of the COVID-19 pandemic with a turning-lemons-to-lemonade attitude that ultimately eventuated … END_OF_DOCUMENT_TOKEN_TO_BE_REPLACED

It was the 1950s. Bebop had established itself as the new paradigm of jazz, but its newest popular variant, “cool jazz” or “West Coast jazz,” … END_OF_DOCUMENT_TOKEN_TO_BE_REPLACED

Session players have always been my thing. Not to take away from the singers or bandleaders or what have you, but I’m more interested in … END_OF_DOCUMENT_TOKEN_TO_BE_REPLACED

Walter Smith III has been burning the candle at both ends. As he connected with JazzTimes via Zoom from a New York City hotel room … END_OF_DOCUMENT_TOKEN_TO_BE_REPLACED