Skip to content
Become a member and get exclusive access to articles, live sessions and more!
Start Your Free Trial
Home > Features > A Listening Session With Bria Skonberg 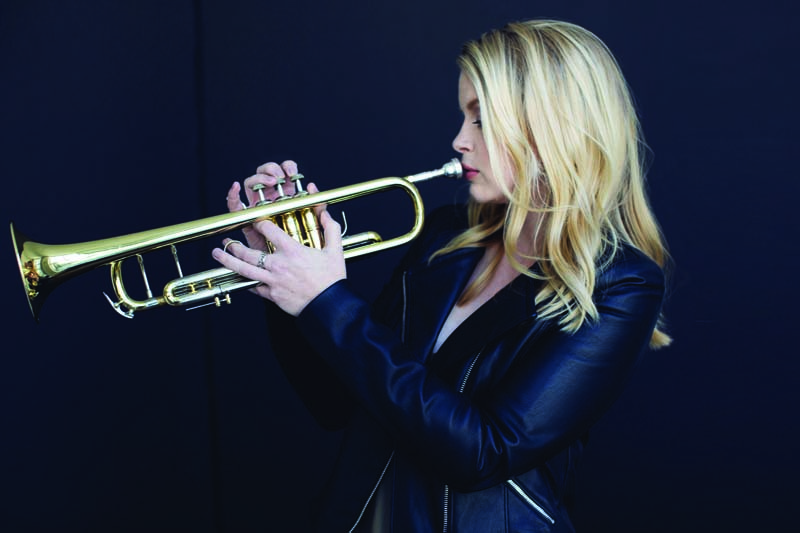 Trumpeter and vocalist Bria Skonberg has used the term “trad fusion” to describe her music: steeped in the swing and vivacity of ’20s and ’30s “hot” jazz, yet shaped by a range of other aesthetics in jazz, modern pop and beyond. The British Columbia native has gained increasing acclaim since moving to New York, cofounding the spirited New York Hot Jazz Festival and steadily releasing eclectic albums as a bandleader, including Fresh (2009), So Is the Day (2012) and Into Your Own (2014). These recordings find her performing originals, standards and arrangements of gems by Joni Mitchell, the Beatles, Janis Joplin, the Cardigans, Stevie Wonder and more. Her newest offering, Bria, produced by Matt Pierson, marks her Sony Masterworks debut and features pianist Aaron Diehl, bassist Reginald Veal, drummer Ali Jackson and guests.

Breaking away from her teaching duties at the Juilliard Jazz Academy on a sweltering mid-July day, Skonberg, 32, generously lent JazzTimes her ears and shared her thoughts about music spanning nearly a century.

Joe Farnsworth, whose drumming has been the driving wheel in bands led by McCoy Tyner, Benny Golson, Harold Mabern, and Pharoah Sanders, is coming to … END_OF_DOCUMENT_TOKEN_TO_BE_REPLACED

Recently I was at a café wrapping up a day by reading Edwardian ghost stories, bored by the music on the sound system and not … END_OF_DOCUMENT_TOKEN_TO_BE_REPLACED

“I live close to the ocean here in Los Angeles, so I’m surfing pretty much every day, and fortunately my family is close by—my folks, … END_OF_DOCUMENT_TOKEN_TO_BE_REPLACED