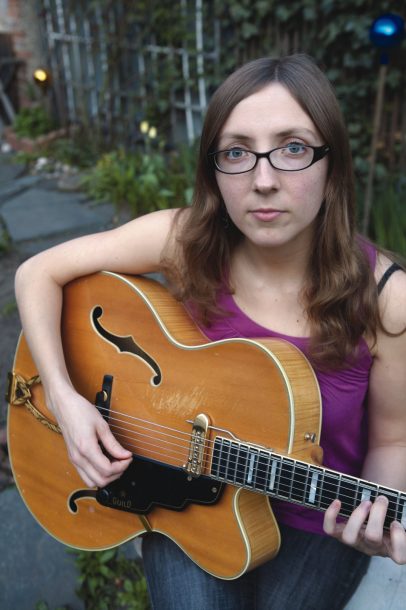 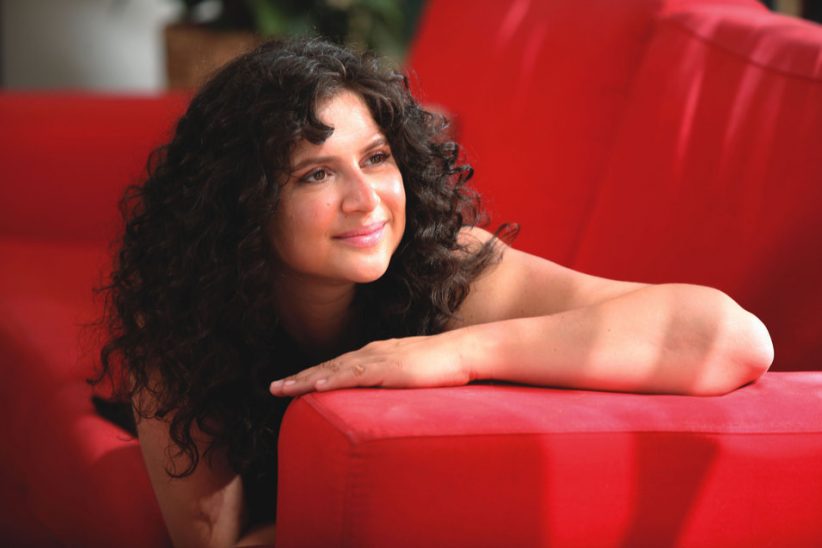 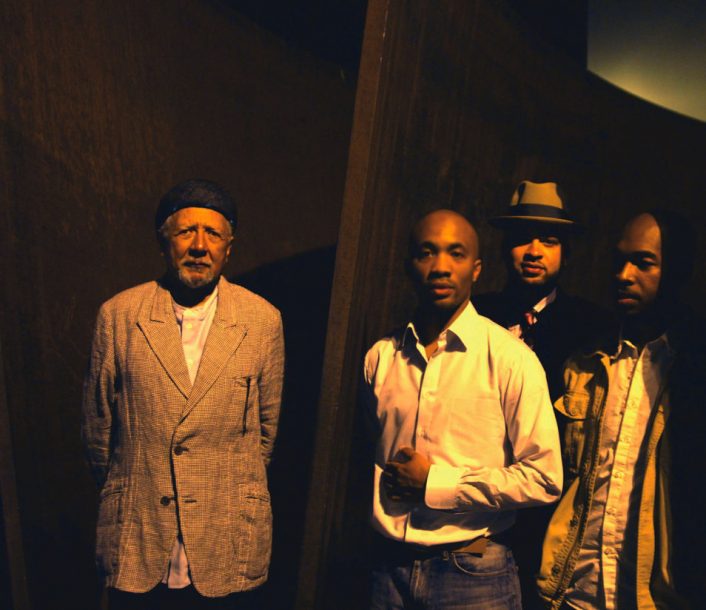 We compiled our top 50 CDs of 2008 from the year-end Top-10 lists by our critics. To see each voter’s ballot, log on to JazzTimes.com. Only CDs released between Nov. 1, 2007, and Oct. 31, 2008, were eligible. Some discs may have slipped through the rules, however, as release dates weren’t always handy.

The tenor saxophonist and flutist Charles Lloyd’s most recent ECM recording, the live album Rabo de Nube, is one of the best in his crowded discography, thanks in no small part to a band comprising phenomenal players who are decades Lloyd’s juniors. Drummer Eric Harland, bassist Reuben Rogers and, perhaps most important, the pianist Jason Moran may technically qualify as sidemen here, but they function as anything but.

Lloyd has had divine luck with pianists throughout his career, from his ’60s group featuring a young Keith Jarrett-the folkies’ and rockers’ favorite jazz combo-through groups graced with Michel Petrucciani, Bobo Stenson, Geri Allen and Brad Mehldau. Taking a slight detour from a leader career that may have gotten a bit too conceptually precious on 2006’s Artist in Residence, Moran proves an ideal foil: He matches the saxophonist’s skittering billows of notes with his own cackling lines on “Prometheus,” reiterates the leader’s melody with gentility on “Booker’s Garden,” crawls through thickets of world-groove on “Ramanujan,” and, on pieces like the stately, sacred-seeking “Migration of Spirit,” keeps Lloyd’s new-age temptations in check and aligns the band more with Impulse!-era courage. E.H.

On his tribute albums, Lovano has shown a tendency to avoid sentimentality and take a rigorous approach to his musical heroes. It’s good to see he’s no less sparing of his own compositions. W.R.

He cemented himself into history on Miles’ Bitches Brew, blowing bass clarinet swaths that seemed to foreshadow an apocalypse. But, as this session with a Polish rhythm section attests, he’s a leader whose aesthetic of choice is crystalline, inward-looking chamber jazz. E.H.

On this album’s centerpiece, a 25-minute piece in four sections inspired by nightclubs and big bands of the 1950s, the mood ranges from lyrically sentimental to hard swinging in a harmonic area not normally associated with big bands. M.S.

Billed as Cassandra Wilson’s “return to jazz,” Loverly stands as one of Wilson’s coziest recordings, which is not to say it isn’t daring-quite the opposite, in fact: It’s full of surprises. J.T.

Rich big-band charts, murky minimalist touches and quirky rhythms aside, Klein’s true majesty can be found on Filtros within the dedication he gives to his homelands. A.A.

Kinsmen is a stylish and evocative blend of indigenous art forms, an extraordinarily successful East-meets-West experiment, and the most stimulating world/jazz soundclash since Ornette Coleman jammed in Jajouka. M.M.

Notes From the Village (Anzic)

She broke out in 2007 and backed up her rep in 2008, proving on Notes that her ubiquity stems more from a fiercely transcultural, groove-happy modern-mainstream sound than from heavy-duty marketing. E.H.

The concept looks better on paper, but the talent pool cannot be denied: Tyner with the to-die-for rhythm team of Ron Carter and Jack DeJohnette, plus pickers Frisell, Scofield, Ribot, Trucks and Fleck. No, it isn’t astonishing; yes, it is a great time. E.H.

Longitude is quite simply one of the best piano trio releases in recent years, with not an uneven track to be found. At the age of 80, no less, Solal’s creativity continues to astonish. S.A.

James Carter’s first outing for Emarcy is an unselfconscious mix of influences, more three-dimensional than his various tribute discs and the recent organ-trio blowouts Live at Baker’s and Out of Nowhere. D.A.

If you’re looking for instrumental fireworks or can’t abide reflection, you’ll find no delight here. But if you value the wisdom of elders and the hard won grace of decades spent mastering the traditions and nuances of jazz, this CD is a joy. G.K.

The Fellowship interacts like a jazz group even as it purveys a monumental, suitelike sensibility, with complex forms, big narrative arcs and a prevailing folk-rock melancholy. D.A.

As Hargrove matures, he’s less worried about playing a million notes and more worried about singing seductively through his horn to a woman-or to an audience. Pianist Gerald Clayton has already learned the same lesson, and he emerges as a major talent on this project. G.H.

Jose who? We asked the same question when a few of our critics effusively praised the debut album from this young jazz singer, who artfully melds hip-hop and traditional jazz influences. Now we know. L.M.

The cliché is true in this case. A new recording by Bobo Stenson is an event. Since 1979, he has made only six albums as a leader for ECM. They constitute one of the important piano trio canons in modern jazz. T.C.

Mehldau plays here with a daring abandon that sweeps all of the 12 performances far from where they began. Yet he is not reckless; every piece sustains one large idea. T.C.

The SFJAZZ Collective is an egalitarian wonder, equally concerned with where the music has been and where it’s going. … [On this exploration of Wayne Shorter’s music,] every track is a discovery, and you will not find a weak link in the ensemble. P.T.

Smith elicits a symphony of sounds from his trumpet; pianist Vijay Iyer seems more caffeinated than usual; bassist John Lindberg thumps and plucks so hard he threatens to pop the woofers; and Shannon Jackson beats his kit feverishly. S.G.

It takes nerve for a young trio to create music of such stillness, such patience. The fact that these three have played together since they were teenagers is audible in the way they trust the epiphanies they collectively come upon. T.C.

Teeming with energy, original ideas and virtuosic soloing by the bassist-composer, Gently Disturbed is another reason to consider Cohen among the elite bassists on the scene today. B.M.

Bert’s Playground can only enhance Hoenig’s reputation as a supremely gifted percussionist as well as a versatile composer/arranger, as he marshals his ever-more-refined skills to create an eclectic program of his original compositions and imaginative arrangements. C.K.

At last Patricia Barber takes a headlong dive into the Cole Porter pool and the results make the familiar utterly fresh. C.L.

What has always made this duo magical comes flooding back with “Bud Powell”: There is an updraft of affirmational energy, the infectious joy that these two take in playing together. T.C.

This recording, dedicated to the late saxophonist Mario Rivera and Cuban bassist Cachao, is more of a showcase of thoughtful compositions and overall vision than mere chops. B.M.

There are no wasted notes here, and no aimless technical displays. Locke and Jonathan Kreisberg seem to inspire each other to creative heights, with the exemplary backing of bassist Jay Anderson and drummer Joe La Barbera. S.A.

Bernstein’s fourth entry in his ongoing Diaspora series is the most freewheeling thus far, a laissez-faire affair that shifts the recording location, and the sensibility, to the anything-goes/toss-it-all-into-the-mix Bay Area. J.T.

Just as this is a disc that attempts to take “a fresh approach to tradition,” as Dr. White puts it, it is one that acknowledges Katrina’s devastation without succumbing to it. W.R.

These days, Liebman still draws on his Trane influence, but it comes up in some original situations. Case in point: these live recordings, captured in 2005 with an Italian trio. S.G.

What makes Passos stand out among her Brazilian chanteuse contemporaries is that she is able to so successfully combine the worlds of Música Popular Brasileira, or MPB, and modern jazz. J.S.

Rudolph’s world is one of contrasting shapes and languages. His considerable time spent within the music of the Gnawa informs Dream Garden, but the present crew continues past Morocco into parts unknown to create its own identity. J.T.

As close as you can get to “rising star” in the avant-garde, Halvorson, a Braxton disciple, is that rarest of out players: A guitarist whose startling effect relies not on sonics but on jarringly angular composition and improvisation. E.H.

Remarkable on three counts: The lineup includes names like Moran, Grenadier, Loueke and Turner; like Miguel Zenón, Mela’s Latin heritage underscores his modern-jazz bent as organically as possible; and it’s the work of a man in the midst of profound life changes. E.H.

Here is jazz for 2008: thoroughly original, endlessly creative, and unabashedly modern without being iconoclastic. S.G.

You Are There (Emarcy)

Like so many works of genius, this sublime pairing of legendary pianist and destined-to-be-iconic vocalist is deceptively simple: two superlative craftspeople matching wits while igniting one another’s imaginations. C.L.

The Remedy: Live at the Village Vanguard (ArtistShare)

His seventh as a leader and debut for ArtistShare, The Remedy once again pairs Rosenwinkel on the frontline with his longtime partner, tenor saxophonist Mark Turner, who at this point is to Kurt as Bird was to Diz. B.M.

I Am I Am (Sunnyside)

A spiritual current that often evokes John Coltrane runs throughout I Am I Am, but the arrangements are focused, the melodies appealing. In the end, Allen addresses a challenging trio tradition in his own distinctive fashion. M.J.

A feeling of tethered freedom pervades Pavone’s excellent new record, which reunites him with his old comrade Paul Bley on their first recording together in 35 years. … What a reunion, and Wilson fits right in. His symbiosis with Pavone is remarkable. S.G. Originally Published January 1, 2009

In line with many resourceful jazz practitioners, Gilad Hekselman responded to the enforced isolation of the COVID-19 pandemic with a turning-lemons-to-lemonade attitude that ultimately eventuated … END_OF_DOCUMENT_TOKEN_TO_BE_REPLACED

It was the 1950s. Bebop had established itself as the new paradigm of jazz, but its newest popular variant, “cool jazz” or “West Coast jazz,” … END_OF_DOCUMENT_TOKEN_TO_BE_REPLACED

Session players have always been my thing. Not to take away from the singers or bandleaders or what have you, but I’m more interested in … END_OF_DOCUMENT_TOKEN_TO_BE_REPLACED

Walter Smith III has been burning the candle at both ends. As he connected with JazzTimes via Zoom from a New York City hotel room … END_OF_DOCUMENT_TOKEN_TO_BE_REPLACED