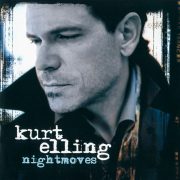 Kurt Elling & John Pizzarelli: “Well, Did You Evah?”
Bonus track from Elling’s Nightmoves (Concord, 2007)
Written for 1956’s High Society, Cole Porter’s cosmopolitan poke at the upper crust, set to a robust Nelson Riddle arrangement, proved a showstopper for co-stars Bing Crosby and Frank Sinatra. Resurrecting it a half-century later, Kurt Elling and John Pizzarelli chose a more lilting, guitar- and bass-propelled pace. Some of the original lyrics are preserved, comingled with jazz-savvy additions from Elling. It’s now a more coolly intellectual guide to Porter’s “swellegant” whirl, though no less fun, with plenty of jocund ad-libs and witty cracks. The guys even give themselves a DownBeat rating, downgraded by Pizzarelli from four stars to three-and-a-half.

When I started listening to jazz, as a kid growing up in rural Ohio, I got pretty lucky choosing my first few records. A Dizzy … END_OF_DOCUMENT_TOKEN_TO_BE_REPLACED

You are reading the words of an Andrew Hill fanatic. The kind who has spent years poring over his music, track by track. And why … END_OF_DOCUMENT_TOKEN_TO_BE_REPLACED