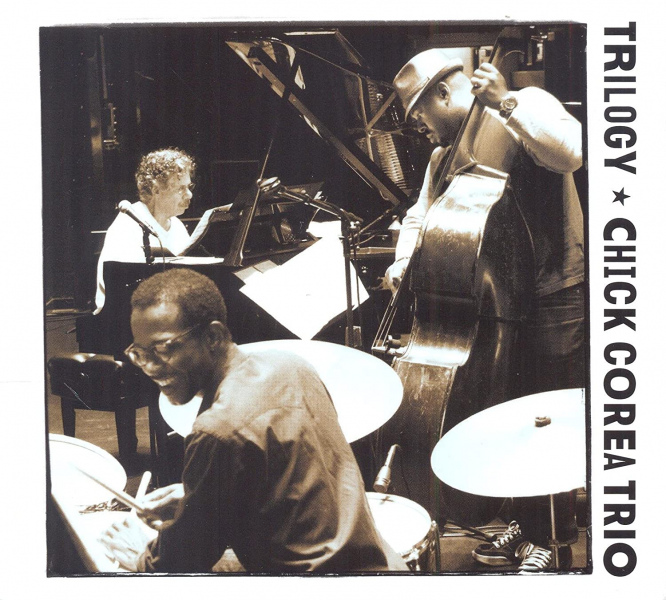 Chick takes a back-to-basics approach on this three-disc live set, recorded at venues around the globe. He returns to the acoustic piano-trio format to rework some fan-favorite compositions—“Spain,” “Armando’s Rhumba”—and familiar standards. He’s in the driver’s seat, at 73 relying on full-force chops and an always questing creative spirit to feed brilliant solos, but he also taps into remarkable ensemble synchronicity with bassist Christian McBride and drummer Brian Blade. PHILIP BOOTH

After a year of lockdown, it’s getting hard to tell if someone is naturally gregarious, or if the need for conversation and interaction is driving … END_OF_DOCUMENT_TOKEN_TO_BE_REPLACED

What better way to celebrate the 50th anniversary of a music magazine than by making a top-50 list? Given how much time we’re spending at … END_OF_DOCUMENT_TOKEN_TO_BE_REPLACED

He loved the nickname “Dizzy,” and he did everything he could to live up to it. The hyperactive stage antics, the puffed cheeks, the distinctive … END_OF_DOCUMENT_TOKEN_TO_BE_REPLACED

For this Before & After listening session, originally done via Zoom and streamed live online, we decided that a multifaceted subject like bassist/composer/arranger/bandleader/educator John Clayton … END_OF_DOCUMENT_TOKEN_TO_BE_REPLACED