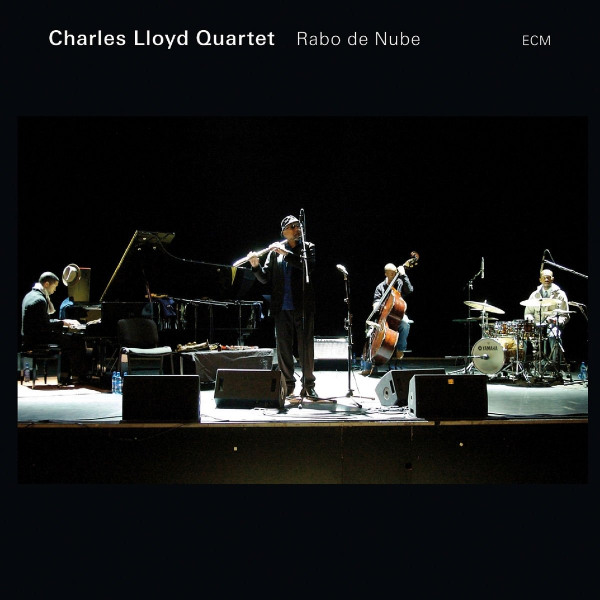 Lloyd plays only with the finest pianists, and he doesn’t change them often. Rabo de Nube documents Jason Moran’s debut with Lloyd’s quartet. Moran is a denser, more jagged, more percussive pianist than his predecessors, and therefore the most different from Lloyd. The two juxtapose their separate concepts of lyricism even as they meet on the common ground of their shared predilection for sweeping drama. THOMAS CONRAD

After a year of lockdown, it’s getting hard to tell if someone is naturally gregarious, or if the need for conversation and interaction is driving … END_OF_DOCUMENT_TOKEN_TO_BE_REPLACED

What better way to celebrate the 50th anniversary of a music magazine than by making a top-50 list? Given how much time we’re spending at … END_OF_DOCUMENT_TOKEN_TO_BE_REPLACED

He loved the nickname “Dizzy,” and he did everything he could to live up to it. The hyperactive stage antics, the puffed cheeks, the distinctive … END_OF_DOCUMENT_TOKEN_TO_BE_REPLACED

For this Before & After listening session, originally done via Zoom and streamed live online, we decided that a multifaceted subject like bassist/composer/arranger/bandleader/educator John Clayton … END_OF_DOCUMENT_TOKEN_TO_BE_REPLACED