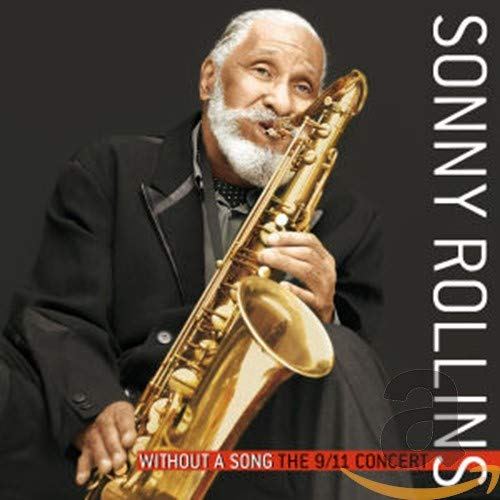 This album is that rare case in which the backstory is quite nearly the whole story. On September 11, 2001, Rollins was living in an apartment not far from the Twin Towers; after their fall, he was forced to evacuate his building amid the debris and pollution. The legendary tenor saxophonist went to Boston where, five days later, he performed a concert that was eventually released as this album, which won a Grammy in 2006. Always a transcendent performer, Rollins doesn’t disappoint on this 72-minute set with his working band. One footnote: Retired from playing since 2012, Rollins blames the toxic air of post-9/11 New York for his subsequent respiratory issues that later made it impossible for him to play the tenor. LEE MERGNER

Learn more about Without a Song: The 9/11 Concert on Amazon.

What’s one of the best ways to make a jazz fan for life? Start early. The books listed below can help, and they’re just 10 … END_OF_DOCUMENT_TOKEN_TO_BE_REPLACED

I did not start seriously writing lyrics until I was in my thirties, at which time the endeavor became the centerpiece of my life. Following … END_OF_DOCUMENT_TOKEN_TO_BE_REPLACED

Nnenna Freelon recently released her 11th album and first studio album in a decade, despite—but also, in a sense, because of—her personal travails of the … END_OF_DOCUMENT_TOKEN_TO_BE_REPLACED

What better way to celebrate the 50th anniversary of a music magazine than by making a top-50 list? Given how much time we’re spending at … END_OF_DOCUMENT_TOKEN_TO_BE_REPLACED