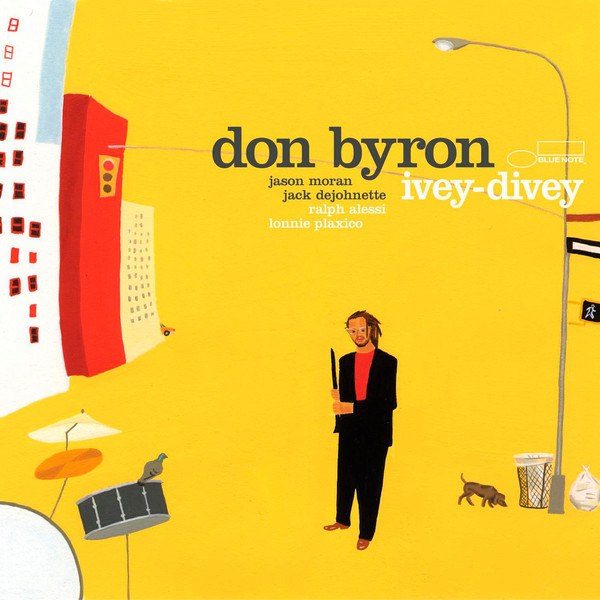 In 2004 Don Byron was, by critical consensus, the preeminent clarinetist in jazz. Ivey-Divey shows exactly why. It is a tribute to a 1946 Lester Young trio recording with no bassist. The premise and the rhythm section (Jason Moran and Jack DeJohnette) inspire Byron to unleash his full arsenal as an improviser, from intricate melodic investigations within standard songs to explosive deconstructions of those standards. THOMAS CONRAD

Learn more about Ivey-Divey on Amazon.

What’s one of the best ways to make a jazz fan for life? Start early. The books listed below can help, and they’re just 10 … END_OF_DOCUMENT_TOKEN_TO_BE_REPLACED

I did not start seriously writing lyrics until I was in my thirties, at which time the endeavor became the centerpiece of my life. Following … END_OF_DOCUMENT_TOKEN_TO_BE_REPLACED

Nnenna Freelon recently released her 11th album and first studio album in a decade, despite—but also, in a sense, because of—her personal travails of the … END_OF_DOCUMENT_TOKEN_TO_BE_REPLACED

What better way to celebrate the 50th anniversary of a music magazine than by making a top-50 list? Given how much time we’re spending at … END_OF_DOCUMENT_TOKEN_TO_BE_REPLACED