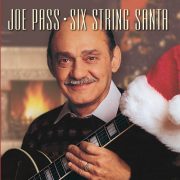 One of Joe Pass’ final recordings before his 1994 passing, Six String Santa is a quartet date featuring the legendary guitarist’s last band (rhythm guitarist John Pisano, bassist Jim Hughart, and bassist Colin Bailey). For Pass, who could get all the accompaniment he needed out of his own guitar, this qualifies as a fleshed-out ensemble, but he makes it sound both stripped-down and charming. Includes perhaps the warmest rendition of “O Christmas Tree” ever attempted in jazz, Guaraldi’s included—complete with a cascading masterpiece of a solo.

Check the price of Six String Santa on Amazon!

This year marks the 50th anniversary of JazzTimes—and you can help us celebrate. We’re compiling a feature for our upcoming 50th-anniversary issue on the top … END_OF_DOCUMENT_TOKEN_TO_BE_REPLACED

“She was so out, and so in,” wrote pianist and JazzTimes columnist Ethan Iverson of Geri Allen. “In the mid-’80s, very few could say they … END_OF_DOCUMENT_TOKEN_TO_BE_REPLACED

This being the “Renegades” issue [May 2020], it’s an absolute given that you’d find William Hooker here. The prolific drummer, poet, and composer has gone … END_OF_DOCUMENT_TOKEN_TO_BE_REPLACED