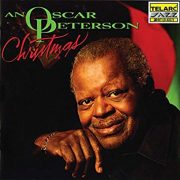 His second album recorded after a 1993 stroke finds Peterson uncharacteristically succinct and uncluttered on most of these tunes (with some triumphant returns to form on “Santa Claus Is Comin’ to Town” and “Winter Wonderland”). But he’s still Oscar Peterson, full of tasty fills and blues licks, and even when he yields the lead to guests like vibraphonist Dave Samuels and flugelhornist Jack Schantz (or the string orchestra that blankets most of the record), he throws down swing as though issuing a challenge—one on which guitarist Lorne Lofsky, bassist David Young, and drummer Jerry Fuller happily take him up.

Check the price of An Oscar Peterson Christmas on Amazon!

This year marks the 50th anniversary of JazzTimes—and you can help us celebrate. We’re compiling a feature for our upcoming 50th-anniversary issue on the top … END_OF_DOCUMENT_TOKEN_TO_BE_REPLACED

“She was so out, and so in,” wrote pianist and JazzTimes columnist Ethan Iverson of Geri Allen. “In the mid-’80s, very few could say they … END_OF_DOCUMENT_TOKEN_TO_BE_REPLACED

This being the “Renegades” issue [May 2020], it’s an absolute given that you’d find William Hooker here. The prolific drummer, poet, and composer has gone … END_OF_DOCUMENT_TOKEN_TO_BE_REPLACED