Skip to content
Become a member and get exclusive access to articles, live sessions and more!
Start Your Free Trial
Home > Features > Wayne Escoffery: Acting Out the Music 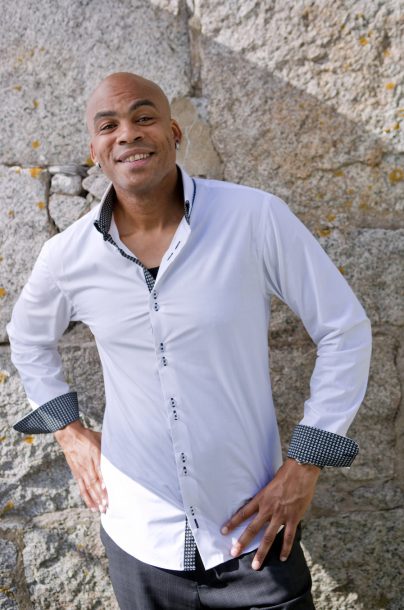 During the 2015 Newport Jazz Festival, JazzTimes set up a make-shift video production studio backstage inside the old barracks of Fort Adams. During three afternoons, a succession of artists-including Mike Stern, Bria Skonberg, Arturo O’Farrill, Scott Robinson, Pat Bianchi, Fred Hersch, Kate McGarry, Billy Childs, Emmet Cohen and many others-came in to talk about the festival, jazz education, their creative process and their own projects. You can also see more of these video interviews at the JazzTimes YouTube channel.

In this interview from Newport, saxophonist Wayne Escoffery talked about his evolution as a jazz musician, from his first musical instrument to his first paid gig, and how he moved from acting to playing music. And he spoke about his own creative process. He also shared his appreciation for the Newport Jazz Festival and its legacy in jazz history. Escoffery was performing at the festival with trumpeter Tom Harrell with whom he’s worked for several years. Escoffery talked about what he’s learned from Harrell over the years.

Wayne Escoffery on his early music education and development:

Wayne Escoffery on his creative process:

As the lights dim, a dog wags its tail as it looks up at its master, a tall, clean-cut man whose silhouette fills the doorway … END_OF_DOCUMENT_TOKEN_TO_BE_REPLACED

Depending on how he looks at it, Kenny Garrett’s latest album, Sounds from the Ancestors, has been out for an eternity or an instant. Recorded … END_OF_DOCUMENT_TOKEN_TO_BE_REPLACED