Skip to content
Become a member and get exclusive access to articles, live sessions and more!
Start Your Free Trial
Home > Features > Trombone Shorty: Living for the Crescent City 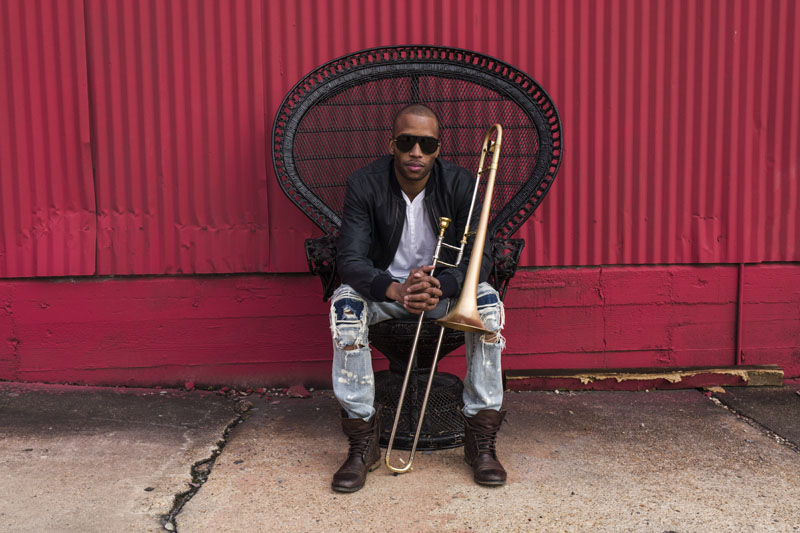 “I’m married to [New Orleans],” says Trombone Shorty. “Everything I do is because of the city.” (photo by Mathieu Bitton) 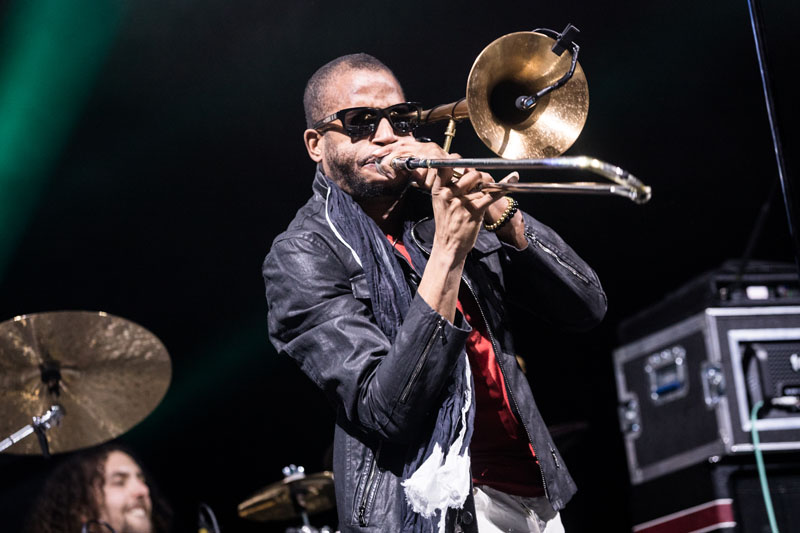 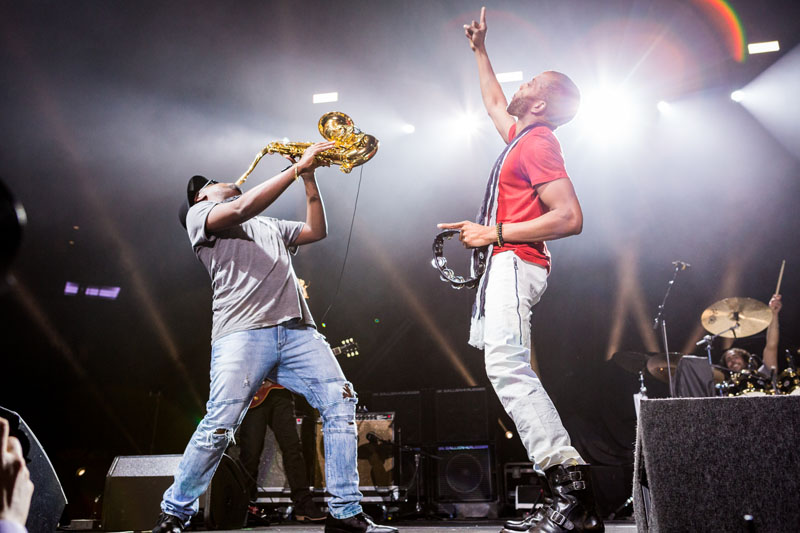 Trombone Shorty hits the stage at New York City’s Madison Square Garden in February with his namesake horn in one hand, a trumpet in the other and a clear sense of mission in his stride. The New Orleans native and his longtime band, Orleans Avenue—named after the street that runs through his Tremé neighborhood—are on a tour opening shows for the alternative-rock stars Red Hot Chili Peppers. But when Shorty lifts his ’bone for a solo in the first number, the metallic-funk instrumental “Slippery Lips,” he hits the air like the main event, firing a conqueror’s volley of long, high peals, soulful melodic flourishes and deep, cocky growls. It is the same jubilant prowess, steeped in New Orleans’ brass-band tradition, that marked him as a child sensation in Tremé street parades and has made him a crossover success in adulthood.

Now 31, Shorty, real name Troy Andrews—actually a long, lean man with a quietly firm, thoughtful demeanor in conversation—has been a working musician, leading his own bands and touring the world, for more than 25 years. He has also collaborated onstage and on record with a galaxy of stars in jazz, R&B and rock, including Queen Latifah, the rapper Mystikal, the late Crescent City trumpet elder Lionel Ferbos, British guitar heroes Jeff Beck and Eric Clapton and the rock band Foo Fighters.

The cover of Eddie Henderson’s most recent album, 2020’s Shuffle and Deal (Smoke Sessions), finds the trumpet titan sitting on the hood of his Ferrari. … END_OF_DOCUMENT_TOKEN_TO_BE_REPLACED

Wallace Roney’s departure on the last day of March 2020 was a gut-punch in a year filled with far too many shocks. In the opening … END_OF_DOCUMENT_TOKEN_TO_BE_REPLACED

“I don’t listen to my own music,” Sonny Rollins said in October from his Woodstock home, chewing a Ricola cough drop as he got ready … END_OF_DOCUMENT_TOKEN_TO_BE_REPLACED

Since his rise as a teenage recording artist in South Africa, guitarist and singer/songwriter Jonathan Butler has gained a high international profile with music that … END_OF_DOCUMENT_TOKEN_TO_BE_REPLACED