Skip to content
Become a member and get exclusive access to articles, live sessions and more!
Start Your Free Trial
Home > Features > Trilok Gurtu: Playing For Everybody 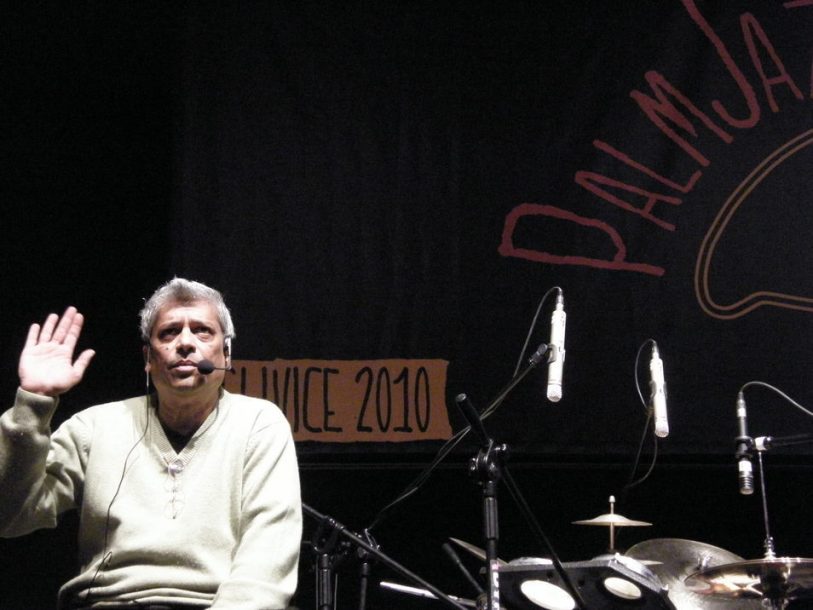 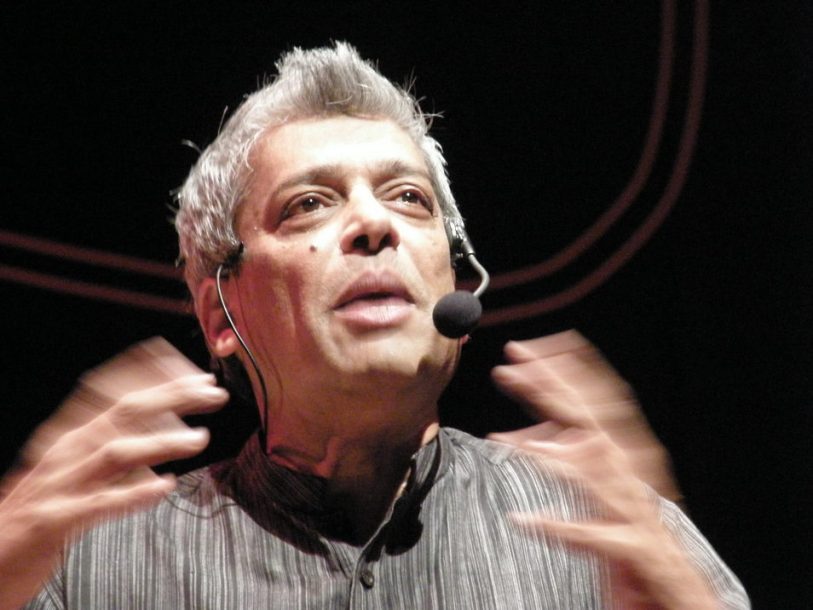 Trilok Gurtu talks with Grażyna Studzińska-Cavour about his music, background, new CD and plans, while waiting for his sound-check at the “Palm Jazz Festival” in Gliwice 7th October 2010

GSC: Pleasure to meet you here. I adore your music and am really happy you’ve visited my hometown. How do you like Gliwice, how did you like jazz jam with Thomas Sanchez yesterday?

GSC: Yes, it was. But now you seem tired, are you for the first time in Poland?

TG: Oh, I’ve been all around in Poland most of the time. I stayed a lot in Poland. I played a lot in Warsaw and everywhere. Jazz Jamboree and elsewhere.

GSC: Will you tell me what makes someone a jazz musician. What made Trilok Gurtu?

GSC: Because you are from highly musical family…

GSC: I know, I know, the classical one. I mean your famous mother Shoba, your grandfather… but because of them, was it just the way you knew you would be the musician or you wanted to be someone else?

GSC: And you knew it would be drums…

GSC: So how did it come?

TG: It just happened. And everything happened very naturally. I didn’t force anything. It was because of my curiosity to know different kinds of music and… music itself. So it happened slowly.

GSC: And then you played with everyone. From Mahavishnu Orchestra (I loved to listen to in a students’ radio) to McLaughlin’s various projects…

GSC: From Metheny to Miles Davis…

TG: Miles Davis I didn’t play with. Never played. My work Miles – Gurtu is a CD with a DJ, Robert Miles.

GSC: Is there still anyone you would like to play with and haven’t had a chance yet?

TG: No and no. (laughing). I’m happy. I am not looking for people to play with. If it comes naturally, yes,

GSC: So you rather prefer to be invited to music?

TG: Oh, if I want, I don’t only think of name but I think about the music.

GSC: In seventies, when you started playing, jazz music was very popular, just like rock and pop and now it is rather for elites. What can we do now to make it more popular?

GSC: The style you play is rather not exactly jazz music but the modern Indian music which is hardly known…

TG: Yes! So now it is right! It is just good turn for that!

GSC: So you think it is right time for the kind of music…

TG: It is right time for everything, you know, for it’s not good or bad…

GSC: I was listening to your new CD, to Massical, and I like it very much,

GSC: It is very lively and energetic and very modern also.

GSC: Tell me something about it.

GSC: I’ve just learnt about the special calculation typical of eastern music that you use and you wrote that with McLaughlin you got 200 pages of notes than you calculated it…

TG: Oh, yes! With Katia Labèque! Remember: Katia Et Marielle Labèque. I had 200 pages! And didn’t know what to do. So with calculation I had only one page.. I ended up with one page only and I even forgot to take it on the stage! [laughs]

GSC: It must have been the surprise for the musicians…

TG: Yes, yes, the classical musicians were surprised, were very surprised! [laughing loudly.] I played everything by ear.

GSC: And that is usual that you play by ear… you just feel the music.

GSC: You made a project African Fantasy with one of my favorite singers, Angelique Kidjo…

TG: Oh, yes! I was with Angelique enjoying Jazz Jamboree in Warsaw! It came to my mind long long time ago. In seventies. That is my music. India. Africa and India are very close to each other, so that’s why I think it’s very natural for me.

GSC: You chose to live in Germany, do you often come to India for inspiration?

GSC: What do you think about the audience? Is the Polish audience different from the German one?

GSC: You are, you know, the authority to all the drummers’ world but you must have your own authorities… I heard about Raghu Sir…

GSC: What do you think about Nippy Noya for instance…

TG: Nooo. For me no. In comparison to Raghuji he is nothing. Raghuji is the phenomenon.

GSC: You mostly play with your palms, with your hands, is that the main reason you came for “Palm Jazz Festival”?

TG: I didn’t… think about it! [laughing]

[We were interrupted by the sound check specialists.]

GSC: We were interrupted so just few last questions: tell me something about your future, what are your plans now after Massical?

TG: Well, I do orchestra right now… orchestral music, I do solo like this tonight and I do big band, and… I do different kind of projects. I put different new projects, you know…

GSC: And in five years’ time…

TG: I don’t know if I’ll even be here in five years!

GSC: So that is just a flow…

TG: Whatever comes it comes, yes.

GSC: But you work mainly in which country?

GSC: With someone special maybe?

TG: Whatever the project is. I do mostly my own projects and music and don’t play with anybody special now… Oh! Except from Jan Garbarek!

TG: Yes! Bridges with Jan Garbarek! You heard this!

GSC: Thank you very much Trilok, it was really an honour for me.

TG: Thank you. Thank YOU. [uses the Indian farewell gesture]

Depending on how he looks at it, Kenny Garrett’s latest album, Sounds from the Ancestors, has been out for an eternity or an instant. Recorded … END_OF_DOCUMENT_TOKEN_TO_BE_REPLACED

As I delved ever deeper into the 14 albums that document the Larry Goldings/Peter Bernstein/Bill Stewart trio to prepare for our January Zoom conversation, what … END_OF_DOCUMENT_TOKEN_TO_BE_REPLACED

The musical avant-garde is an area where creative people who have earned wisdom through a lifetime of experience can flourish. Wadada Leo Smith, who last … END_OF_DOCUMENT_TOKEN_TO_BE_REPLACED

Wisconsin-born and proud: For all of the avant-everything complexity Ethan Iverson has applied to his solo projects or the sounds he created in his role … END_OF_DOCUMENT_TOKEN_TO_BE_REPLACED