Skip to content
Become a member and get exclusive access to articles, live sessions and more!
Start Your Free Trial
Home > Features > Tom Clavin: Getting Into the Act 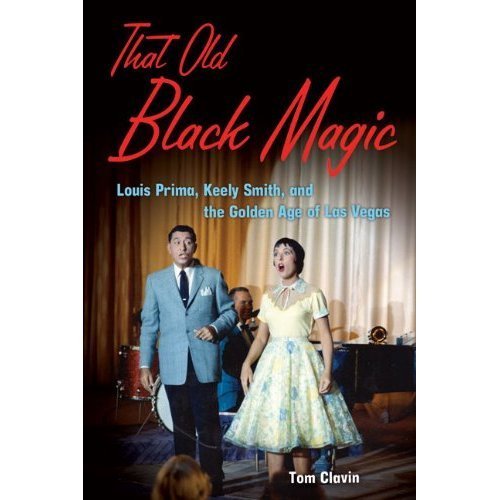 Cover of That Old Black Magic

Tom Clavin is the author/co-author of eleven books, including Roger Maris, The Last Stand of Fox Company and Halsey’s Typhoon. His articles have appeared in Cosmopolitan, Family Circle, Men’s Journal, Parade, Reader’s Digest and others. He was a contributing reporter for the New York Times for 15 years. His latest book is That Old Black Magic: Louis Prima, Keely Smith, and the Golden Age of Las Vegas, published by Chicago Review Press.

Clavin spoke with JT about Prima, Smith and getting the right tone for the subject at hand.

Five decades ago, John McLaughlin sensed something monumental was coming in music. “I knew things were going to change,” he said. “All the musicians felt … END_OF_DOCUMENT_TOKEN_TO_BE_REPLACED

Since her early days during the folk revival of the 1960s, Maria Muldaur has been immersed in American roots music of the past—the often quite … END_OF_DOCUMENT_TOKEN_TO_BE_REPLACED

This rare interview with pianist Hans Groiner was recorded on April 8, 2021. JazzTimes: Do you follow the latest trends in jazz? What have you … END_OF_DOCUMENT_TOKEN_TO_BE_REPLACED

The rock world takes a lot of credit for what’s known as the “indie ethos,” or “DIY.” Circumventing the corporate music industry with small labels … END_OF_DOCUMENT_TOKEN_TO_BE_REPLACED