Skip to content
Become a member and get exclusive access to articles, live sessions and more!
Start Your Free Trial
Home > Features > The Unbreakable Spirit of Victor Bailey 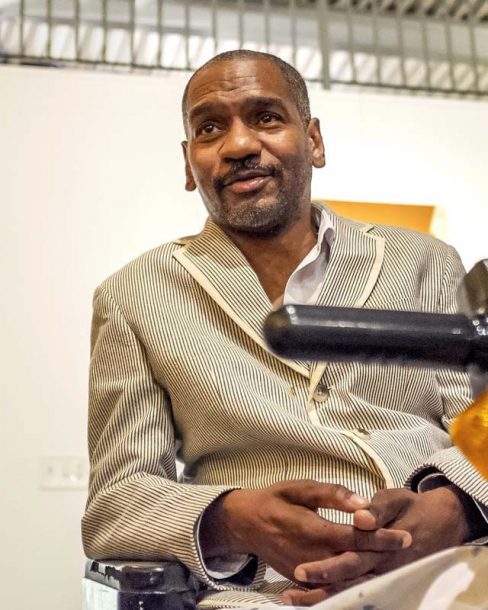 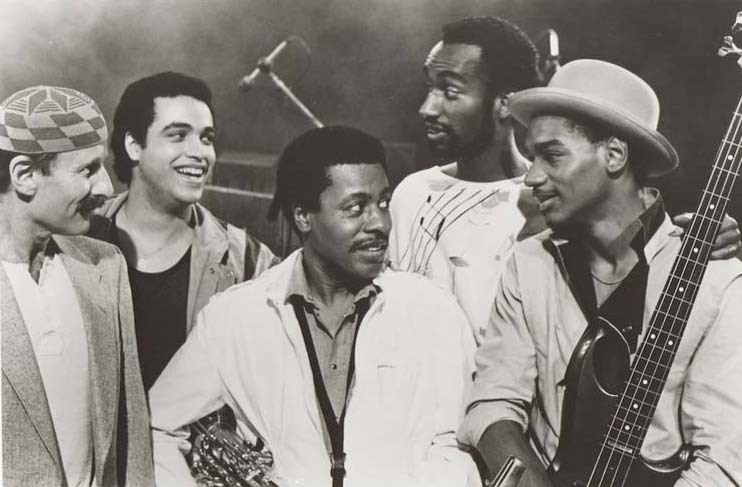 Victor Bailey landed his dream job in 1982 when, still in his early 20s, he succeeded Jaco Pastorius to become the last in the line of stellar electric bassists in his favorite band, Weather Report. He stayed with Weather Report until cofounders Joe Zawinul and Wayne Shorter disbanded it in 1986, performing on the albums Procession, Domino Theory, Sportin’ Life and This Is This!, then continued working with Zawinul in his groups Weather Update and the Zawinul Syndicate. Bailey also toured and/or recorded through the years with numerous other big names from the worlds of jazz and pop-Sonny Rollins, Ron Carter, Steps Ahead, Madonna and Lady Gaga among them-racking up appearances on more than 1,000 albums.

But today Bailey, who turned 56 on March 27, resides in an assisted-living apartment in suburban Boston. He is confined to a wheelchair, the muscles in his arms and legs atrophied by the hereditary Charcot-Marie-Tooth disease. His prospects of playing bass again are slim, but he intends to resume teaching at Berklee College of Music; in fact, he says he would already be doing so if the terms of the medical leave he took this fall, as his upper body began failing him, didn’t preclude it.

Bailey recently spent an hour with JT in his sparse quarters, describing his condition and reminiscing about his career. He sat in his wheelchair, dressed in jeans and a gray crewneck sweater, his spirit remarkably upbeat and matter-of-fact.

Bill Beuttler: Can you describe what’s going on with you physically? What is Charcot-Marie-Tooth disease?

Victor Bailey: It’s named for three French doctors who isolated it in the late-1800s. Basically it’s muscular dystrophy. There are many different kinds of muscular dystrophy; saying “muscular dystrophy” is like saying “cancer.” It’s genetic. My grandmother had it, and my father, and one of my father’s brothers. There are different forms of the disease. I have type 1, there’s 1A, there’s type 2, there’s a bunch of different types, mostly characterized by loss of muscle. I have very little muscle on my leg at all, and now I’m starting to lose the muscles in my hands and arms. So it’s been developing. I was functioning normally. I started falling 25 years ago. I would just trip-not often, but just out of the blue sometimes I would trip and be on the ground. And I knew what it was because the disease was in my family. So my legs have been getting progressively weaker for the past 25 years. Only in the last year my upper body has started to fail me. My father didn’t have problems with his upper body until he was in his 70s. He’s a saxophone player and he stopped playing at maybe 77 or 78. I wasn’t expecting my arms and hands to start going bad for another 20 years. I basically can’t even play right now.

That’s got to be awful.

Speaking of fulfilling your dreams as a musician, you joined Weather Report in your early 20s. How did you get there so young?

Well, I started out on drums. My father’s a writer/arranger/producer. He arranged and produced for Nina Simone, Patti LaBelle, the Stylistics, Harold Melvin & the Blue Notes, Teddy Pendergrass, Billy Paul, Blue Magic-the Philadelphia R&B acts from the ’60s and ’70s. I always played the piano, as long as I can remember, and then at 10 I was gigging in a couple of different bands playing drums, and I switched to bass later on. I was always gigging. I was involved in music every single day as long as I can remember.

Why’d you switch to bass?

The bass player quit the band. I told the bass player, “Well, can I hold your bass?” I picked it up and I could just play all the songs-better than that guy. And my dad, who never came downstairs while I was playing with my friends, came downstairs and said, “Who’s that playing bass?” He said, “You should be a bass player.” I was actually filling and improvising. I could pretty much pick up and play any instrument, but the bass, for reasons I don’t even know, I just felt really connected with it. Once I picked it up I never put it down.

And has it always been electric bass? Have you ever played acoustic?

Yeah, I played acoustic when I was in high school. I played in orchestra, jazz band and all that. When I went to Berklee, which was for a year, I had a stand-up bass. When I moved to New York I left it in the apartment with the guys I was with. I came back like a month later and the thing had walked. I played a little acoustic bass, but I was always more enamored of the electric bass.

I was gonna do the Navy, man, and then you do your four years and you have your scholarship money. But because I had asthma I was rejected from the Navy. When I got home from the recruiting office my dad said, “Hey, there’s a letter over there for you,” and it was from Berklee, saying I had been accepted to Berklee. So that was almost like a stroke of God. I’m not even religious, but fate, or whatever you want to call it.

At Berklee your classmates were guys like Branford Marsalis and Greg Osby.

My classmates were unbelievable: Branford, Greg Osby, Cindy Blackman, Kevin Eubanks, Jeff “Tain” Watts, Terri Lyne Carrington-she was a little girl but she was around. Frank Lacy, the trombonist. A couple of rock stars: Steve Vai, he left school to go with Zappa. Stu Hamm, who’s a tapping-bass wizard. It was a really amazing group of people. Mark Ledford, who was the vocalist and trumpeter in the Pat Metheny Group, he was my roommate.

Those were the days when a lot of you would go there for a year or two and then drop out and turn pro.

At that time, if you could play you were doing gigs every single night. [If] somebody in school got a gig with somebody in New York, when they needed a bass player or a drummer they’d say, “Hey, I got a friend up at Berklee.” And it’d be guys like Branford and myself, we’d been gigging since we were little kids. You were actually qualified to go to New York and do those gigs. I’ve got students now who can play the mess out of the bass instrument [but] there’s no gig I could send them on. They don’t have the experience.

How does a guy like you, who’s come from the bandstand, try to teach that to student musicians?

I always have them study things that are music. If we’re studying theory, modes-like we’re studying the Dorian mode-well, I have them learn to add “So What?” It’s a minor scale with a major sixth. So I always have them learn a song alongside whatever we study. And I always have them play, I make them play for me before every lesson. I make them find songs every week. Find a song that has this lesson in it. Come back next week and I want to hear you play the song. Then I just encourage them to play with people. Now, in their era they can play with the computer, and they can all play with the phone. When I ask them to play something, they want to pull out their iPhone and find a track. Every week, the first thing I ask them is, “Did you play with anybody?” And half of them didn’t. And I’m like, “There’s 4,000 students here and you guys don’t play together?” And they’re like, “Ah, well, I wrote something in GarageBand and I played with my tracks.” If your roommate’s a guitar player and you play bass, you gotta play with him during the week, please.

Are you paying attention to the current scene? Are there good electric bassists coming along now?

There are guys that are, technically speaking, phenomenal. In my day I thought I had a lot of chops, but now the kids are so much faster and so much cleaner than we were. However, when you say “good,” I think of music. Stanley Clarke, Jaco-those guys made some of the best music ever. It wasn’t just chops. There are some bass players out here now who are phenomenal, but I’m not hearing any music from any of them that I remember. A lot of them are trying to prove how heavy they are when, if you look at all the songs of Jaco Pastorius – who supposedly influences everybody – most of them are not complicated. Most of them are very simple. He’s not trying to be heavy. He could play one note, and it’s heavy.

Older musicians tend to realize that. But you’ve been gigging since you were 10 years old. Coming up, you must have learned that lesson faster.

Drummer, composer, and bandleader Nate Smith is reliving the mid-pandemic moment when he realized his life had to change. He’d been traveling frequently, recording in … END_OF_DOCUMENT_TOKEN_TO_BE_REPLACED

Nicholas Payton’s latest, Smoke Sessions, recorded at the end of May and released by … Smoke Sessions, caps a 14-month span of intense productivity since … END_OF_DOCUMENT_TOKEN_TO_BE_REPLACED

It takes a special kind of polymath to successfully fuse jazz and opera in 2021. A deep knowledge of jazz performance and composition is paramount, … END_OF_DOCUMENT_TOKEN_TO_BE_REPLACED

Five decades ago, John McLaughlin sensed something monumental was coming in music. “I knew things were going to change,” he said. “All the musicians felt … END_OF_DOCUMENT_TOKEN_TO_BE_REPLACED