Skip to content
Become a member and get exclusive access to articles, live sessions and more!
Start Your Free Trial
Home > Features > The Jazz Cruise: All Aboard for Jazz 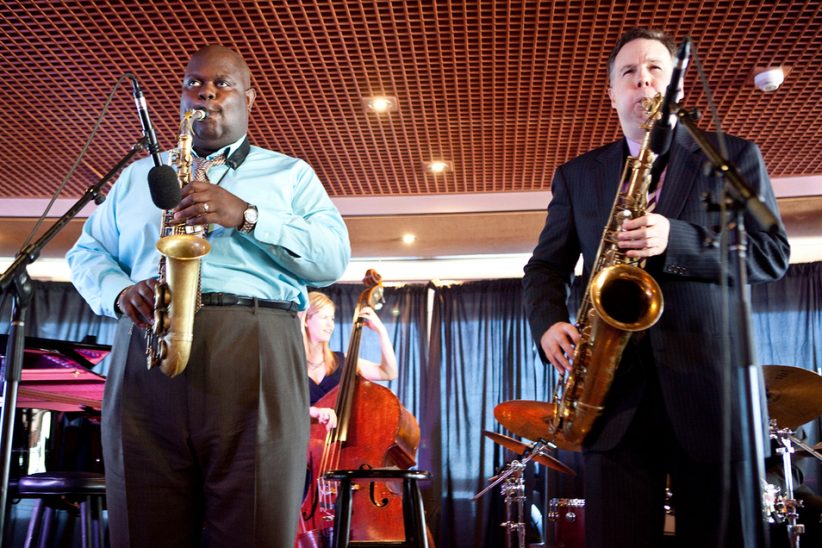 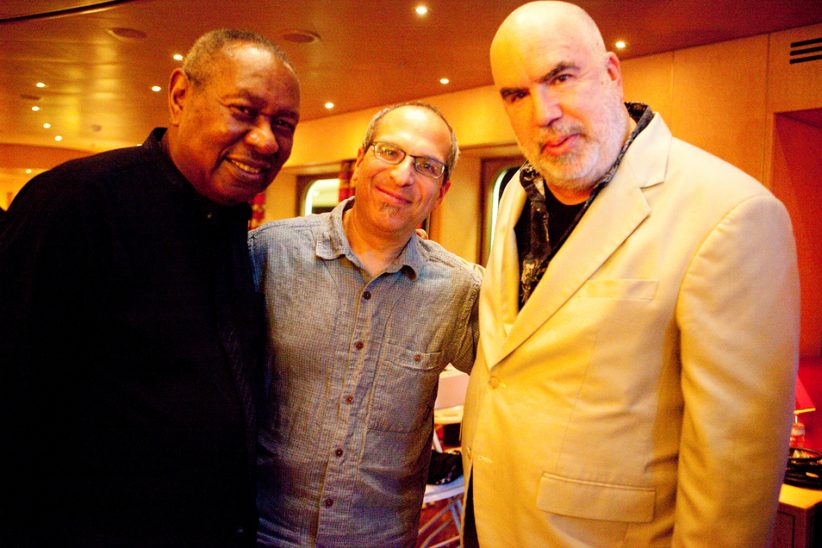 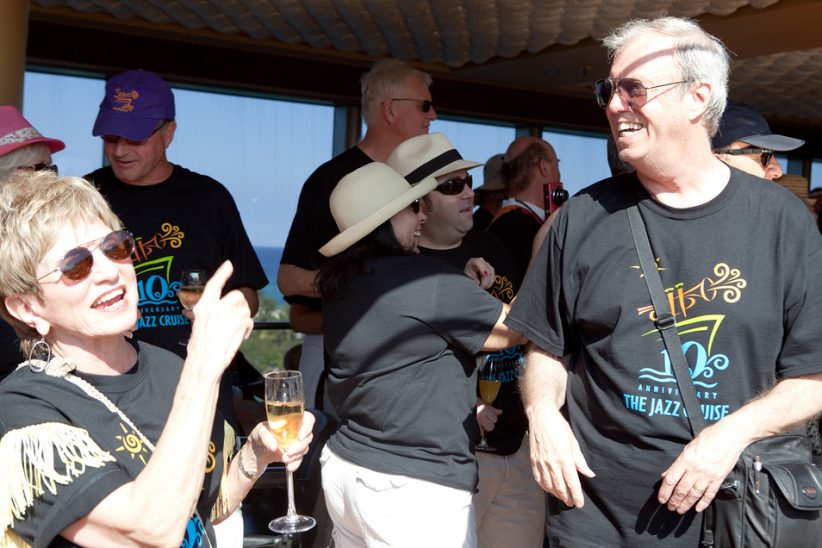 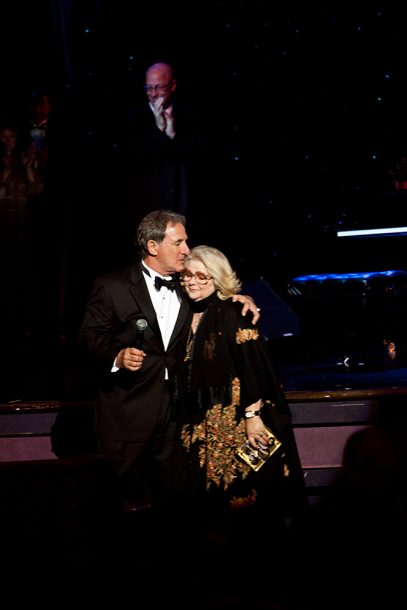 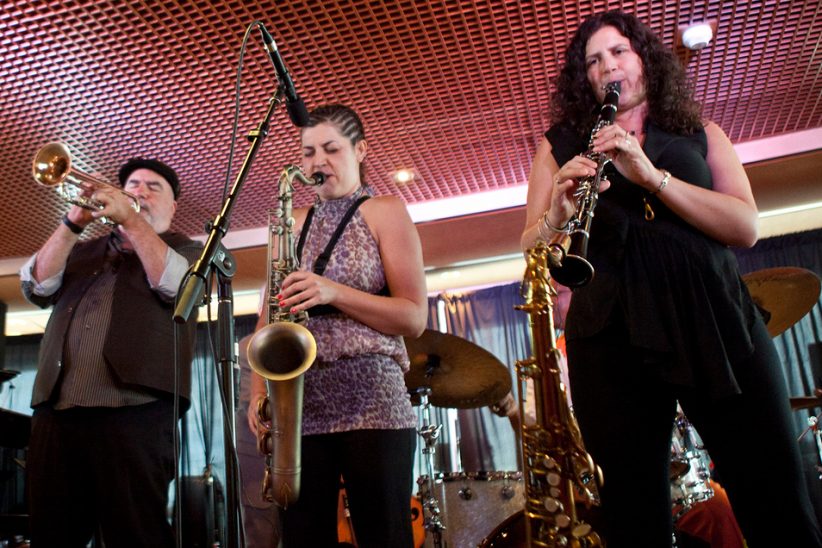 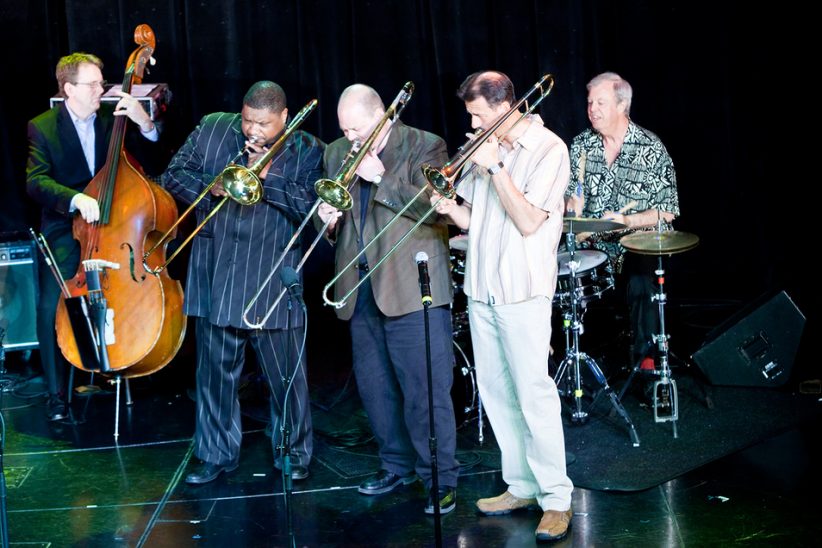 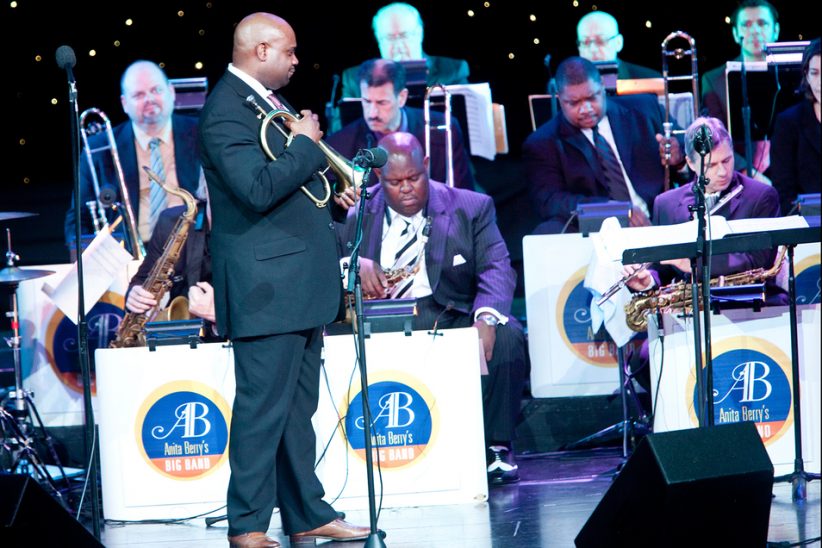 The Jazz Cruise recently celebrated its 10th anniversary. Produced by Anita Berry, Michael Lazaroff and the staff of Entertainment Cruise Productions, The Jazz Cruise is the first and only full ship charter in the world dedicated to mainstream or straight-ahead jazz. The organization also organizes The Smooth Jazz Cruise, which has two one-week sailings. During January 2011, The Jazz Cruise and The Smooth Jazz Cruise entertained nearly 6,000 passengers from 38 states and over 20 foreign countries, presenting over 125 jazz musicians and vocalists during a three week period.

Lazaroff , the Cruise’s executive director, spoke with JT about how his company organizes The Jazz Cruise and what makes it unique.

One of the unusual aspects to The Jazz Cruise is that it’s a charter of the whole ship. What’s involved in chartering a whole ship for a cruise?

It’s been approximately ten years now [running the cruises] where we did full ship charters with all of our cruises. We have done nearly 30 full ship charters [since the beginning]. My mother, Anita Berry, was part of a sales consortium where she was helping to fill half of the ship. It was a big ship-the SS Norway with 1,100 passengers-and she put a group together that went on that particular cruise. 90% of all theme cruises are not full ship charters, they’re groups – and that can be anywhere from 100 to 1,000 people go on the ship and they have certain of events and activities just for them and it’s usually run under the auspices of the ship or with some type of small organization.

When you charter a ship, you have that ship for the full week. You decide where that ship goes; you decide what the meals are; you decide what all of the entertainment is. You are free to either utilize or not utilize any and all events, items, programs that are on a typical cruise of that cruise line. When we do a theme cruise, we basically get rid of almost everything. There are many activities over which we have no control or things that we do that make our cruise experience better. Obviously, we keep the pool and the gym and the spa and the beauty salons and the gaming and the bars and things like that. But in terms of activity and entertainment, we rarely utilize anything that the ship offers.

What is the difference for the fans (and musicians)?

One of the differences between doing a group versus a full ship charter is that you have to plan those activities; you have to hire the people; you have to produce the shows; you have to get the people to and from the ship. One of our biggest activities is our travel services-getting all of the musicians and their companions to the ship. Interestingly on our most recent cruise, John Clayton, for whatever reason, left his bass in his hotel room and got on the ship and the ship sailed. He was using somebody else’s bass the whole week. Luckily, we were able to secure the bass and it was waiting for him when we arrived back in port.

For the jazz fan or listener, our cruises are different because when you walk on the ship, you immediately notice the fact that every single person walking on that ship is there for the same purpose you are. So there is an instant camaraderie and esprit de corps among the guests. Secondly, the music that you hear in all the public areas is music that we control. Even the piped-in music, is our music. When you turn on the television set, you’re going to see certain channels dedicated to jazz films and jazz music. You’re going to see that we have the full run of the ship. Typically, if it’s not a full ship charter, the events that are for the group have to be worked around everybody else’s cruise, so you generally get some of the rooms and you get them late at night, after everyone else has seen their normal cruise events, whereas here, it is just us.

So we actually take over the ship. One of our goals is that when somebody gets off the ship and they’re in the office the next week and somebody asks them, “Where were you last week,” that they’re going to tell them that they were on a cruise. And when asked, “What was the name of the cruise line?” we want them to say, “The Jazz Cruise.” We don’t want them to say “The Holland America Line.” We want every aspect and every part of the program to be reflective of what we do.

A cruise is a pricey trip. Have you seen any effect from the economy?

Basically, we haven’t seen that yet. We just finished three sailings in January and they were all sold out and we had wait lists. Clearly there have been people who used to go on our cruise, who because of their particular situation, have not been able to go on the cruise, but we have others who have taken their place.

I get the impression that people come back year after year. Is that true?

That’s absolutely the case. We have a large number of people who have sailed with us ten times, fifteen times, even back in the group days. Even with the ten sailings of the jazz cruise that have occurred since we went to a full ship charter, we have a number of people who have been on every one. One of the sale categories we have now is for guests who have sailed on four or more of our cruises. They get a special price and right now that is the largest sale category we have.

Do people come for the sights or the sounds?

It is almost entirely about the music. I would suggest that no one goes on The Jazz Cruise because of the ports of call. And there are very very few people who choose not to go because of the ports of call. Once in a while you’ll hear, “I don’t want to go back to so and so,” because there are only so many islands within the Caribbean. Whenever we announce a line-up-which we did ten days ago-99% of the emails commenting are about the line-up: “Glad you have so and so” or “Wish you would added so and so.” Virtually none of them say, “Damn, Aruba?” or “Why aren’t we going back to Jamaica?” One of the jokes on the cruise, which you will hear from people, is that they’d be happy if we pulled out of port and dropped anchor.

How do you handle the programming of The Jazz Cruise, particularly in regard to booking new talent?

We use the one-third, one-third, one-third rule. We try to have one-third of our performers who are pretty much standards-guys that are always there, sort of a core-and that’s probably now less than a third. Then we have approximately a third, let’s say 40%, of people who seem to rotate on and off. With the balance, which is less than a third, we try very hard to introduce new people. And obviously, the more cruises we do, the harder it is to come up with quality new people. Like this year, the people who are brand new to the cruise-who have never performed with us before-would include Benny Golson, Carmen Bradford and some of the members of our big band. Kurt Elling has been on the cruise once before, but it was a long time ago. He is somewhat new to the recent cruises but he’s been with us before.

Who are you excited to present in the next cruise?

John Pizzarelli is someone that we’ve been trying to get for a long time and we finally pulled that off. Obviously Kurt Elling and Benny Golson. And Scott Hamilton. We’ve got some really top notch people who either have never been with us or it’s been so long that it really is current to our people.

How do you know if an act just isn’t right for the cruise?

It’s fairly easy to determine the performers that are not clicking with our guests. One is attendance. You see their sets and they are not well attended. Secondly, one of the things that our guests do not pack when they go on our cruise is their shyness. And they are very willing to tell us who they like and who they don’t. It really is fun. I would imagine that over 60% of the conversations we have with our guests during the week relate to line-up issues or line-up concepts, such as: “Why do we have him?” or “Why wasn’t she back?” or “Why do we try to rotate vocalists every year?”

Die-hard jazz fans can’t help but think of themselves as experts.

Five decades ago, John McLaughlin sensed something monumental was coming in music. “I knew things were going to change,” he said. “All the musicians felt … END_OF_DOCUMENT_TOKEN_TO_BE_REPLACED

Since her early days during the folk revival of the 1960s, Maria Muldaur has been immersed in American roots music of the past—the often quite … END_OF_DOCUMENT_TOKEN_TO_BE_REPLACED

This rare interview with pianist Hans Groiner was recorded on April 8, 2021. JazzTimes: Do you follow the latest trends in jazz? What have you … END_OF_DOCUMENT_TOKEN_TO_BE_REPLACED

The rock world takes a lot of credit for what’s known as the “indie ethos,” or “DIY.” Circumventing the corporate music industry with small labels … END_OF_DOCUMENT_TOKEN_TO_BE_REPLACED