Skip to content
Become a member and get exclusive access to articles, live sessions and more!
Start Your Free Trial
Home > Features > The Bill Laswell Interview: Holding It Down 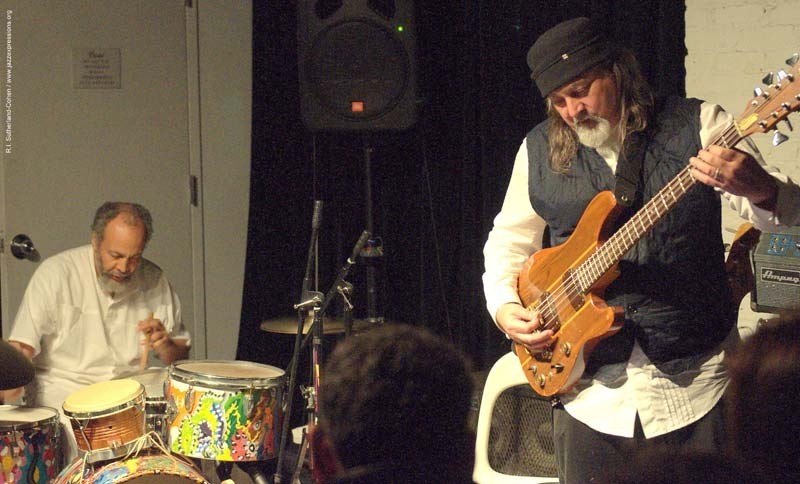 Bill Laswell (r.) with Milford Graves at The Stone, NYC 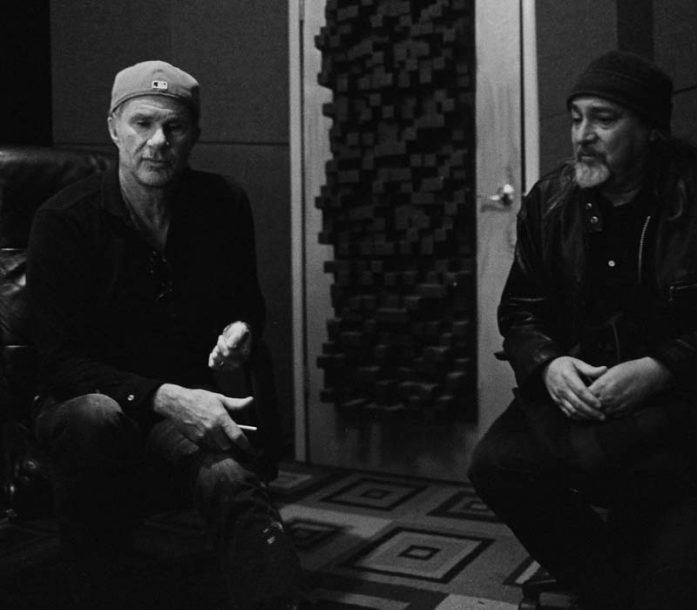 Chad Smith and Bill Laswell during sessions for "The Process" 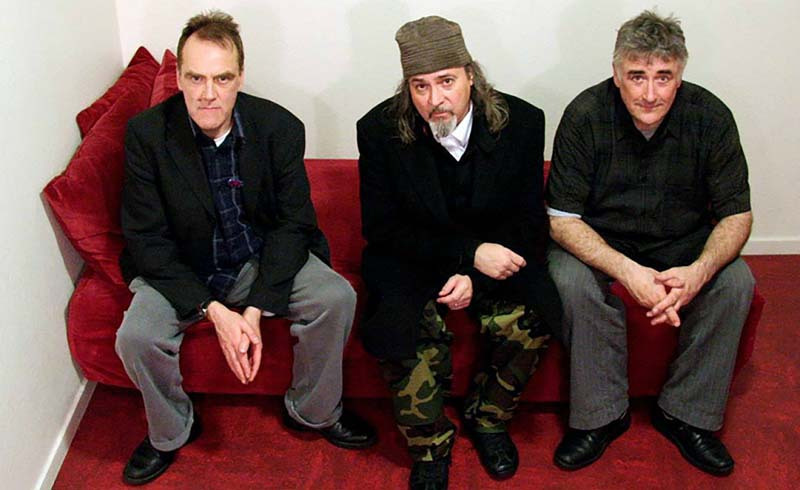 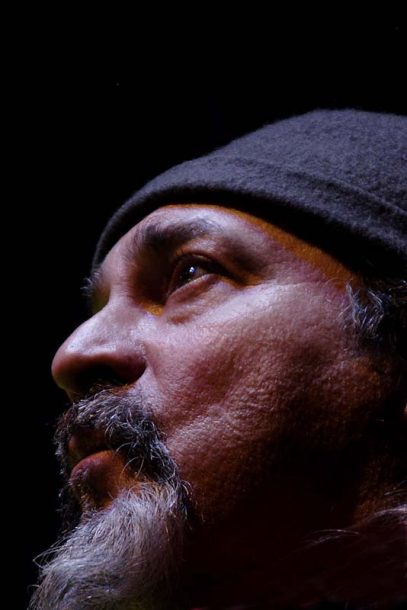 “And it was kind of magic, as everything should be,” says the prolific and imposing bassist-producer Bill Laswell, 60, seated in the Landmark Tavern in Manhattan’s Hell’s Kitchen neighborhood. Almost wistfully, he’s remembering the road trip that relocated him from Michigan to New York City in the late ’70s. The first place Laswell and his associates stopped in New York was in front of a building marked “Musicians’ Union,” and they moved into an adjacent rehearsal complex.

Kool & the Gang was living there too; Steve Gadd would practice there. Laswell wouldn’t stay at the address long though. He moved downtown, winding up next door to Brian Eno. The bassist would bug Eno for work, and, after reading a glowing review of a Laswell concert, Eno extended an invite to the studio. Laswell would play bass on and co-arrange the opening track from the Eno/David Byrne classic My Life in the Bush of Ghosts. Then, in response to Laswell’s Eno efforts, producer Tony Meilandt connected Laswell and Michael Beinhorn, the bassist’s collaborator in the group Material, with Herbie Hancock, resulting in 1983’s game-changing “Rockit,” which was co-written and co-produced by Laswell and features turntablist GrandMixer DXT. And it was all kind of magic: Before the age of 30, Laswell had cast a spell on the music world.

Of course, things hardly decelerated for Laswell after “Rockit.” There were collectives like the grindcore band Painkiller (with saxophonist John Zorn and drummers including Mick Harris) and the free-jazz quartet Last Exit (with saxophonist Peter Brötzmann, guitarist Sonny Sharrock and drummer Ronald Shannon Jackson). There were his own bands, like Praxis and Method of Defiance. And there was his production work, for everyone from Gil Scott-Heron to Pharoah Sanders. Laswell’s latest label, M.O.D. Technologies, is a collaboration with RareNoiseRecords’ Giacomo Bruzzo. Its download-only Incunabula Series, a vehicle for concert recordings and unreleased studio cuts, made an impressive debut last year with releases including a live duo set from Laswell and trumpeter Wadada Leo Smith; a live duo recording of Laswell and drummer Milford Graves; a merciless metal track from Praxis featuring the cult hip-hop figure Rammellzee; and a live album from keyboardist Bernie Worrell with Laswell and DXT. Also last year, M.O.D. dropped The Process, a crushing funk-rock LP from the trio of Laswell, keyboardist Jon Batiste and Red Hot Chili Peppers drummer Chad Smith. Almost 40 years after moving to New York, Bill Laswell is still rocketing forward. And still going deep with his instrument. And still hitting record.

Depending on how he looks at it, Kenny Garrett’s latest album, Sounds from the Ancestors, has been out for an eternity or an instant. Recorded … END_OF_DOCUMENT_TOKEN_TO_BE_REPLACED

As I delved ever deeper into the 14 albums that document the Larry Goldings/Peter Bernstein/Bill Stewart trio to prepare for our January Zoom conversation, what … END_OF_DOCUMENT_TOKEN_TO_BE_REPLACED

The musical avant-garde is an area where creative people who have earned wisdom through a lifetime of experience can flourish. Wadada Leo Smith, who last … END_OF_DOCUMENT_TOKEN_TO_BE_REPLACED

Wisconsin-born and proud: For all of the avant-everything complexity Ethan Iverson has applied to his solo projects or the sounds he created in his role … END_OF_DOCUMENT_TOKEN_TO_BE_REPLACED