Skip to content
Become a member and get exclusive access to articles, live sessions and more!
Start Your Free Trial
Home > Features > Terry Teachout: The Balance Between Scholarship & Readability 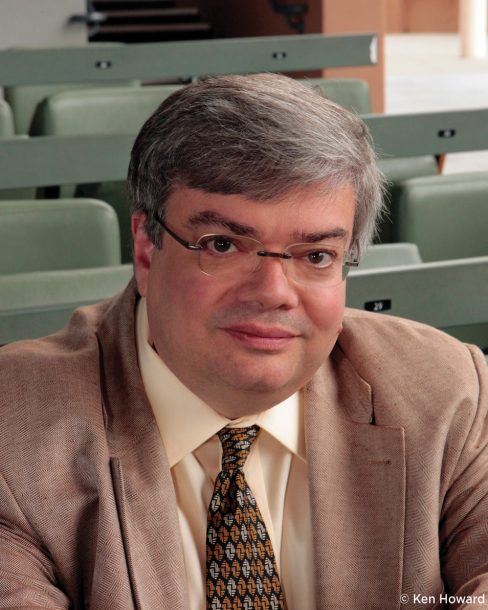 Terry Teachout is the drama critic of the Wall Street Journal, the chief culture critic of Commentary, and the author of “Sightings,” a column for the Saturday Journal about the arts in America. He blogs about the arts at his own web site. His books include The Skeptic: A Life of H.L. Mencken, A Terry Teachout Reader, and All in the Dances: A Brief Life of George Balanchine. Born in Cape Girardeau, Missouri, in 1956, Teachout attended St. John’s College, William Jewel College, and the University of Illinois at Urbana-Champaign. From 1975 to 1983 he lived in Kansas City, where he worked as a jazz bassist. He now lives in New York City and Connecticut.

His most recent book, Pops: A Life of Louis Armstrong, has recently been published in paperback by Houghton Mifflin Harcourt. Teachout spoke with JT about that book and the challenges and rewards associated with writing a biography.

What was first piece you wrote professionally?

The first piece I ever wrote for money was a classical review for the Kansas City Star. It was about a concert by a violinist named Yuval Waldman, of whom I’ve never heard anything since the review ran in the Star in 1977. Believe it or not, I was still in college! Everybody in town thought I was a lot older than I really was.

What was the first piece you wrote about jazz?

A couple of years after I started reviewing classical concerts for the Star, I talked the arts editor into letting me write the paper’s jazz reviews as well. I can’t remember what my first piece was, but for the next five years or so I covered everybody who came through Kansas City-Basie, Brubeck, Woody Herman, Dizzy Gillespie, Gary Burton-along with various local players. At the same time I was working as a bassist in the Kansas City area, mostly weddings and country-club gigs, though I played a certain amount of straight jazz as well.

What sort of formal training did you have as a writer?

Next to none. I studied journalism in high school and college, but that was mainly a matter of putting out the school paper every week-you got tossed in at the deep end and had to sink or swim. At one point I did a semester-long independent study with the classical music of the Kansas City Star, which was how I ended up writing concert and record reviews for the paper. After that, though, I was completely on my own.

Why did you go from writing about theater, literature, dance and music to doing a biography on the most famous jazz musician of the 20th Century?

The idea initially came from Michael Cogswell, who runs the Louis Armstrong Archives at Queens College. It was the summer of 2001, and I was doing a piece for the New York Times about the Armstrong centenary. I went out to Queens to visit Armstrong’s house-this was before it was opened to the public as a museum-and Michael took me on a private tour. Afterward he mentioned to me that none of the existing biographies of Armstrong was fully adequate and suggested that I might want to write one. At this point I was finishing up The Skeptic, my first biography, which is about H.L. Mencken. I’d been working on it for a decade, and the idea of going directly to work on another large-scale biography wasn’t very attractive to me. But the seed had been planted, and a year later, right after The Skeptic was published, it suddenly hit me that Michael’s idea made a lot of sense. I understood the nuts and bolts of writing a primary-source biography, which is something you don’t learn in school. I was also a trained musician who’d worked as a jazz bassist, which meant that I knew the world of jazz from the inside out. I’d loved Armstrong’s music ever since I was a boy and heard him play “Hello, Dolly” on The Ed Sullivan Show. Why not me? So I called up my agent, and a couple of months later the contract was signed and I was off and running.

What do you think you brought to the story as someone who had been trained and had worked as a musician?

Two things. First of all, my musical training means that I understand how Armstrong’s music works, not just superficially but in a much deeper way. I’m one of the few Armstrong biographers who can actually play the blues! At the same time, my experience as a critic and journalist makes it possible for me to translate that specialized musical knowledge into plain English and make it accessible to readers who aren’t musicians. Beyond that, I understand the culture of jazz in a way that might not be so easy for a civilian to grasp. I know what it feels like to come home at three in the morning after spending the night playing for a roomful of dancers-and I know what it feels like to have the guy who hired you say, “We don’t want you musicians drinking at the bar with the guests.”

What do you enjoy about writing a biography?

Pretty much everything, to tell you the truth. I love doing primary-source research, especially in a really well-organized place like the Armstrong Archives. I can’t begin to tell you what a thrill it was for me to handle Armstrong’s handwritten correspondence and manuscripts and listen to his private tapes. I also love doing interviews. I think I must have spent eight hours talking to George Avakian, who produced Armstrong’s Columbia albums and knew him well, and that was incredibly exciting, too. Above all, though, I enjoy the writing itself, especially the challenge of portraying the characters of great men like Louis Armstrong. A number of people who knew Armstrong personally have told me that I “got” him in Pops. I’m proud of that.

What don’t you enjoy about writing bios?

Five decades ago, John McLaughlin sensed something monumental was coming in music. “I knew things were going to change,” he said. “All the musicians felt … END_OF_DOCUMENT_TOKEN_TO_BE_REPLACED

Since her early days during the folk revival of the 1960s, Maria Muldaur has been immersed in American roots music of the past—the often quite … END_OF_DOCUMENT_TOKEN_TO_BE_REPLACED

This rare interview with pianist Hans Groiner was recorded on April 8, 2021. JazzTimes: Do you follow the latest trends in jazz? What have you … END_OF_DOCUMENT_TOKEN_TO_BE_REPLACED

The rock world takes a lot of credit for what’s known as the “indie ethos,” or “DIY.” Circumventing the corporate music industry with small labels … END_OF_DOCUMENT_TOKEN_TO_BE_REPLACED