Skip to content
Become a member and get exclusive access to articles, live sessions and more!
Start Your Free Trial
Home > Features > Stevie Holland: The Woman Behind the Woman Behind Cole Porter 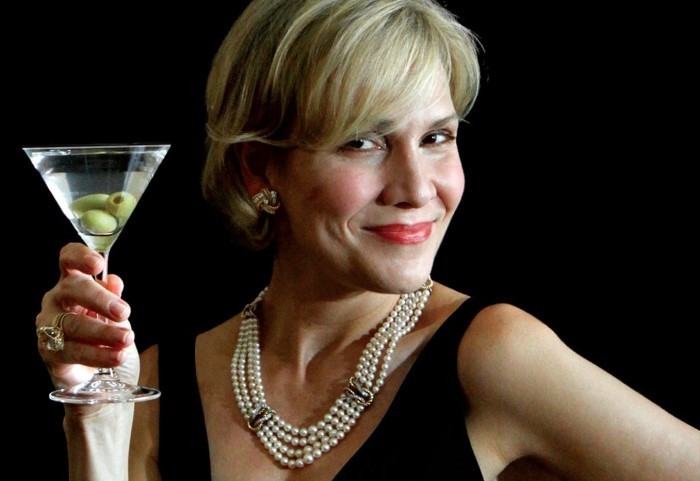 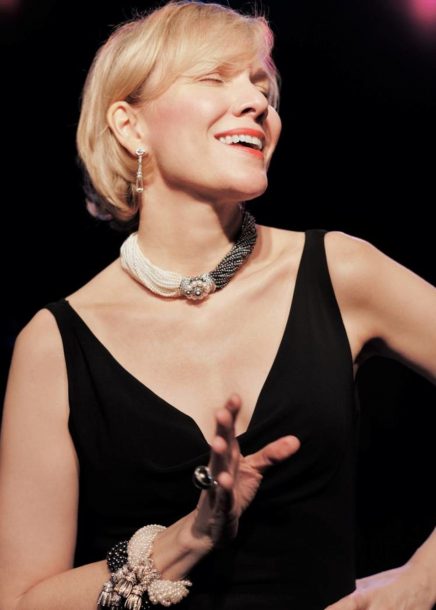 In the mid-1940s, Irving Berlin suggested to Jack Warner that Cole Porter’s life would make a dandy subject for a movie. Warner was delighted with the idea. Porter was even more delighted, particularly when it was announced that the lead role in what would become Night and Day had been assigned to dashing Cary Grant.

Such is just one of the delectable tidbits that Stevie Holland dishes out in her effervescent one-woman show Love, Linda: The Life of Mrs. Cole Porter. Written by Holland and her husband, Gary William Friedman, Love, Linda enjoyed nearly a yearlong run of SRO performances throughout 2009 before taking a brief hiatus. It is now back in full, sophisticated swing, playing Wednesday nights at Manhattan’s Triad Theater. An “original cast” album was also recently released on Holland and Friedman’s own 150 Music label. (It is currently available on iTunes and at Amazon.com).

Beginning with the laughably fictitious Night and Day, the Porter story has been told (truthfully or otherwise) numerable times since. Porter’s longtime pal George Eels delivered the first full biography, The Life That Late He Lead in 1967. Though an excellent analysis of Porter’s career, like Night and Day it carefully sidestepped the elephant in the Porter salon – Cole’s lifelong homosexuality. Significantly more candid was Charles Schwartz’s Cole Porter, released in 1979. It was eclipsed in 1995 by William McBrien’s arguably definitive portrait, also title simply Cole Porter. That same year saw the release of a video biography, hosted by Bobby Short, which focused more on the evolution of Porter’s music than his personal history. There have also been two dual biographies of Porter and Noel Coward. Stephen Citron’s intelligent and insightful Noel & Cole appeared in 1992, followed three years later by the comparatively shoddy and salacious Genius and Lust: The Creativity and Sexuality of Cole Porter and Noel Coward by Joe Morella and George Mazzei. Then, in 2004, there appeared a second film biography, the disappointing but well intentioned De-Lovely, starring a reasonably well-cast Kevin Kline as Porter. This time around, Porter’s sexual proclivities were woven into the fabric of the story. As in Night and Day, though, the rather relevant fact that Linda was eight years Cole’s senior was overlooked. In the 1946 film, dewy Alexis Smith plays Linda. She is appropriately lovely (Linda Porter was widely acknowledges as one of the most beautiful women to ever emerge from the American south) but, at age 25, far too young opposite the 42-year-old Grant. In De-Lovely, the choice of Ashley Judd (again, stunning, and this time genuinely southern, but young enough to look more like Kline’s kid sister than his near decade-older wife) was equally misleading.

Through all and sundry biographical treatments have explored the tremendous influence Linda had on Cole’s creativity, no one prior to Holland and Friedman has thought to examine the Porters’ unusual yet richly satisfying union from Linda’s perspective.

I’m not sure of Holland’s lineage, so don’t know if she’s a genuine Dixie chick, but applaud the honey-drippin’ accent she adopts for the narrative portions of Love, Linda. Holland dots the evening with vibrant anecdotes, ranging from the humorous peculiarity of Linda and Cole’s first meeting (she thought he was a hired pianist, and offered him a gig at an dinner party she was hosting the following night) to highlights of their star- and royalty-studded social whirls through Paris, New York and Hollywood.

Understandably, though, the majority of the story is told in song, with 19 Cole Porter gems wrapped in appropriately elegant arrangements and orchestrations, all shaped by Friedman. Each song is deployed in one of three clever ways. Some, in context, provide refreshing perspective on the incongruousness of the Porters’ relationship. “What Is This Thing Called Love,” with its plaintive cry to the heavens above to solve love’s mystery, and “In the Still of the Night” with the telling query, “do you love me as I love you?,” speak directly to Linda’s frustrations with a marriage that could be simultaneously deeply satisfying and exasperatingly incomprehensible. So, too, “You Do Something to Me,” particularly the notion that the “something” in question “completely mystifies.” Also, there’s “Let’s Misbehave,” complete with a winking acknowledgement of how broad the landscape for misbehavior can be, and “Love for Sale,” a sly reminder that Linda was independently wealthy when she met Cole, as was he thanks to both his work and a substantial inheritance from his Indiana grandfather, so neither needed to marry for money. And there’s “Let’s Be Buddies,” written as a showstopper for Ethel Merman in Panama Hattie but an ideal summation of Cole and Linda’s largely chaste yet fulfilling partnership.

A second cluster of songs, including “Ridin’ High,” “I Love Paris” and the globetrotting “Ours,” address the Porters’ coveted roles as international ambassadors of glamour, sophistication and champagne-fueled frivolity. “Miss Otis Regrets” toys with the protocol of upper crust politesse, but also hints at jet set gamesmanship, since the lyric was based on a bet between Porter and his impish chum Monty Woolley that Cole couldn’t derive a song from that title. Top of this list is “The Scampi.” In slightly altered form it would appear (albeit briefly) in Porter’s 1939 Broadway smash Fifty Million Frenchmen as “The Oyster,” but the decidedly more colorful original was written as a bit of high society whimsy for the Porters’ circle of Venetian playmates, and particularly for the Princess di San Faustino (formerly, Holland mischievously observes, heiress Jane Campbell of New Jersey).

Finally, there are the love songs, ranging from the lustiness of the delightfully suggestive “Let’s Do It” and “You’ve Got That Thing” to the soaring joy and mock effervescence of “Wunderbar” and delicate purity of “So In Love,” that variously define the ever-shifting borders of a peerless match that ignored romantic convention in favor of bountiful companionship and absolute respect.

In the process, Holland also skillfully intersperses several Porter rarities, most notably the surprisingly somber “There’s a Hollywood That’s Good” (written for Silk Stockings but cut before the show opened in 1955) and Love, Linda‘s apt closing number, the misty “When a Woman’s In Love.” Though it was originally crafted by Cole for the never-produced film musical Mississippi Belle, it serves as an ideal summation of Linda Porter’s fierce dedication to an exceptional union.

For ticket information for Love, Linda at the Triad, call 212-352-3101 or visit www.lovelindathemusical.com.

If you’d like to share your thoughts on Stevie Holland (or Linda Porter, or Cole Porter), or have ideas or suggestions for future installments of “Hearing Voices,” you can reach me at [email protected]

Depending on how he looks at it, Kenny Garrett’s latest album, Sounds from the Ancestors, has been out for an eternity or an instant. Recorded … END_OF_DOCUMENT_TOKEN_TO_BE_REPLACED

As I delved ever deeper into the 14 albums that document the Larry Goldings/Peter Bernstein/Bill Stewart trio to prepare for our January Zoom conversation, what … END_OF_DOCUMENT_TOKEN_TO_BE_REPLACED

The musical avant-garde is an area where creative people who have earned wisdom through a lifetime of experience can flourish. Wadada Leo Smith, who last … END_OF_DOCUMENT_TOKEN_TO_BE_REPLACED

Wisconsin-born and proud: For all of the avant-everything complexity Ethan Iverson has applied to his solo projects or the sounds he created in his role … END_OF_DOCUMENT_TOKEN_TO_BE_REPLACED