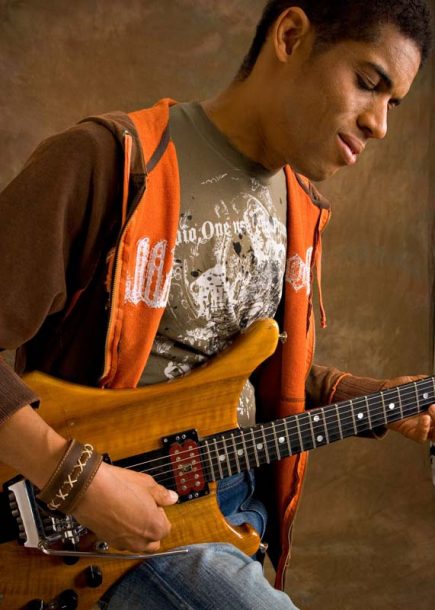 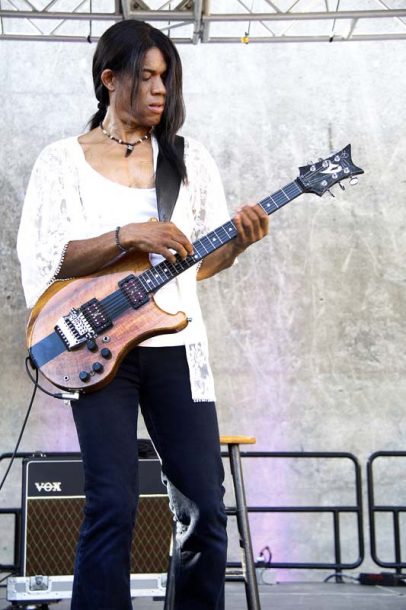 Stanley Jordan at the 2015 Detroit Jazz Festival. Photo courtesy of the festival 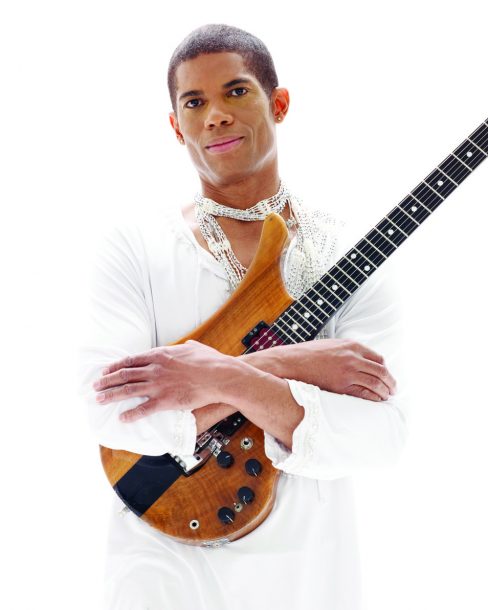 To say that Stanley Jordan turned jazz guitar upside down when he came to prominence in the mid-1980s is almost a literal truth. Emulating the piano, his first instrument, Jordan developed a “touch style” of guitar by fretting with both hands on the neck, opening another contrapuntal avenue for the instrument and setting a new standard of excellence for solo performance. Today Jordan often plays guitar and piano simultaneously, in his own projects and with bassist Charnett Moffett’s NeTTwork, among other groups. His next album for Mack Avenue, which will follow Duets with Kevin Eubanks, is slated for release in 2016.

Lately Jordan has found an enthusiastic welcome on the jam-band circuit, sitting in with the Dave Matthews Band, Umphrey’s McGee and Phil Lesh and Friends. He remains active in software development and music therapy. And along the way there’s been a profound personal change: Jordan has adopted an androgynous “femme” look that he’s spoken very little about until now. He’s reluctant to label himself but happy to relate how his appearance, one of many aspects of his multilayered identity, has everything to do with his art.

Wallace Roney’s departure on the last day of March 2020 was a gut-punch in a year filled with far too many shocks. In the opening … END_OF_DOCUMENT_TOKEN_TO_BE_REPLACED

“I don’t listen to my own music,” Sonny Rollins said in October from his Woodstock home, chewing a Ricola cough drop as he got ready … END_OF_DOCUMENT_TOKEN_TO_BE_REPLACED

Since his rise as a teenage recording artist in South Africa, guitarist and singer/songwriter Jonathan Butler has gained a high international profile with music that … END_OF_DOCUMENT_TOKEN_TO_BE_REPLACED

Over the years, we learned that sometimes it was best to have a musician interview another musician, because there would be an instant ease and … END_OF_DOCUMENT_TOKEN_TO_BE_REPLACED