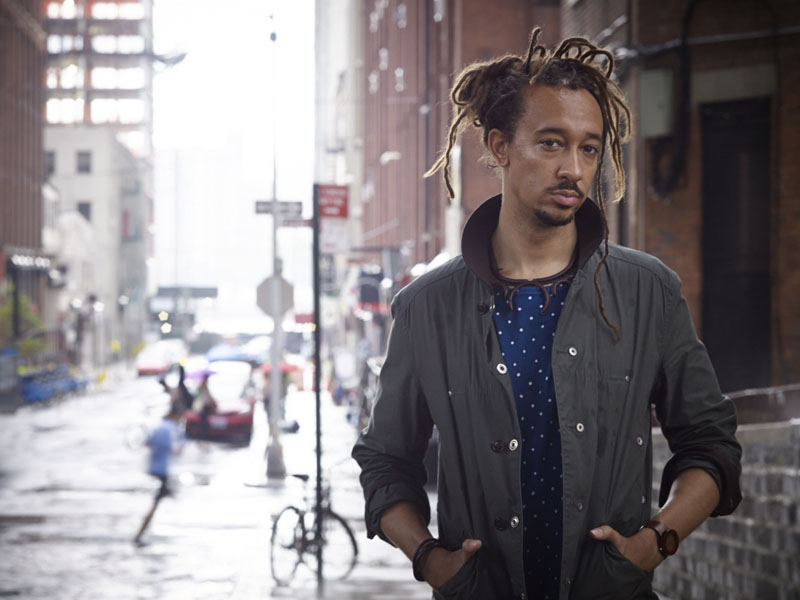 At just 33, Gerald Clayton is no stranger to exploring the roots of jazz. He was a toddler when he first accompanied his father, bassist John Clayton, to gigs around Los Angeles, and later joined John and his brother, saxophonist Jeff, as the pianist in the fiery hard-bop unit the Clayton Brothers.

Clayton recently was commissioned by Duke Performances to compose “Piedmont Blues,” an ambitious interdisciplinary work combining music, dance and film, all in service of paying tribute to that culturally rich area comprising much of the Carolinas and Virginia. The work has been staged at several major performing arts centers and festivals, and it features an eight-piece band plus singer René Marie, dancer Maurice Chestnut and a gospel choir.

Five decades ago, John McLaughlin sensed something monumental was coming in music. “I knew things were going to change,” he said. “All the musicians felt … END_OF_DOCUMENT_TOKEN_TO_BE_REPLACED

Since her early days during the folk revival of the 1960s, Maria Muldaur has been immersed in American roots music of the past—the often quite … END_OF_DOCUMENT_TOKEN_TO_BE_REPLACED

This rare interview with pianist Hans Groiner was recorded on April 8, 2021. JazzTimes: Do you follow the latest trends in jazz? What have you … END_OF_DOCUMENT_TOKEN_TO_BE_REPLACED

The rock world takes a lot of credit for what’s known as the “indie ethos,” or “DIY.” Circumventing the corporate music industry with small labels … END_OF_DOCUMENT_TOKEN_TO_BE_REPLACED