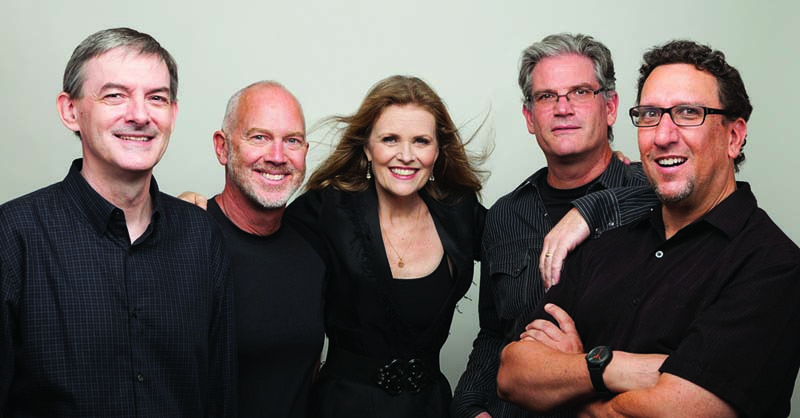 THREE YEARS HAVE PASSED SINCE THE L.A.-BASED TIERNEY

JazzTimes: How did the Eastwood assignment happen?

Tierney Sutton: Clint called me and said, “Can you come down to Warner Brothers next week?” He’d mentioned something in passing at a private concert we’d done for him about two months earlier, about how he might use Christian and me on a project he was doing. I had no idea what he was working on. I knew he was a big fan, and I thought he’d taken a few tracks of ours and wanted to either license them or have us re-record them. We quickly realized he wanted us to score the film!

How did it unfold?

Christian wrote two themes that are in the film and orchestrated all the music you hear. Clint wrote one theme, Christian put chords to it and I wrote the lyrics with a writing partner of mine. The result, “Flying Home,” plays over the end credits. There’s another theme of Christian’s that I wrote a lyric to, “Arrow.” The nice thing is that Varèse Sarabande is releasing a soundtrack album that includes “Arrow,” two versions of the Clint song and all these cues the band improvised that didn’t make it into the film.

From the moment they officially said, “We want you guys as a band to go into the studio with Clint and create an underscore,” within 48 hours we were in the studio. We did two very long days with lots of guidance from Clint. He sat with us for 10 to 12 hours both days.

For the music, what inspiration did you take from the movie?

Clint sat us down and screened the whole film. I said I was so moved by the fact that Sully [Tom Hanks] doesn’t prance around and tell everybody he’s right. He stands inside his doubt with integrity. Christian immediately said, “I have an idea,” and it was the theme that starts the movie, which has a churning, doubting feel to it. By the next day he’d fleshed it out and we were off.

Now, the Sting album: You were around 17 when the Police hit it big.

They were part of my teenage DNA. It was before I was introduced to jazz, and it was interesting to do research on Sting and learn how much jazz influence and jazz background he had.

How did you settle on the program?

I was absolutely ready to include some standards, but Trey was an arranging machine. We gave him the lead role on the project and he took it with reckless abandon. I wasn’t sure what to do with a lot of the core Sting/Police canon, but Trey just killed it.

The first track, “Driven to Tears,” opens with a quote from Kind of Blue.

One of the things I did to prepare was read Sting’s autobiography. The book is filled with references to Miles and Coltrane. So we wanted to begin the album with something Sting would have listened to. And then we quote Miles’ solo from “So What” at the end. I really love singing the lyrics to “Driven to Tears.” [sings] “How can you say that you’re not responsible?” with “So What” in the background.

Depending on how he looks at it, Kenny Garrett’s latest album, Sounds from the Ancestors, has been out for an eternity or an instant. Recorded … END_OF_DOCUMENT_TOKEN_TO_BE_REPLACED

As I delved ever deeper into the 14 albums that document the Larry Goldings/Peter Bernstein/Bill Stewart trio to prepare for our January Zoom conversation, what … END_OF_DOCUMENT_TOKEN_TO_BE_REPLACED

The musical avant-garde is an area where creative people who have earned wisdom through a lifetime of experience can flourish. Wadada Leo Smith, who last … END_OF_DOCUMENT_TOKEN_TO_BE_REPLACED

Wisconsin-born and proud: For all of the avant-everything complexity Ethan Iverson has applied to his solo projects or the sounds he created in his role … END_OF_DOCUMENT_TOKEN_TO_BE_REPLACED