Skip to content
Become a member and get exclusive access to articles, live sessions and more!
Start Your Free Trial
Home > Features > Pat Bianchi: The Magic of Jazz Organ 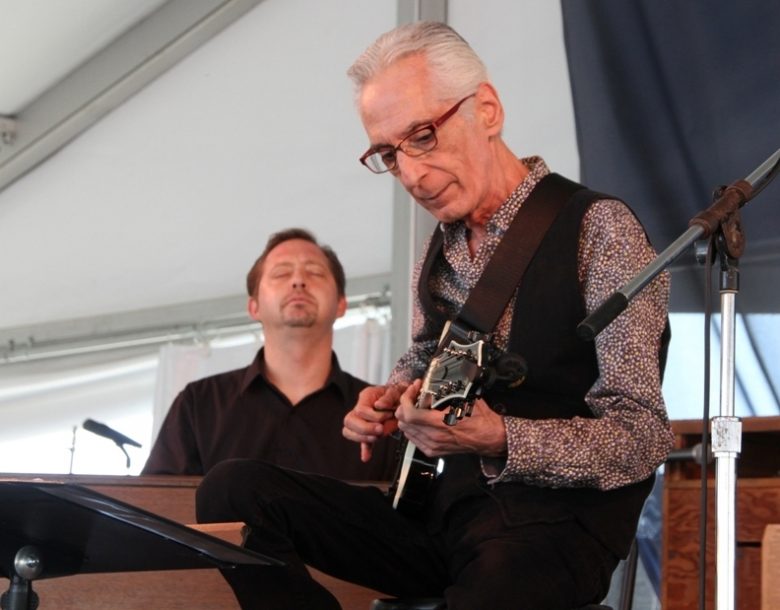 During the 2015 Newport Jazz Festival, JazzTimes set up a make-shift video production studio backstage inside the old barracks of Fort Adams. During three afternoons, a succession of artists-including Mike Stern, James Carter, Arturo O’Farrill, Scott Robinson, Frank Kimbrough, Fred Hersch, Kate McGarry, Billy Childs and many others-came in to talk about the festival, jazz education, their creative process and their own projects. You can also see more of these video interviews at the JazzTimes YouTube channel.

In this interview from Newport, organist Pat Bianchi talked about growing up in the Rochester area and about his musical development and important mentors during his formative years there. He talked about discovering jazz and the organ. Bianchi was performing at the festival with guitarist Pat Martino with whom he’s worked for several years. Bianchi talked about what he’s learned from Martino over the years. Bianchi’s latest album is A Higher Standard, which he discussed as well.

Pat Bianchi on discovering jazz and the organ and on working with Pat Martino:


Pat Bianchi on his album “A Higher Standard”:

Depending on how he looks at it, Kenny Garrett’s latest album, Sounds from the Ancestors, has been out for an eternity or an instant. Recorded … END_OF_DOCUMENT_TOKEN_TO_BE_REPLACED

As I delved ever deeper into the 14 albums that document the Larry Goldings/Peter Bernstein/Bill Stewart trio to prepare for our January Zoom conversation, what … END_OF_DOCUMENT_TOKEN_TO_BE_REPLACED

The musical avant-garde is an area where creative people who have earned wisdom through a lifetime of experience can flourish. Wadada Leo Smith, who last … END_OF_DOCUMENT_TOKEN_TO_BE_REPLACED

Wisconsin-born and proud: For all of the avant-everything complexity Ethan Iverson has applied to his solo projects or the sounds he created in his role … END_OF_DOCUMENT_TOKEN_TO_BE_REPLACED