JazzTimes: Chic was an anomaly of sorts—a live, performing band coming out of a musical style that was more about pre-recorded tracks.

Nile Rodgers: I remember when we were doing music videos in the early ’80s, some of the dancers came up to me and asked, “Can you really play that thing?” I was shocked. In just those few short years people had already forgotten that R&B music was bands. I’m never talking in absolute terms, of course, but when I grew up it was all about bands and they were self-contained, you had to be the songwriter and the performer as well. Parliament and the Isley Brothers and everybody else were real bands. Typically you got a record deal because you had songs and you could play them, but all of a sudden things had changed—it was all about the singer or the singing group, and later the rappers and MCs. By the ’80s, R&B and dance music really became producer-driven music, and you can see now where we are today. The idea of bands basically has gone away.

Chic was a trio at first, with me and [bassist] Bernard [Edwards] and [drummer] Tony [Thompson]. Then later our keyboard player Rob Sabino became the unsung hero of Chic and we were a quartet, and every Chic album had an instrumental because we liked to think of ourselves as jazz/R&B guys who learned how to write pop songs, sort of like Kool & the Gang. That’s why the B-side of our first single was a jazzy instrumental called “São Paulo.” The jazz station in New York City at the time treated it like it was the A side, and for a minute we were getting radio play on both sides of the single right out of the box. It was this crazy dream come true.

There are some great guitar moments in Chic’s catalog and recently, like those B.B. King licks at the start of “Lose Yourself to Dance.”

On the second Chic album [1978’s C’est Chic],we did a song called “Savoir Faire” because I wanted to solo and have the strings play the hooks. I played the hook with the strings but then I’d break off and I’d solo the whole song. That could be considered somewhat self-indulgent, but those were the days where people expected musicians to be self-indulgent.

Bernard and you were the heart and soul of Chic, but he had a different way of thinking about songs, right?

[Laughs] I was this mixed-up kid not knowing where I wanted to go yet, and in 1970 I met this great guy named Bernard Edwards who was a focused kind of bandleader saying do this and do that. He’d ask me, “Why are you writing so many notes in there? Take that out. Keep it simple.” I would put in four sections and he would take out three. I would put in all these chords and he would stop at two.

I met Bernard doing a “15-cent” pickup gig as a last-minute stand-in, and the leader was a trumpet player, Pat Bartholomew, who used to be in Joe Simon’s band. None of us knew each other but Bernard and I took it upon us to whip this group into shape and make a coherent band so we could put on a real show. After our very first show together I said to myself, “I never want to play without this guy playing bass,” and walked over to him and he said, “I was just thinking the same thing about you.”

Bernard told me, “You know, with your in-depth knowledge of harmony and jazz and classical music, we could put together our own band and do all our own orchestrations.” This was when disco was starting to happen and a lot of my favorite jazz artists were getting hit records: Roy Ayers, Norman Connors, Joe Beck, Herbie Mann had “Hijack.” So we thought we would do the same thing.

We were more studio cats by then. It was a clique. Everybody worked with everybody. One day Luther Vandross was working on David Bowie’s Young Americans, then I was Luther’s guitar player for a while. He was my boss one week, the next week I had a hit record and so I was his boss. If you look at Chic’s first few albums, we had the greatest musicians in the world and many of them were jazz cats, from Jon Faddis to the Brecker Brothers, to classical players like [harpist] Gloria Agostini to the New York Philharmonic.

First it was classical.

You started with classical music?

Absolutely. My classical guitar teacher was Julio Prol. Julio was fantastic. He took me to meet Andrés Segovia. I even played at the Library of Performing Arts! I really thought I was going to be a concert guitarist at the start. Thank God I had already been a classical musician prior to meeting Ted Dunbar, because when he gave me things like Oliver Nelson’s Patterns [for Improvisation] and [George Russell’s] Lydian Chromatic Concept [of Tonal Organization], I could read those books and play them right there in front of him, and I could tell he was thinking, “Wow, this dude is all right.”

Jazz was everywhere when you were growing up here in New York City.

My parents were beatniks. They had a way of talkin’, they had a way of walkin’. It was always cool to be a part of that. Our house was a hotbed of what we called modern jazz back in the day, and it was the foundation of what I was going to become—I just had no idea at the time. I had to go through a bunch of things on my own. I ran away from home when I was around 14, and by the time I was around 16 I was living with my girlfriend at the time, and I used to be a real hippie. The same way my parents spoke in a bebop language, I had this hippie speak. And you know how nowadays you have sophisticated ways of coloring hair? In the old days we would just buy food coloring and put it in our hair, and if the sun would hit it right, you’d have a green Afro.

My music ideas were just as mixed up—I remember wanting to put together a band that’s [in hippie lilt] a cross between Fairport Convention, Jefferson Airplane, a little bit of Hendrix meets Mahavishnu Orchestra, maybe Dave Holland, you know.

Is this when you started going to Jazzmobile?

I was around 18 by this point and I met Dr. Billy Taylor and Ted Dunbar and I got serious. With Ted, everything was about reading music and playing and being disciplined. But more than that was just getting comfortable with music, because if you’re going to play live or on a session you want to be comfortable. You want to be able to hear all the tonal centers no matter where you are on the neck, which is what’s great about the George Van Eps technique—you can start to read music right away. When you’re in the studio time is money, so Ted helped me get to the point that I could read a chart right away even if it wasn’t going to be the part that I finalized. I could read piano charts and play the parts on guitar because I could transpose pretty much on the spot.

Ted could see how focused I was. I don’t say this to compliment myself because that’s not the kind of guy I am, but he used to recommend me for a lot of gigs, and one time I asked him why he picked me. He said, “Because you’re my best student.” I kept thinking, “I’m still here taking lessons, I can’t kill it yet, and there’s a lot of people that play better than I do. Why would you call me your best student?”

Ted said, “Nile, let me ask you a question. I know you don’t have much money. Why are you paying to take private lessons with me?” I said, “Because I want to learn to make records, I want to play concerts, I want to write songs, anything I can think of in music I want to do.” He said, “Well, you cando all of that.” “Really? How?” He said, “Play better.” [Laughs] Then he asked me, “Nile, all these things that you want, what if none of them ever happens?” Before he even got the last word out of his mouth, I said, “I’ll keep trying.” He said, “You’re my best student because you’re never going to give up. I know you’re never going to stop.”

The life of Nile Rodgers is a completely romantic crazy life of believing anything is possible and sometimes being faced with the reality that no, it’s not possible. 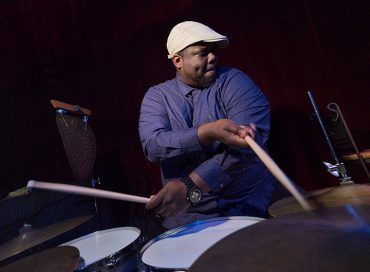